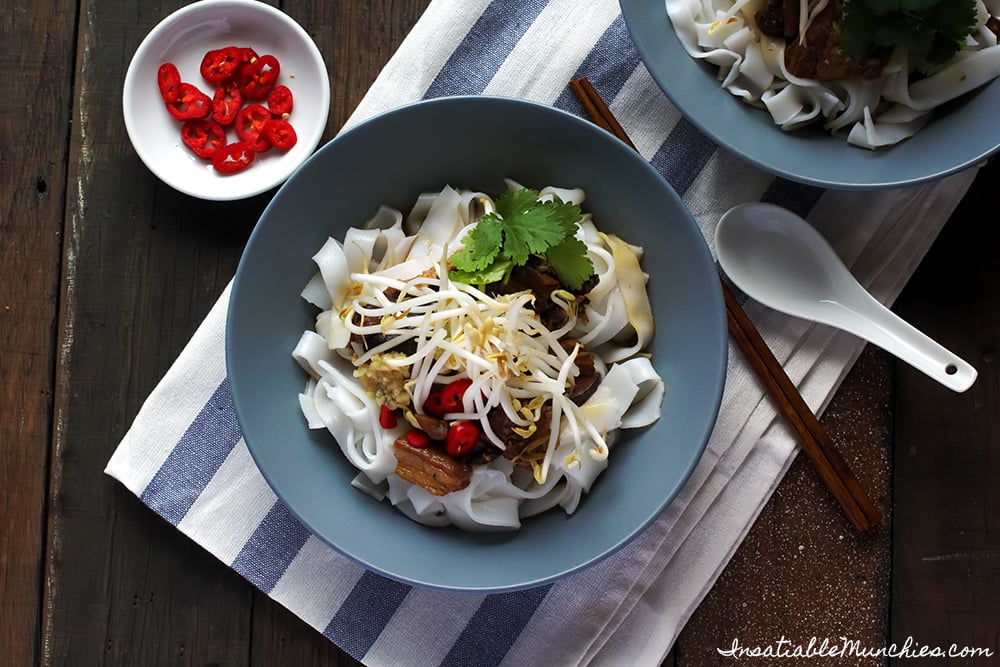 Winter weather puts me in the mood for noodles. There’s just something insanely comforting about soft silky noodles steeped in soup or a stew, soaking up all that beautiful flavour.

I absolutely fell in love with Tanoonmai’s Bangkok Steamed Noodles when I went the other day, but unfortunately, Chatswood isn’t right next door to me, and sometimes you gotta listen when that craving strikes!

So based on the description from the restaurant – pork and mushroom cooked in a soy based broth – I found this recipe for Moo Palo from Thai Food Master. Incredibly, this recipe works soooo well. I was a little worried at first since the broth didn’t look quite dark enough, but I’m happy to report that the longer it stews, the darker it gets, and the deeper the flavour. 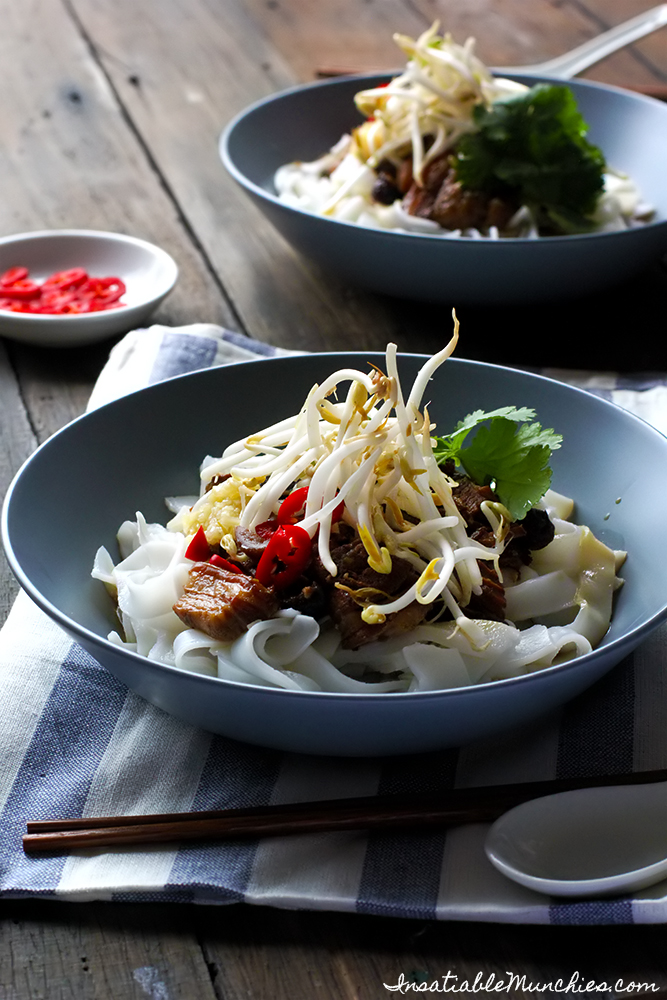 Chilli, to serve
Bean sprouts, to garnish
Minced garlic, to serve (I use the ones in jars for convenience, but you can mince garlic finely and add it to oil)

Cut off the leafy ends off the coriander and reserve for garnish. To keep them fresh, place the leafy ends on a damp paper towel, cling wrap it loosely, and put it in the fridge. Scrape the roots clean with a knife, and place into a food processor or mortar and pestle. Roughly chop the garlic, and add it to the coriander, with the peppercorns. Process or pound into a paste.

Cut the pork belly into 2cm pieces, and mix it into the coriander paste. Leave to marinate for 30 minutes.

Meanwhile, add the shiitake mushrooms to about a cup of recently boiled water to rehydrate. Let sit for about 15 minutes. Cut the bean curd into pieces roughly 2cmx1cmx2cm, so that it’s roughly the same size as the pork belly. Put the bean curd in a container or bowl, cover, and place in the fridge.

Drain the shiitake mushrooms into another bowl and reserve the liquid. Put the mushrooms in a separate bowl to cool.

Brown the pork belly in some oil, over high heat, doing this in batches if you have to.

Put the pork belly back into the pot, with all the aromatics – star anise, 5 spice powder, cinnamon quills – and the sauces. Add the reserved mushroom water, and then add enough water to cover the pork belly. Once the shiitake mushrooms are cool enough to handle, slice them. If you are using large shiitake mushrooms, the stalk might be tough and woody, so you might want to remove that. The smaller mushrooms are fine. Add to the pot.

Cover and simmer for an hour and a half.

Check the stew every so often, and top it up with more water if you need to. Skim off the top layer of oil every so often. If you’d like, you can leave the oil on, chill the pot once the stew is done (let it cool before you put it in the fridge!), and just take off the solidified fat layer off the top. Add in the firm tofu after the first hour and a half, and then stew for another hour. Remember, the longer you stew it, the darker it gets, and the deeper the flavour!

When you’re ready to serve, place the rice noodles in a colander and sit the colander inside of a bowl large enough to hold it completely. If you’ve kept your rice noodles in the fridge, they are likely to be as hard as a brick. With the colander inside of the large bowl, start filling it with warm water from a tap. The idea is to gently bring the brick to room temperature to loosen and separate the noodles, without turning the outer layer of noodles into mush.

Let the noodles sit for about 15 minutes, then lift the colander, tip out the water, and repeat till the noodles are all loosened. Repeat till the rice noodles are separate and silky. Just before serving, run warm water over the noodles and use your fingers and sift through them, making sure that they’re not sticking together. Using tongs tend to break up the noodles, giving you small pieces instead of long strands.

To serve, place some noodles in a shallow bowl, or deep plate, and top with the stew. Place a handful of crisp bean sprouts over the top, a small teaspoon of garlic on the side, and garnish with the coriander leaves and sliced chilli.

A comforting bowl of noodle and stew to tuck into, and one of those recipes that you can make in a big batch ahead of time! The stew freezes well, so that can be pre-portioned for an emergency lunch. The noodles are best fresh, so just buy small amounts of noodles when you want to eat it. 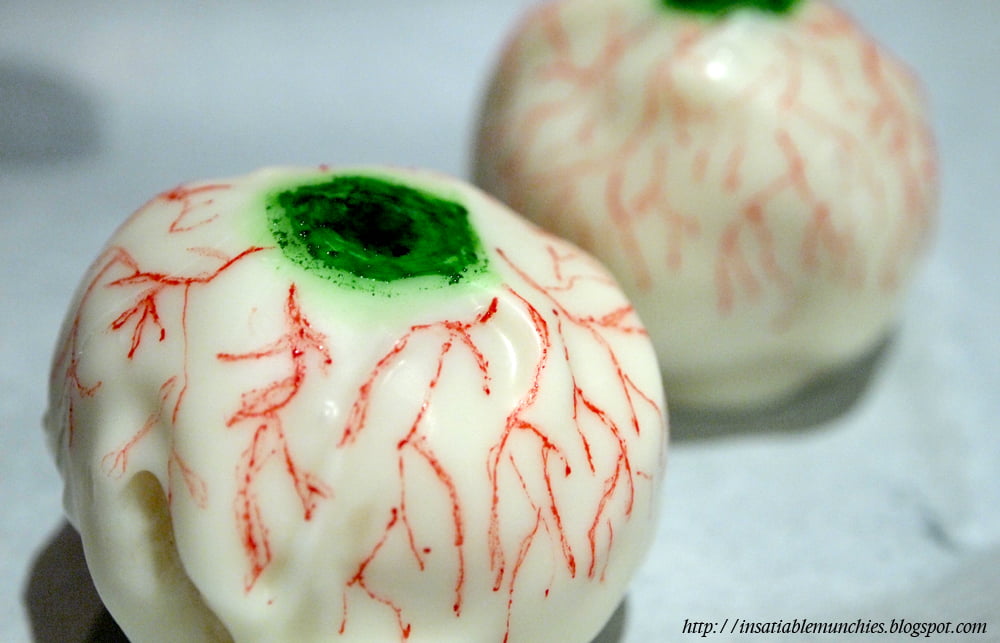 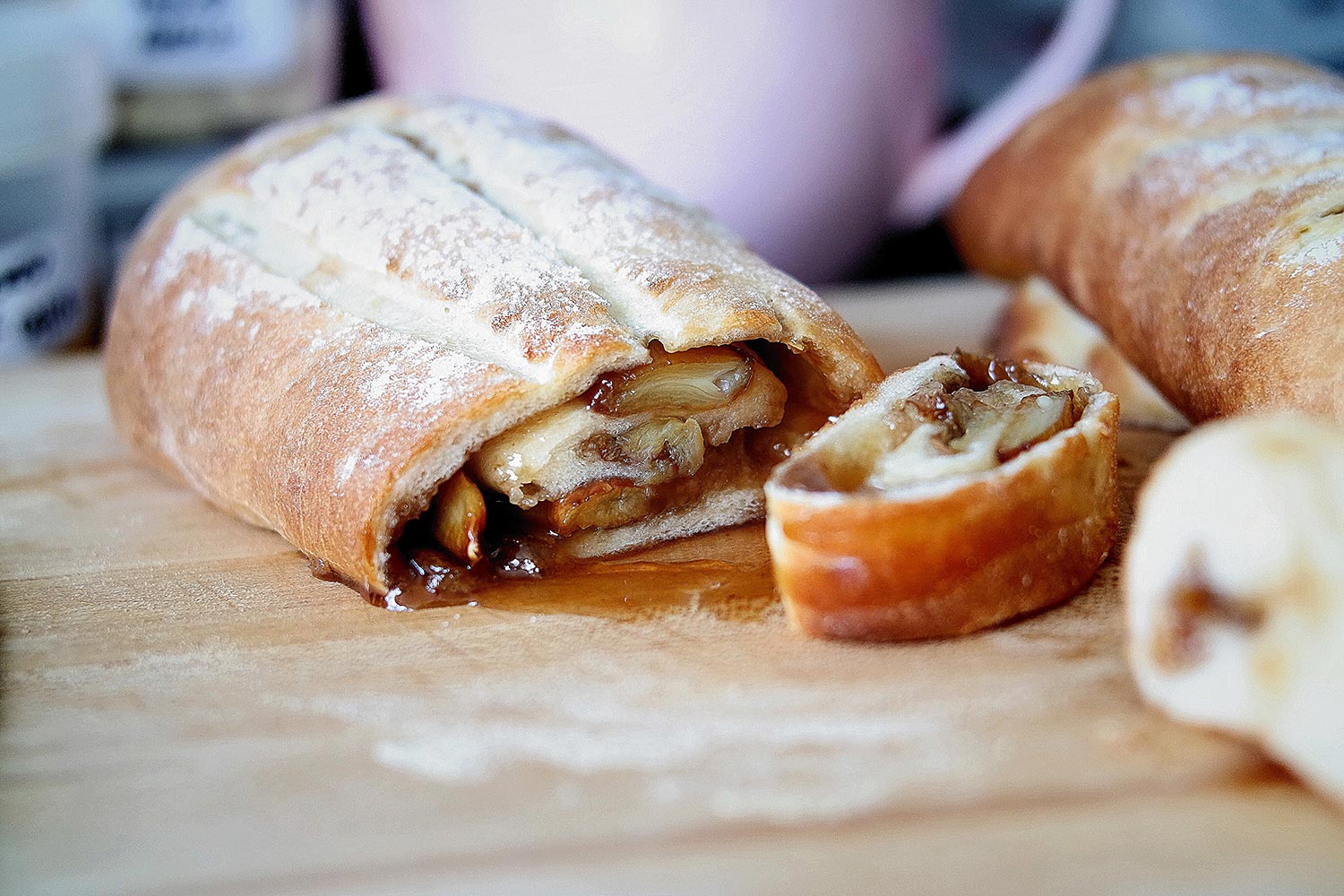 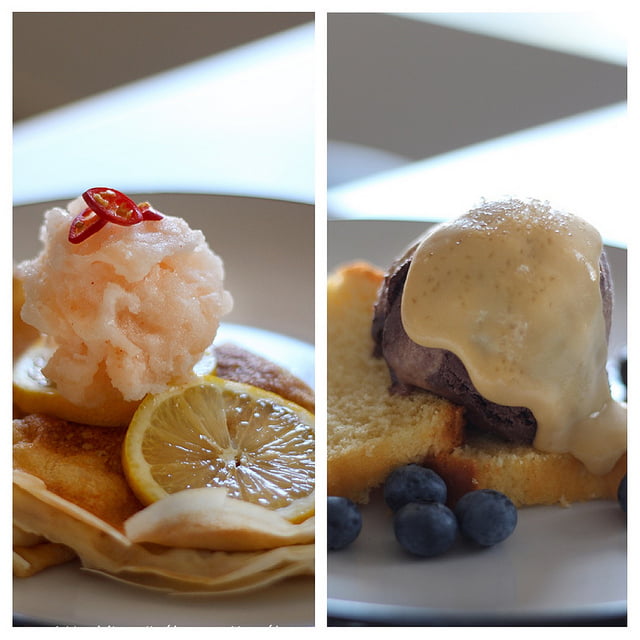