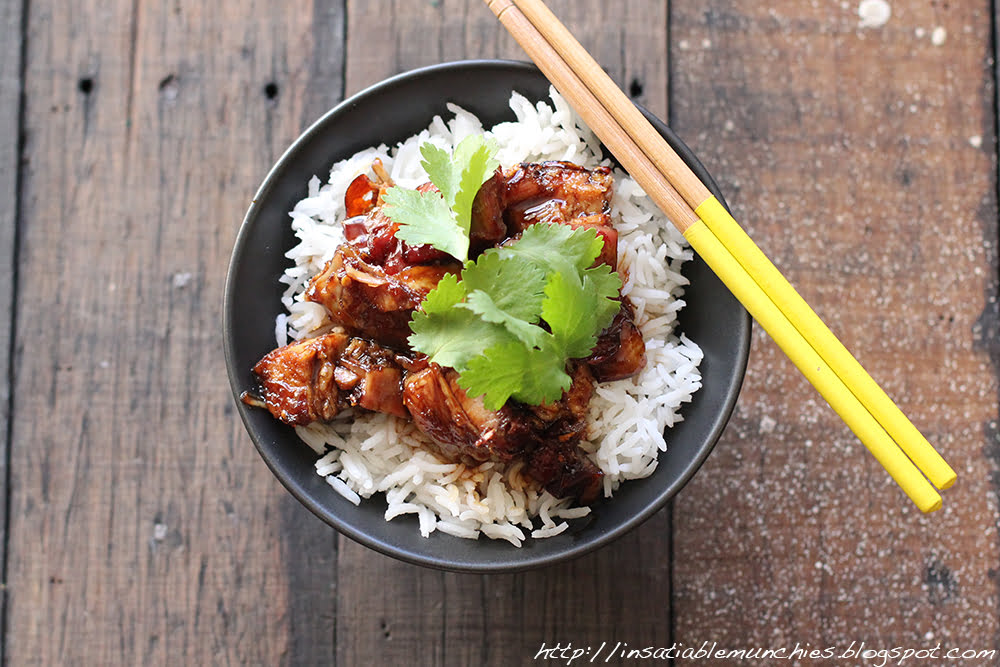 Here’s the thing with two-person households. You read a recipe that you like, often written for four or six, and then you make it, only to find that even though the both of you are stuffed, there’s still plenty of leftover to go around. Sure, you can halve the recipe, but sometimes that really affects cooking times, and I find it easier just to try and do something interesting with the leftovers!

So if you’ve tried my Slow Roasted Pork Belly recipe and you have leftovers – like I did – here’s something that you can try with them!

As with all my posts about leftovers, I’m not big on quantities because I never know how much leftover I’ve got exactly. But it’s really easy to just keep tasting as you go, and tweaking as you see fit.

I first fried off the garlic and coriander roots till they were nice and brown. Then I added the pork belly pieces and the sauces. I used a couple of tablespoons of each, then added some water as well. The fish sauce can be really salty, so use it with a light hand and tread lightly.

Then in went the sugar, chopped chilli, and ginger – you can slice your ginger if you like, but I grated mine in because I keep the ginger in the freezer.

Make sure there’s enough liquid to at least 3/4 cover the rest of the ingredients in your pot. Put a lid on and simmer for approximately 45 minutes, or till the sauce is the consistency/concentration that you want.

The best part about these types of recipe is that you can let it cook pretty much as long as you want, so long as there’s still liquid in the pot. There was once I completely forgot about it and left it on the stove – no matter! I just added a touch of hot water from the kettle and we’re off and running again. 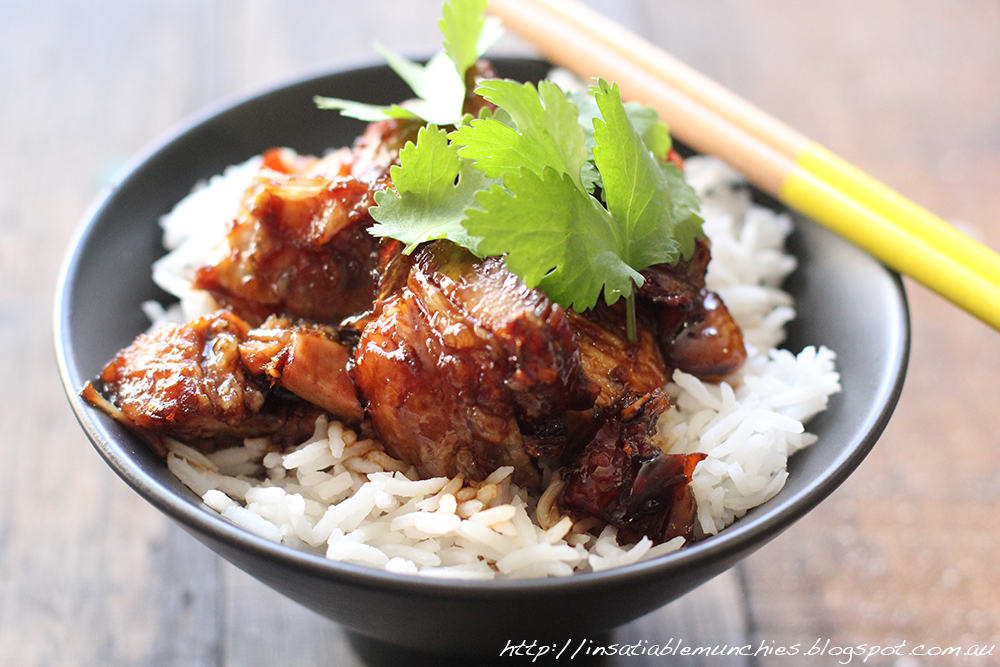 You can also adjust the flavours to your liking. Star anise and cinnamon sticks seem like popular (and logical) choices to add to the braise, and you can add some honey instead of brown sugar if you’ve got some. I just sort of taste it as I go and see what I feel like. Much better than – in my opinion – trying to reheat a cold roast and drying it out.

What are your favourite things to do with leftover roasts? 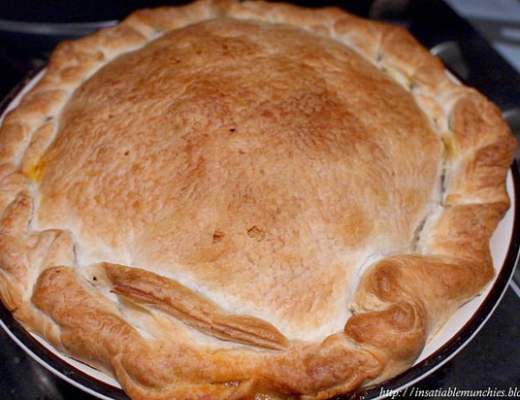 When the Moon hits your eye… 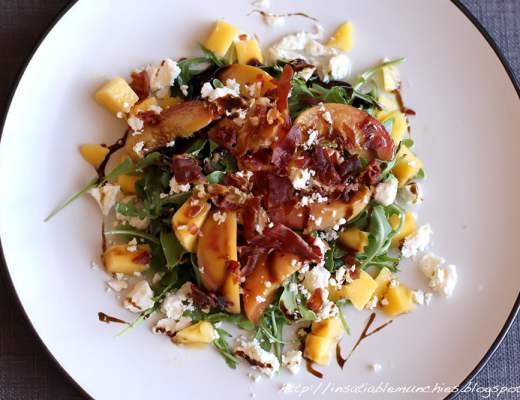 What I ate: Peach and Crispy Prosciutto Salad 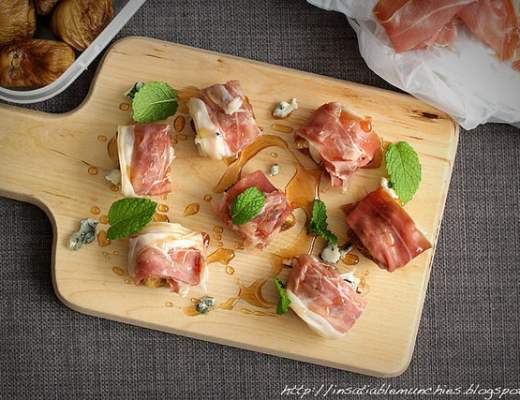 What I ate: Prosciutto and Dried Fig Canapes