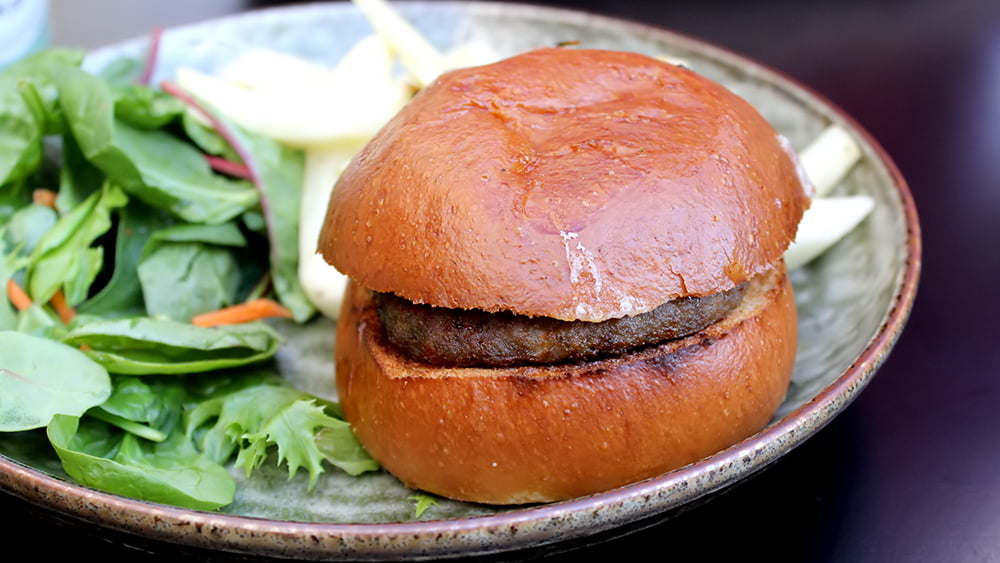 Have you seen a sadder burger?

We had taken a long walk to Rhodes and were starving. Ribs and Burgers had been on my list of places to try for a long while, but some how – yes I know I’ve been living under a rock – I completely forgot that it was Good Friday, and that just about everywhere was closed for the holiday.

But we wanted ribs, and we wanted burgers, and WE WANTED IT NOWWWWWW.

So we decided to try Chambers Fine Coffee and Wine Bar, which also had ribs and burgers on the menu.

The interior was clean and modern, and seemed like a fun little place to dine at. The weather was beautiful, so the tables and chairs that were set up on the side walk were also great options. There was a selection of pastry and breads very nicely laid out, and it gave me a good feeling about the place. 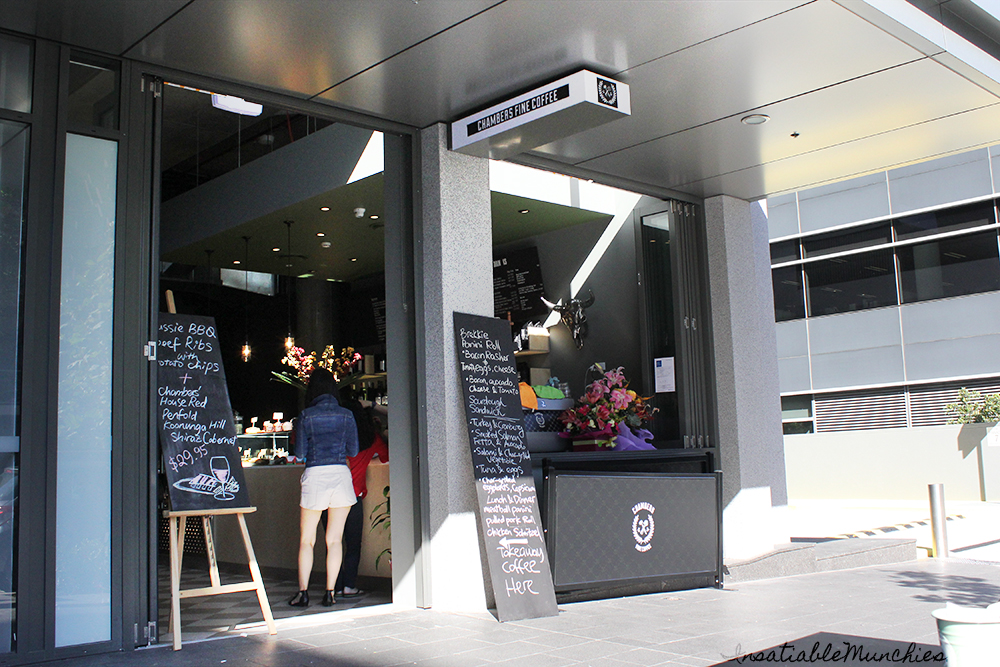 Well sometimes, feelings are not meant to be trusted. We were there for lunch, so we ordered the beef burger ($22) and the beef ribs ($22). The price was a bit steep for a burger, in my opinion, but we really had a hankering for burgers so we went ahead with it. Boy, were we in for a shock. 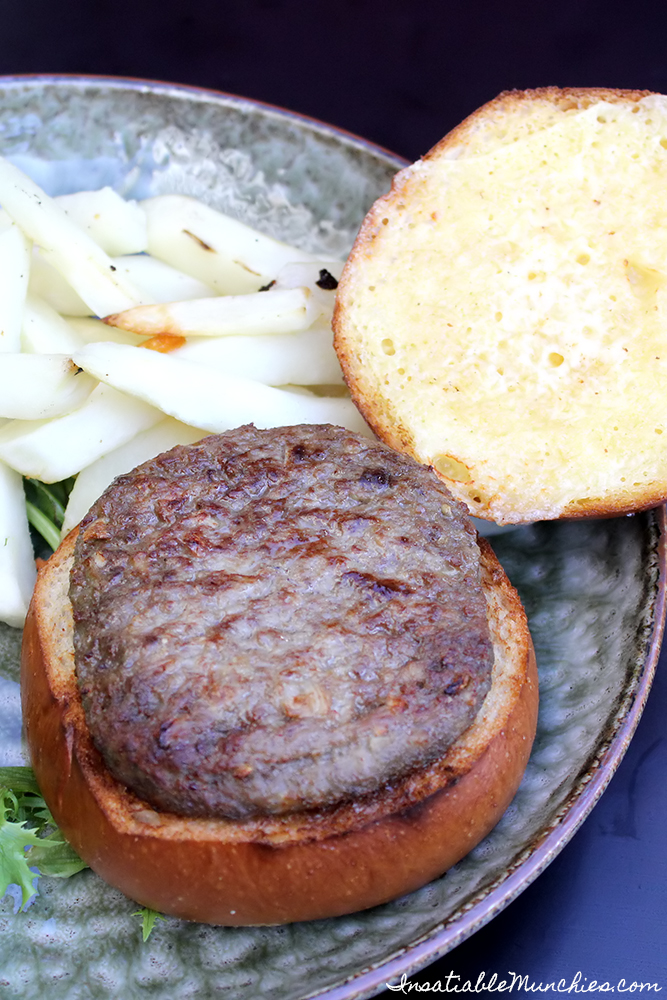 The burger came, a lone patty in a bun. We first looked for the cheese, and found a wafer-thin layer melted onto the top half of the brioche bun. The burger patty had just enough flavour for a patty, but there was really nothing else to help it along. No onions, no sauce, no nothing. WHERE IS THE REST OF MY BURGER???

But we picked it up anyway and tried to give it a chance.

Halfway through the burger, the ribs arrived. 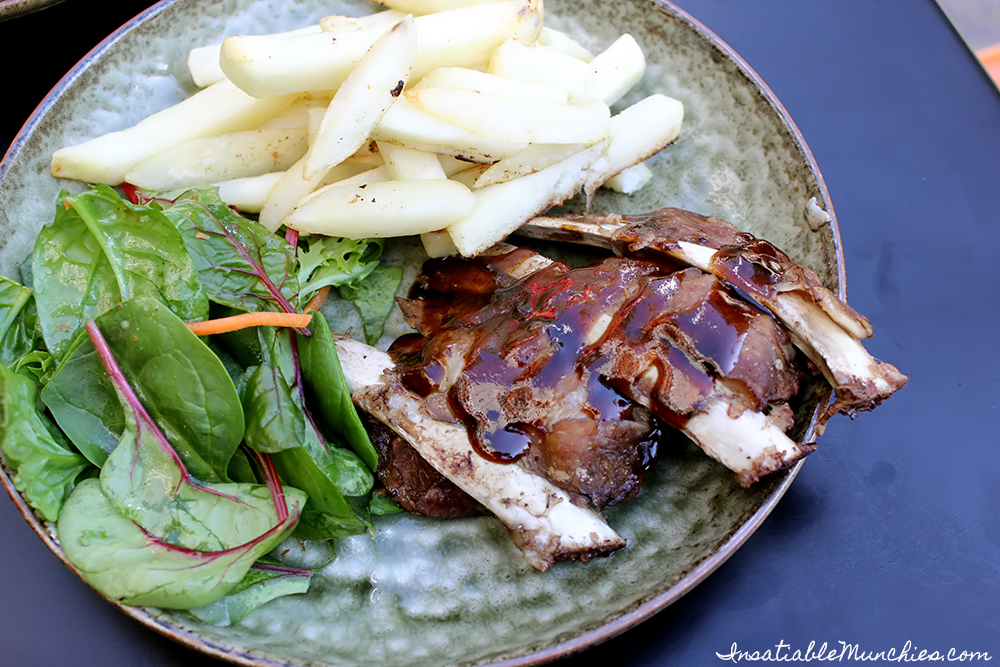 The ribs were tender, but pretty naked except for a thin squeeze of barbecue sauce, rather than the crusty glaze that I had been expecting, you know, because it’s RIBS.

But the cherry on top of the bad bad icing was the chips. CHIPS that are meant to be heavenly, crisp hot morsels of salted potato at its best. Instead, what we got was pallid, pale, flaccid, and limp bits of what looked like boiled potato. Boiled strips of potato that should’ve been so satisfying. Add to that a blah salad on the side, and you’ve got two very frustrated diners. And the fries were consistent across the burger AND the ribs. so it wasn’t a ‘bad batch’.

It also didn’t help when we heard the table next to us making similar complaining noises.

To top it all off, we had a bucket holding our cutlery and serviettes. We had two sets given to us – one each. We had kept one of the serviettes in the bucket because it was a windy day, together with one of the cutlery sets – we were eating the burger with our hands, but were planning to use the remaining set to try the salad with. In the middle of this shocking lunch, the remaining cutlery set and serviette was just taken from our table, and deposited at another one. Without any warning!!!!! So we were left to share the one remaining serviette between our two dirty hands.

We did plan to order coffee at the end of the meal to take with us, but after the experience, we gave up and just walked away. Needless to say, this is not something I’d pay to go through again. 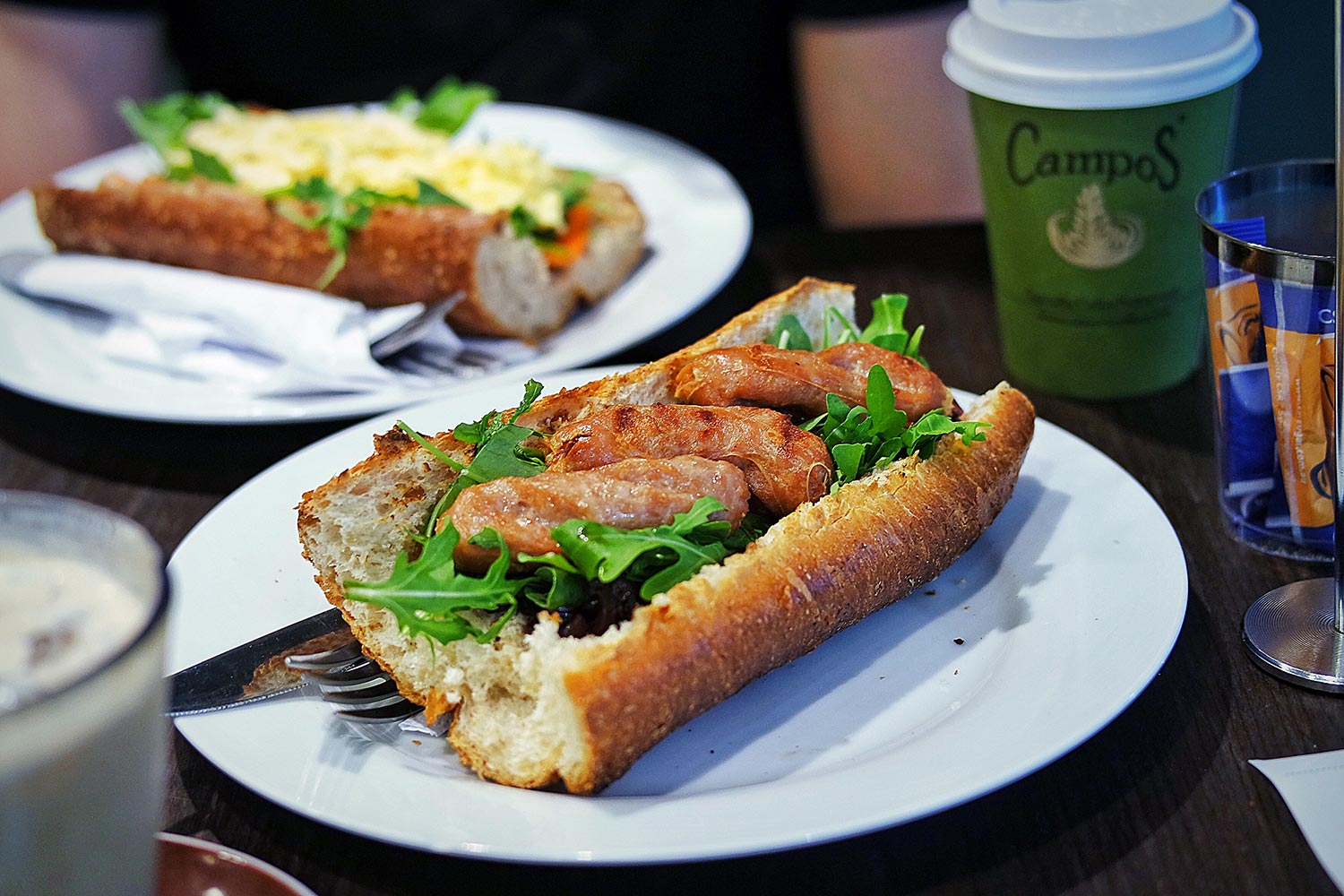 How are scrambled eggs like actors? Taste Baguette, Sydney 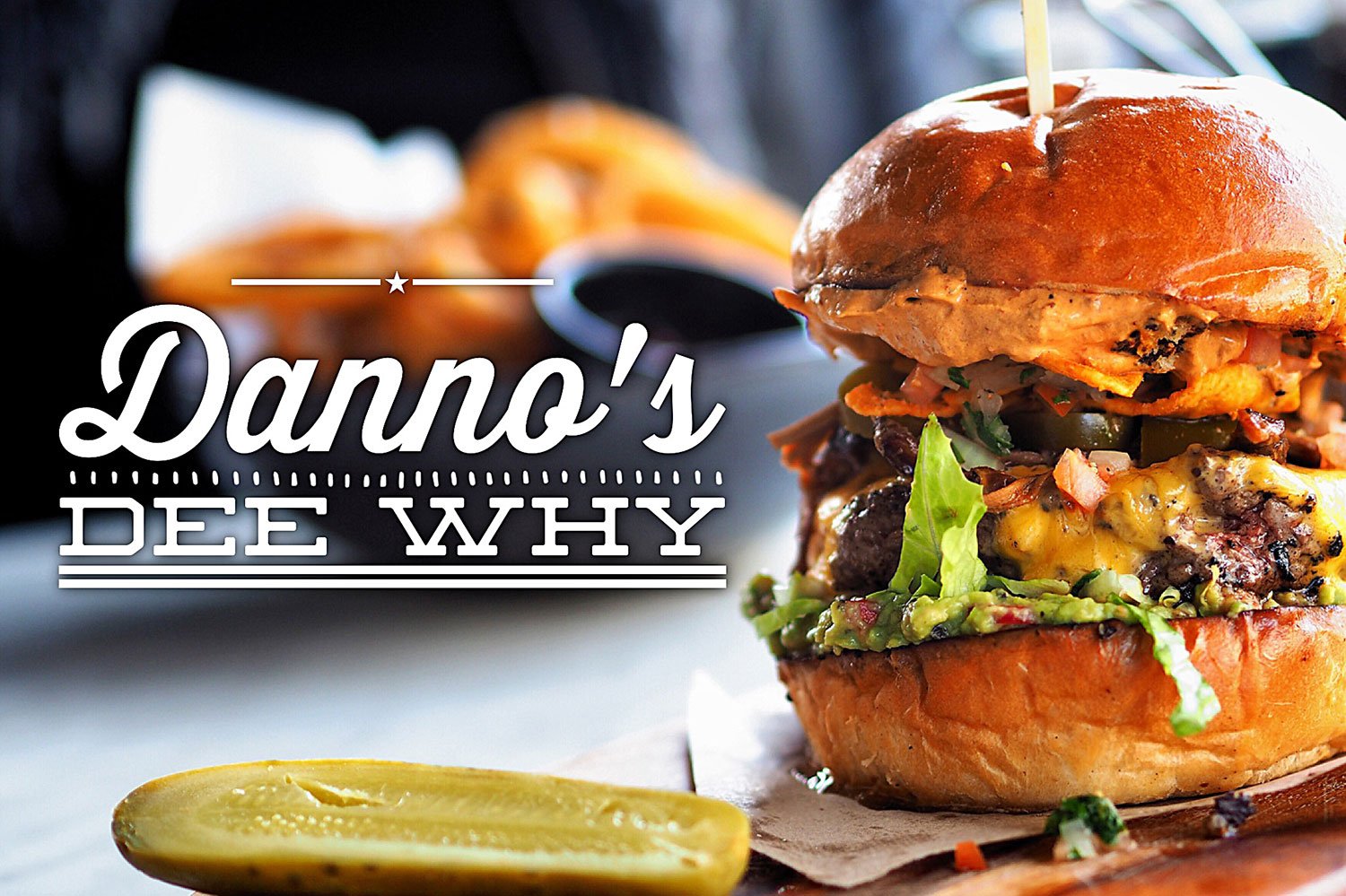 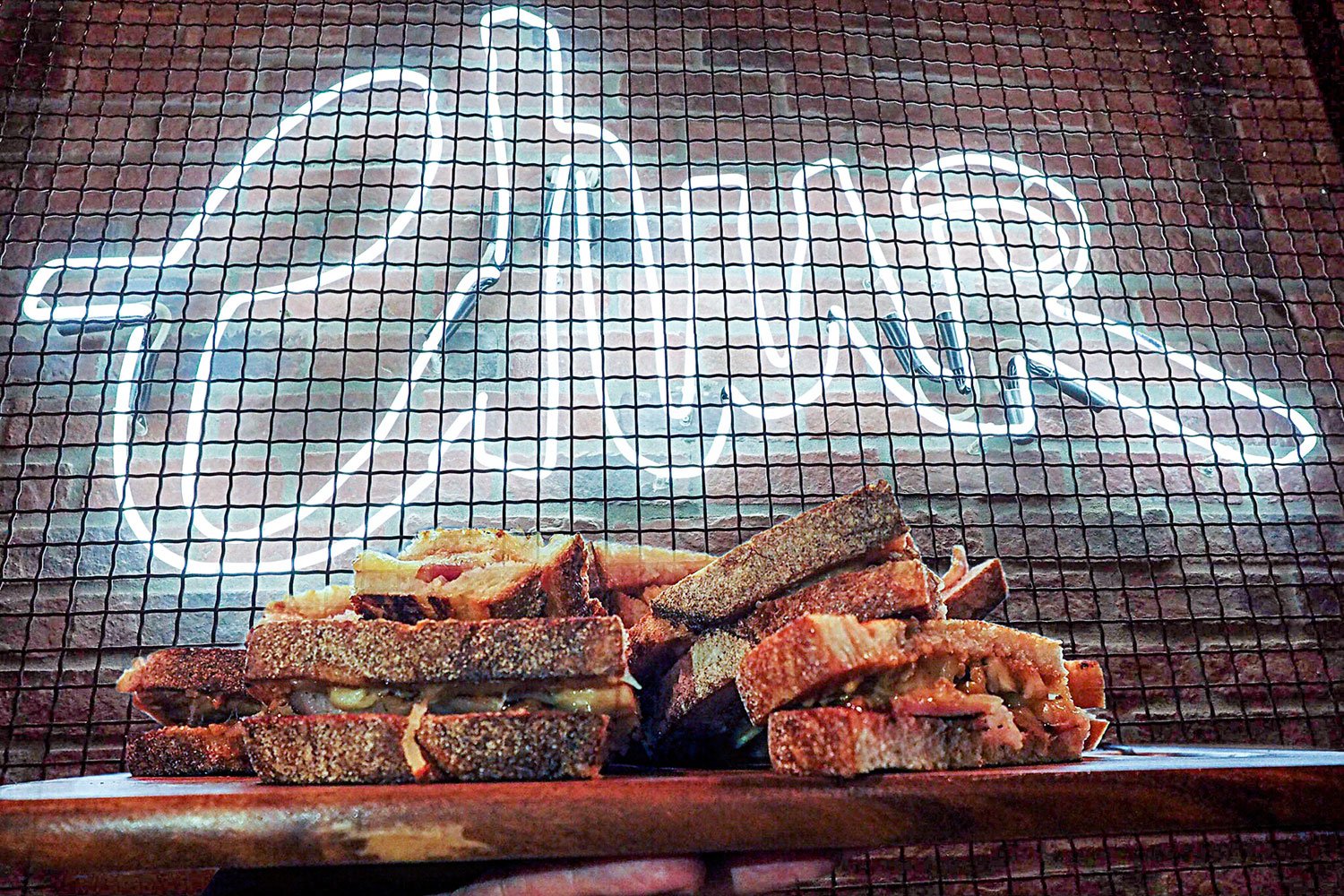