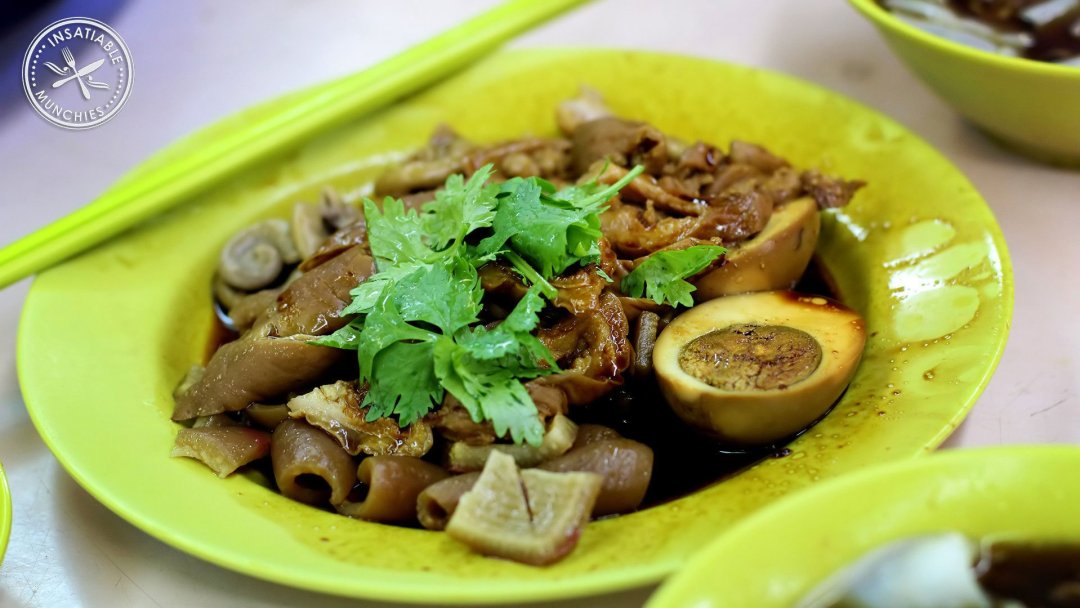 It can be very hard to explain to a non-Singaporean the concept of Kway Chap – after all, how do you describe what is essentially a Singaporean version of haggis, except that it’s all chopped up and not stuffed into a sheep’s stomach.

Well, I’m sure going to try, because this local delicacy is not only worth the explanation, it’s worth the effort. 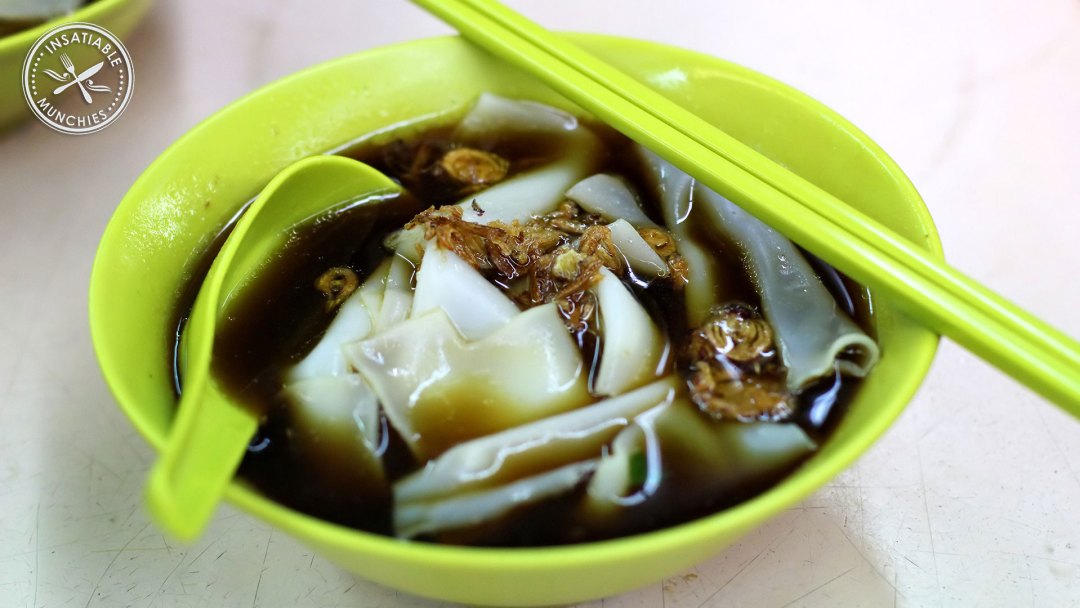 It comes from the same source as Kway Teow, but in this case the rice noodle is left in broad, flat sheets, rather than cut into long noodles. These noodles are boiled, and served up in a broth flavoured with the other ingredients it’s served up with – the offal and other tasty bits.

Now we’re getting to the good stuff. Because as comforting as a bowl of noodle in broth is, this is really all about that unique mixture of other ingredients.

As a dish, Kway Chap has Teochew origins. Pork belly, pork skin, as well as intestines – both large and small – tofu – both dried and firm – other internal organs and hard boiled eggs, are braised in a soy based broth, that is flavoured with garlic, ginger and a heady mixture of spices (some use just Chinese 5 spice, some add others). These ingredients are then taken out of the braising liquid, chopped up, and then served alongside the rice noodle sheets. The chilli is equally important in this – there is something about the spice and tang of the chilli sauce that makes my mouth water.

I’ve tried time and again to find a good recipe for the whole shebang, chilli included, but hawkers are notoriously secretive with their recipes – they view it as their life’s blood, and would mostly rather die with the secret than pass it on to someone who isn’t related or an apprentice.

This particular stall in the neighbourhood of Bishan is only open from 8:30pm to 4:00am, and the queue starts almost immediately. And if you’ve ever eaten in Singapore, a queue is a reliable sign that something is worth trying. During the day, this same stall sells rice and veg combinations, and at night, transforms into the source of a popular comfort food.

Even writing this now my mouth is watering with a salty goodness of it all. The small intestines were springy and possessed an addictive bite, and the large intestines were tender and well cleaned – it can be notoriously difficult to get rid of an offal smell that many find offensive. The other bits of meat are braised to comforting tenderness, and when paired with the bowl of noodles, made for an extremely good homecoming – especially since this was my first meal in Singapore upon landing. 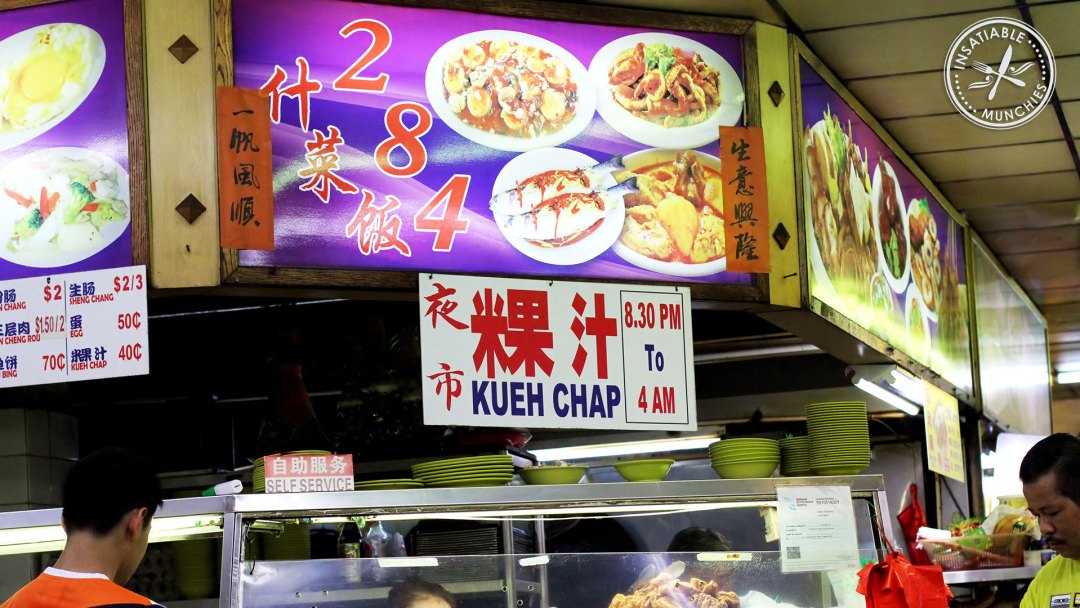 As far as the standard of this particular stall, I find it one of the (much) better ones, although I’m informed by my mother that it’s a little on the pricey side, by Singapore standards (SGD$10.40 for two people). I love the richness in flavour, and the speed of service – queue or not, we didn’t have to wait too long, and it was conveniently delivered to our table. I don’t know that it was head and shoulders over other stalls – I love the way they deal with the offal, but if you’re not an offal person you may be hard pressed to tell the difference – but I definitely recommend it as a late night dining option.

Because in Singapore, it’s all about the night life. 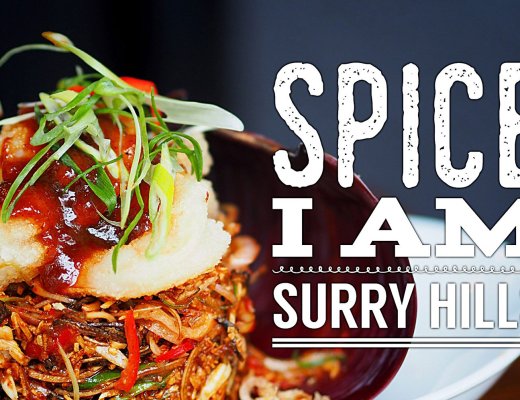 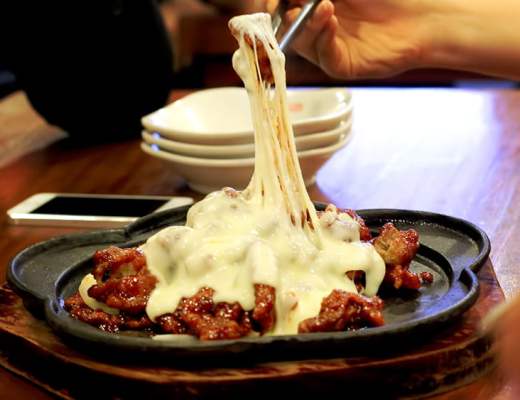 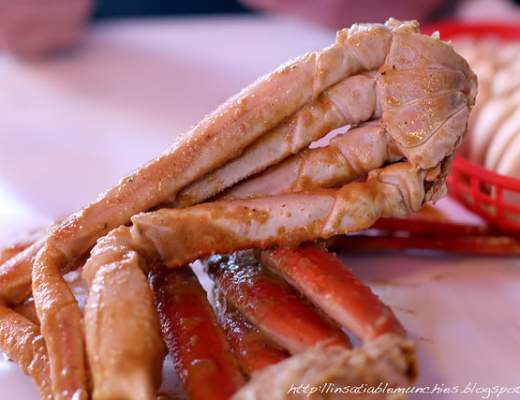