After going on my first official food crawl, I have to admit that I’m hooked. There’s just something really exciting – to me anyway – about the prospect of eating a huge variety of dishes with a large group.

Which is why when Jen of I Ate My Way Through organised a dinner at Naruone for foodies, I leapt at the chance, hoping that this innocent dinner would turn into an epic food crawl.

After all, when you have foodies together in a group, who knows what will happen? 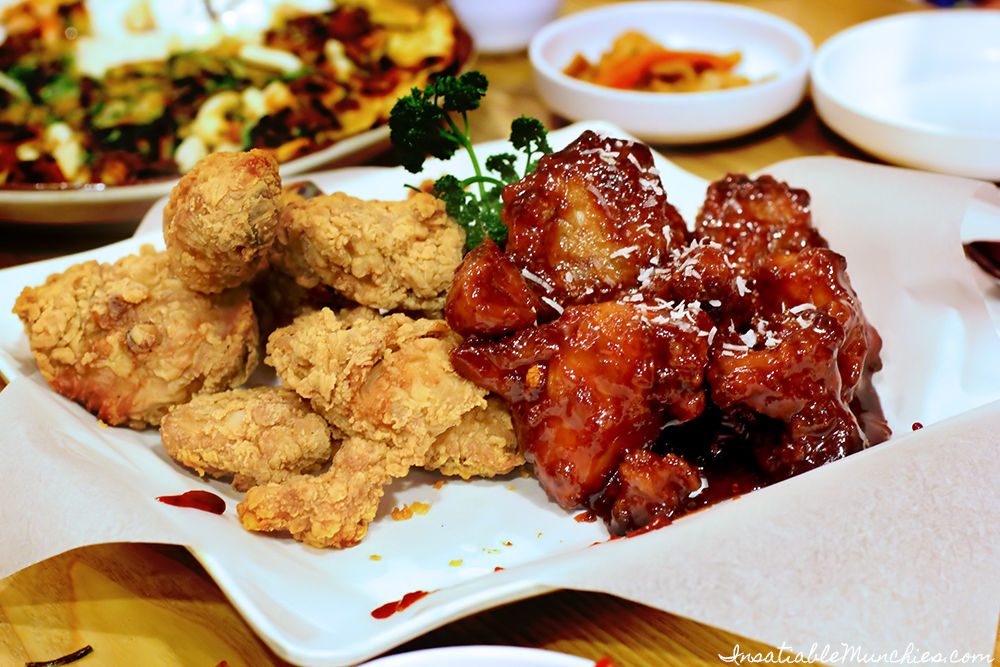 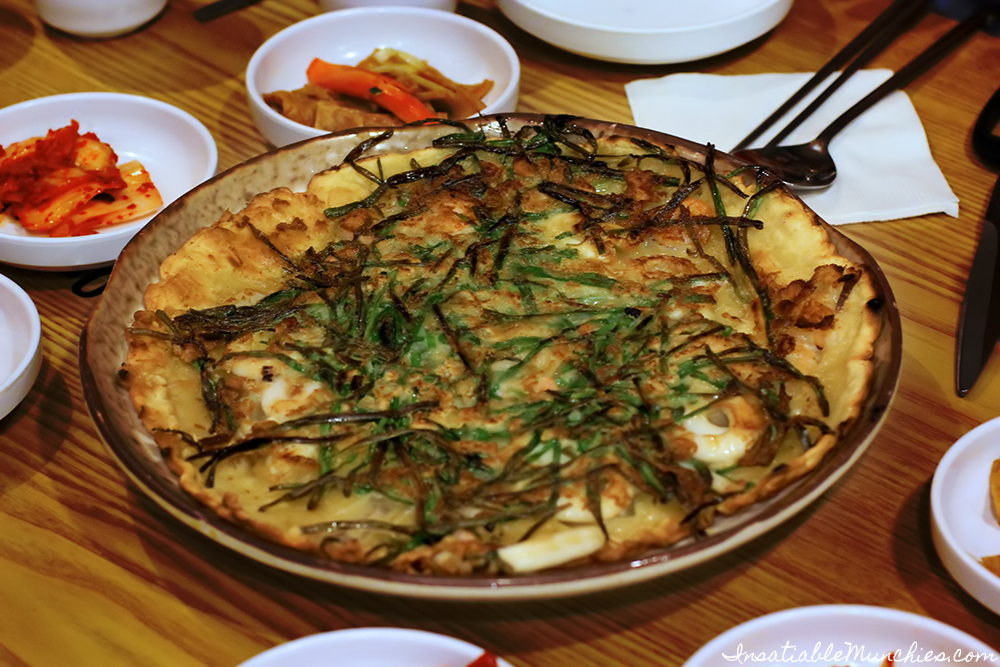 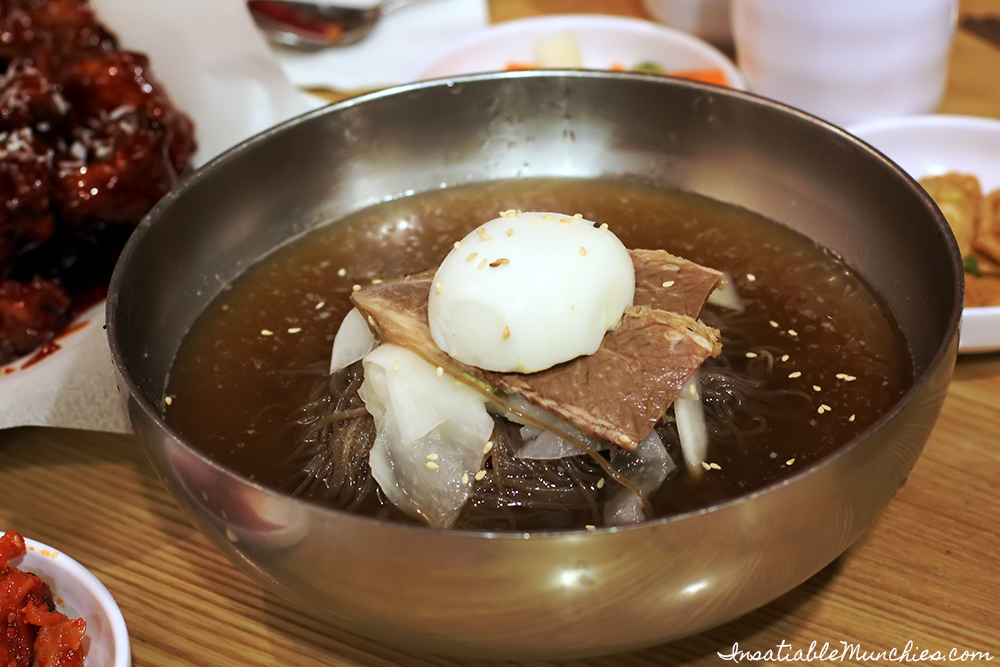 We had the seafood pancake, two orders of Mul Naeng Myeon – Korean buckwheat noodle in a cold soup – and 2 orders of Korean Fried Chicken – original and chilli glazed.

The fried chicken – claimed by some to be the best in Sydney – came out piping hot, with the chilli coating dripping into a sweet syrupy puddle on one side of the plate. Unfortunately, this signature dish was a bit underwhelming to me. Yes, I bit into it with a satisfying crunch, but – and this could be just my luck with the pieces I picked up – the actual chicken meat was on the dry side, and not the juicy moistness that I’ve come to expect from deep fried chicken.

But we want more fried chicken! So onwards we move. 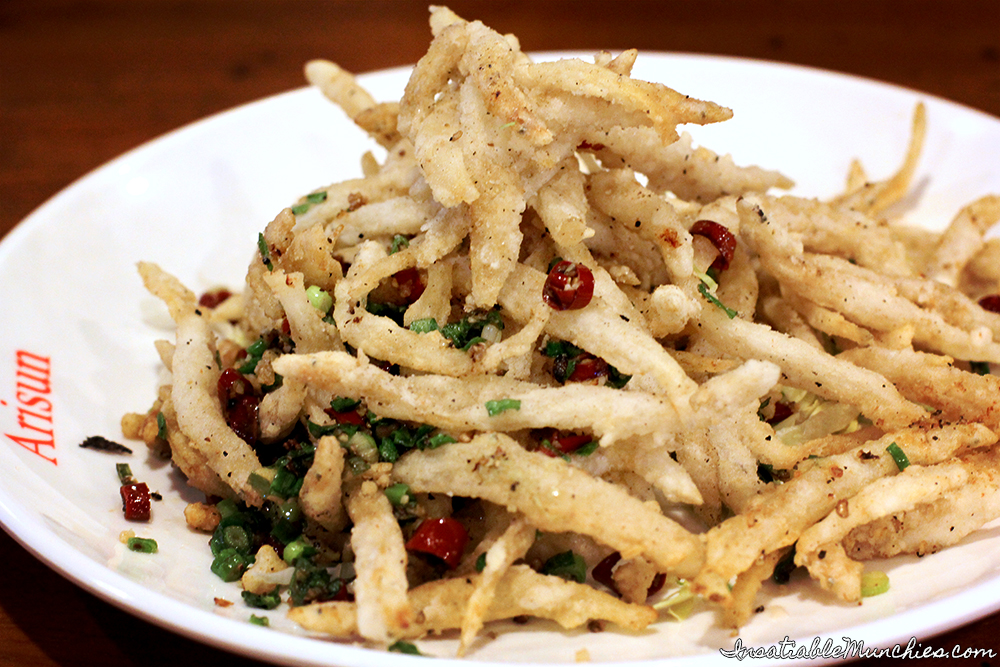 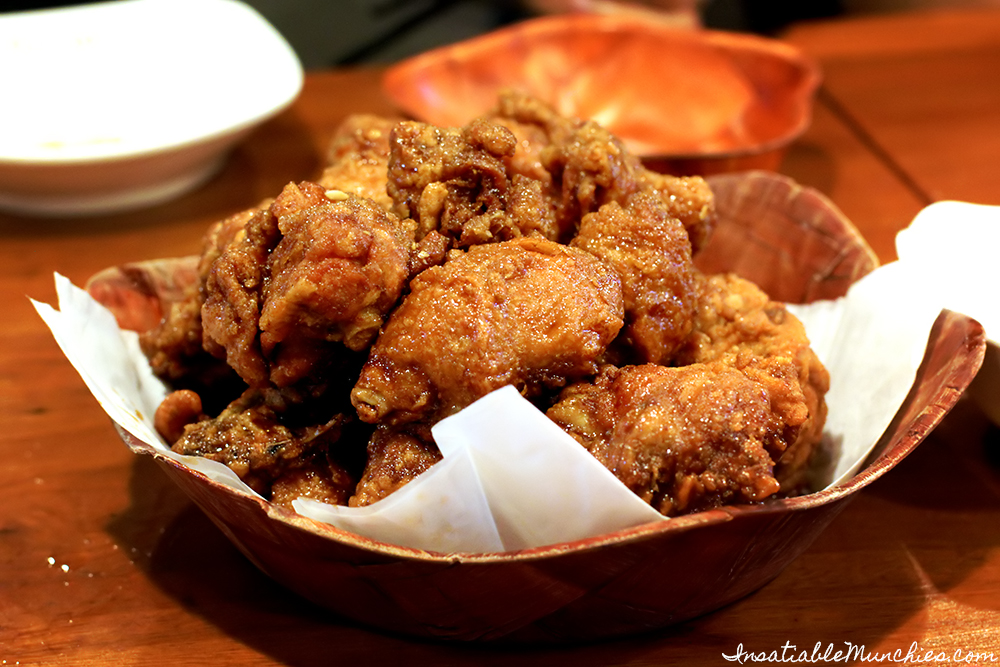 We arrived at Arisun without warning, and they were very nice to actually manage to fit all 13 of us at a long table. It did take about 20 minutes for them to put it together, so we made a quick pitstop at N2 gelato, before heading back for round 2 of the FEASTING!

We ordered the Soy Glazed Fried Chicken, the Chilli Chicken with melted cheese, and the Salt and Pepper Silverfish. The soy chicken gave me that satisfying crunch with juicy interior that I was looking for at Arisun. The glaze was just sticky enough to coat the exterior of the chicken, and lending it a very attractive sheen, but wasn’t enough to make it teeth-stickingly hard to eat, like caramel. The chilli chicken was also similarly satisfying – pieces of tender chicken were coated in spicy chilli sauce, and covered with stretchy, melty mozzarella. Not quite as spicy as Jean’s Chilli Chicken at Eastwood, but just enough to cause that slow burn that is so SO good. I really like that the chicken was already in bite sized pieces – meaning that you don’t need to worry about getting a large, awkward mouthful while trying to have a conversation.

At this point, it seemed like a pretty good idea to move on to dessert. Meetfresh was first suggested – but they were too packed to accommodate such a large group – then we considered ZenQ. But a walk down Sussex street made the final decision for us – there were large, unoccupied tables which we could commandeer at Kanzi, and so that’s where we stopped. 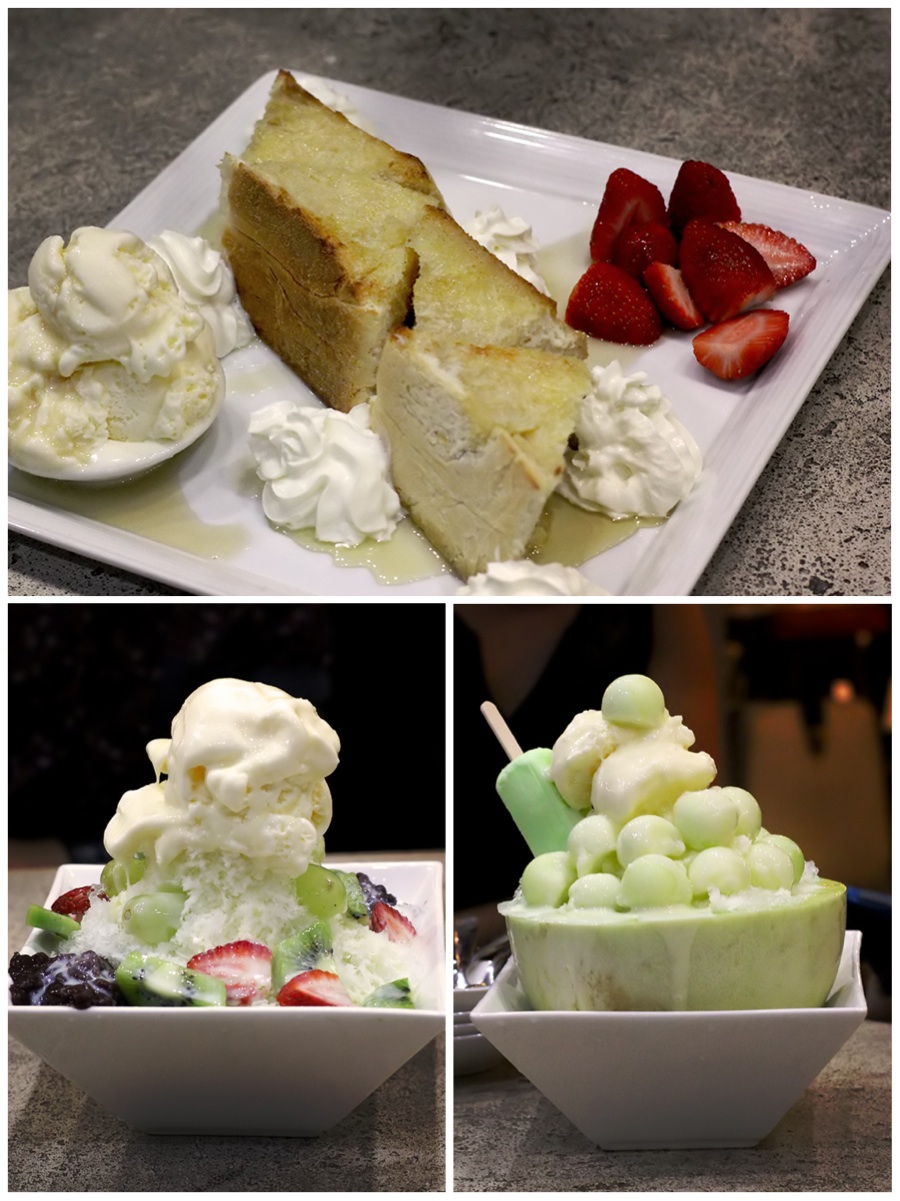 Kanzi is part clothing store, part cafe. Located right below Golden Century – I was seriously considering getting an order of suckling pig – this little store features eclectic furniture and a selection of adorable cakes and sweets.

Oh, and did I mention the free wifi?

We ended up ordering the Honey Toast, the Melon Bing-soo, and the Shaved Ice with Fruit to share between all of us. The Melon Bing-soo was an instant hit – with a mountain of melon balls piled high on shaved ice, covered in condensed milk, topped with creamy vanilla ice cream, and supplemented with a honeydew flavoured popsicle shoved attractively into its side. Sweet, cloying, and yet strangely refreshing, this dessert was definitely made to be shared. The Honey Toast was a hidden gem – the toast wasn’t overly thick, so the honey soaked it all the way through, but you also didn’t feel like you were just eating spoonfuls of honey. Coupled with a few pieces of tart strawberries and creamy ice cream, the Honey Toast ended up being more my speed than the other dishes.

A big thumbs up to Jen of I Ate My Way Through for the superb organisation of this Meetup. I got to meet so many other foodies, and had so much fun!!

Can’t wait till the next one!! 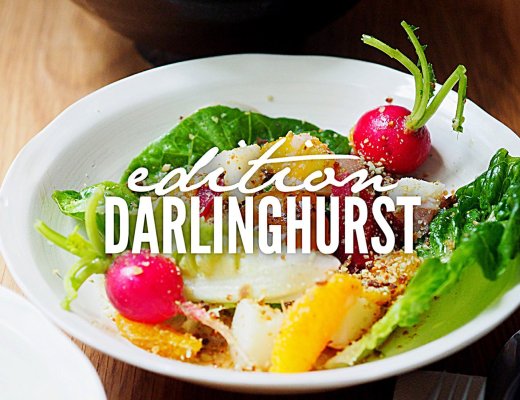