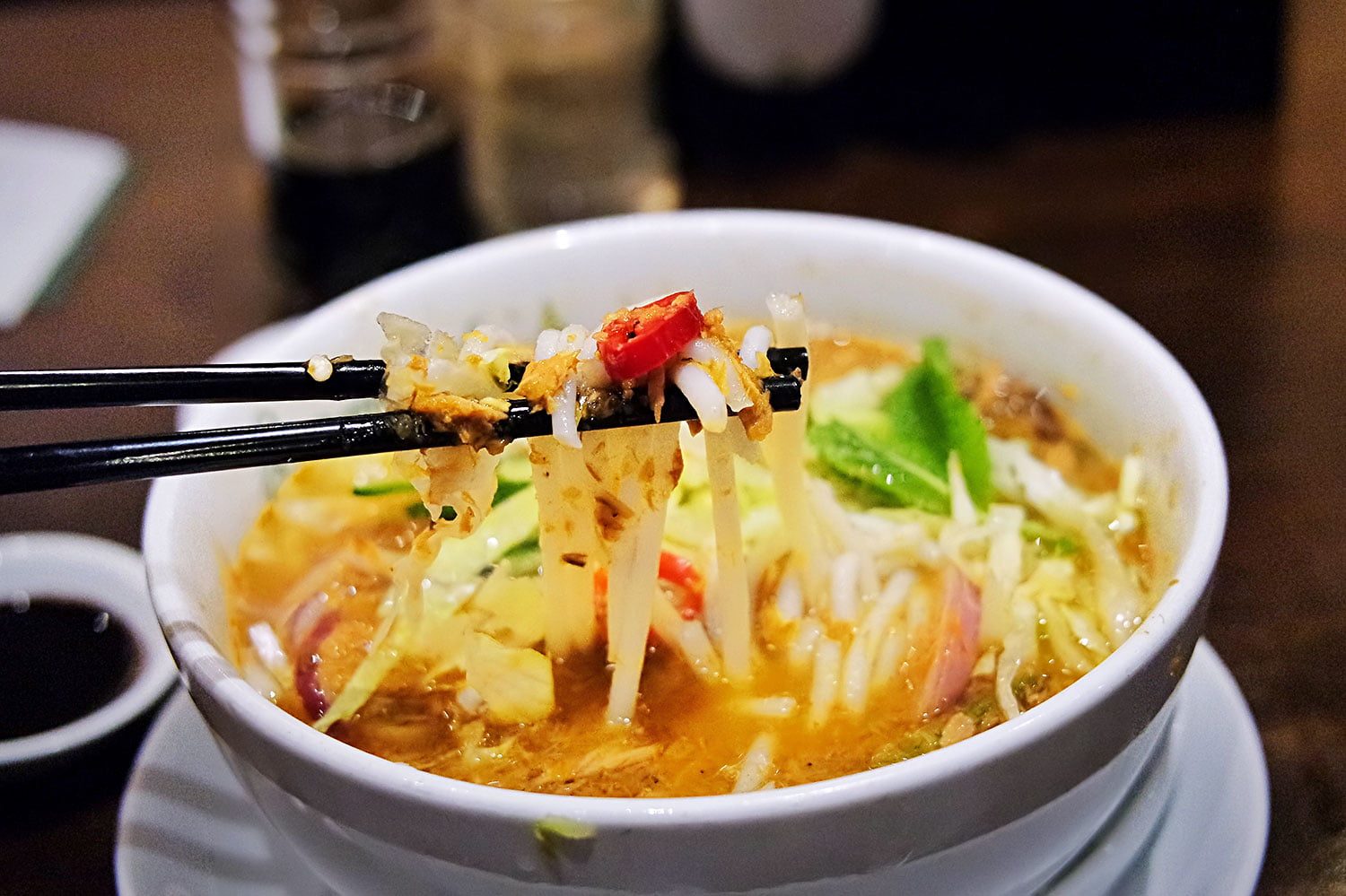 I may be a bit behind the curve here, but I finally caved into my cravings and visited Pappa Rich, for some childhood comforts, right in the busy Chadstone Shopping Mall, in Melbourne.

Rice noodles (Kway Teow) was an absolute addiction when I was a teenager. Commonly served in soup, my favourite thing to do was to first eat all the toppings – which can include pork pieces, fish cakes, seafood – to allow the noodles to soak up the flavour of the soup, and then lift them out of the soup into another bowl, to then mix in a variety of condiments like soy sauce and chilli, to create an absolute flavour bomb. 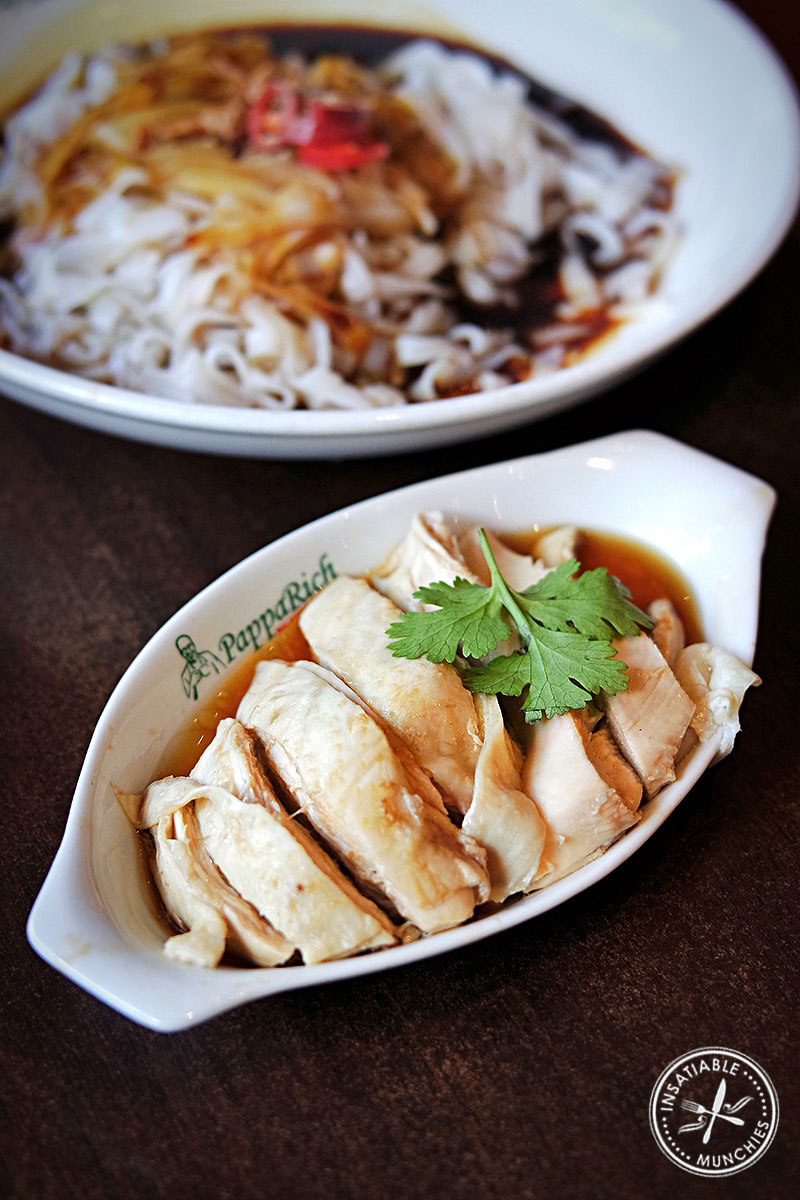 Here, the Kway Teow are served “dry”: meaning that instead of a flavourful broth, it’s served in a puddle of delicious sauce for you to mix your noodles through. The chicken, cooked in the way of Hainanese chicken (cooked in hot stock till it’s just cooked and then plunging it into iced water to prevent overcooking), was silky and tender, and brought back a calm stream of memories, of bustling hawker centres and rotating fans providing temporary relief from the sweltering heat of Singapore. 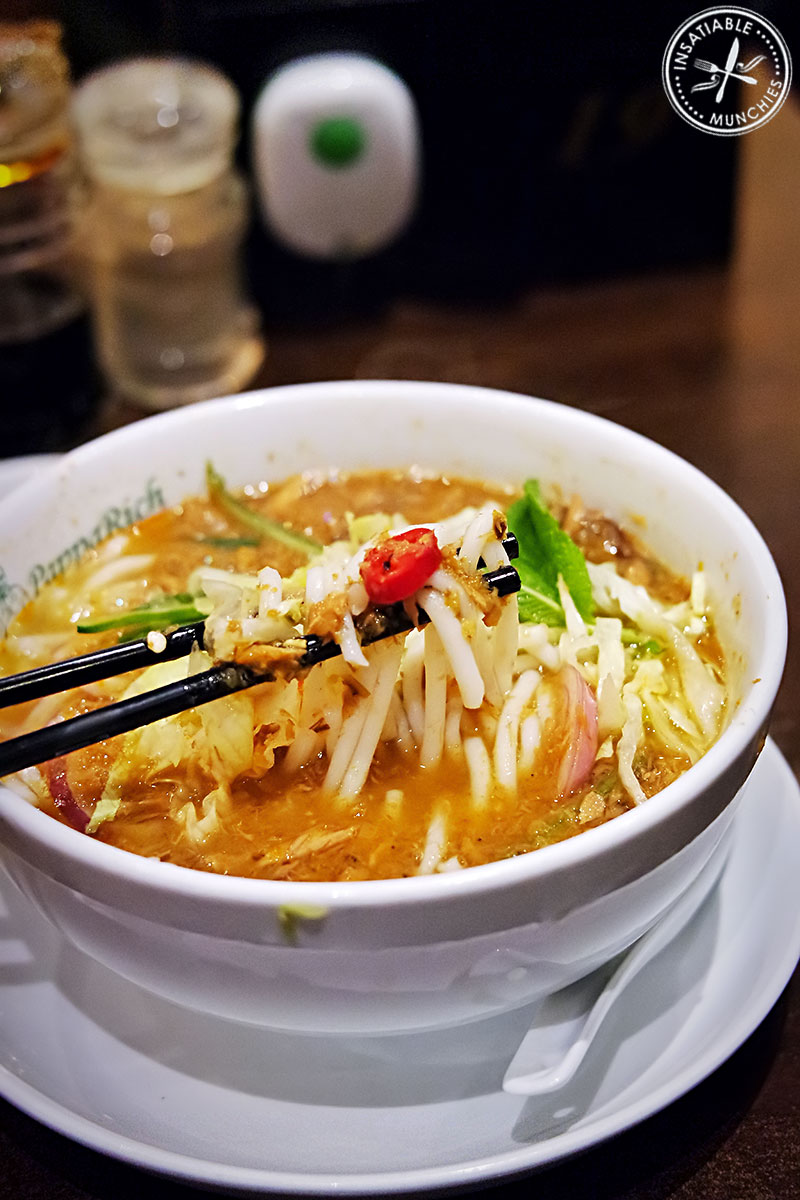 Assam Laksa was something that I was introduced to a little bit later, and something that I would classify as more Malaysian than Singaporean, but no less satisfying. Laksa broth is made sour with tamarind (assam) and pineapple, and thickened by delicious sardines and dried shrimp, making a thoroughly addictive broth that is full of flavours and textures till the very last drop. 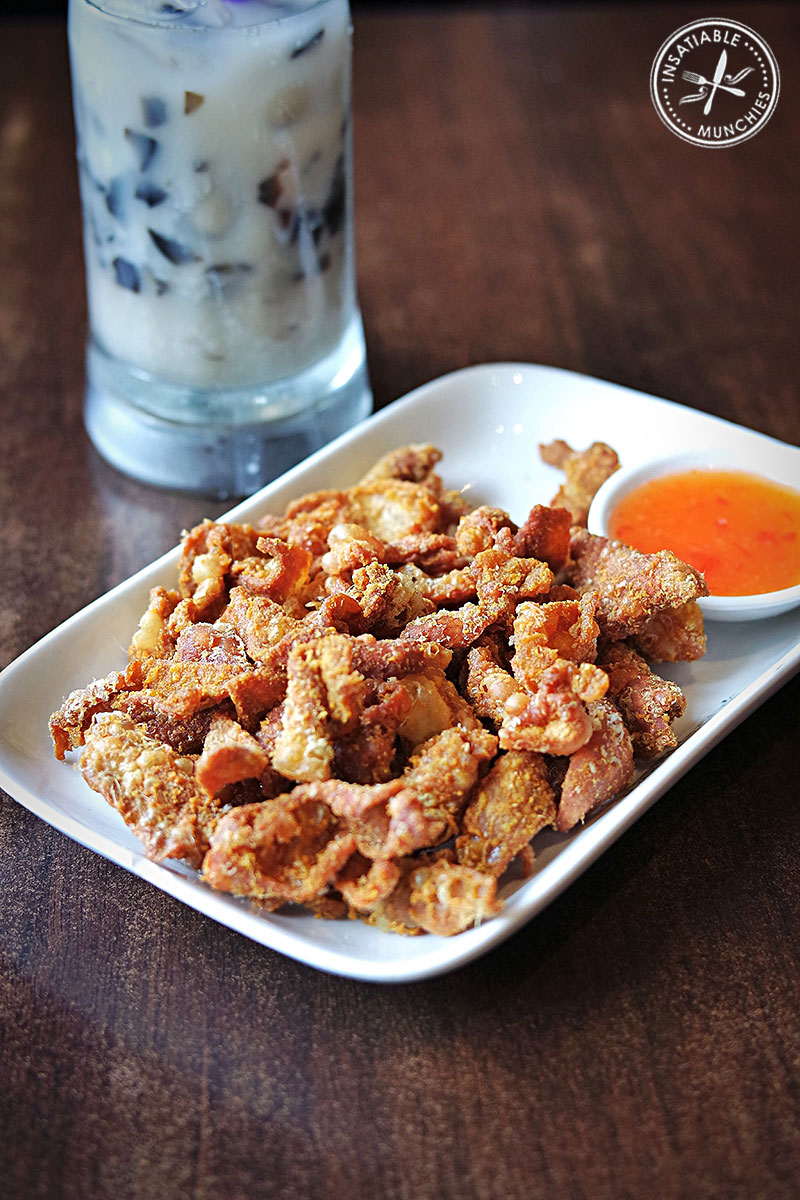 And of course, you can’t go to Pappa Rich without ordering the Fried Chicken Skins. Not a memory or a comfort so much, but SO SHIOK! It’s like all of your childhood fantasies of peeling off the crispy skin off fried chicken and eating ONLY THAT has finally manifested itself in this plate that you can order off a menu.

The food was actually quite authentic, and alongside Petaling Street, is actually one of the more accessible and still satisfying chains that supply good Malaysian/Singaporean food that I’ve had in Australia. The service was also no frills, but remaining polite and efficient, and the ordering system of filling in a paper menu also allows for you to add your preferences (more chilli, no chilli etc), meaning that there’s no more mess-ups or misunderstandings! 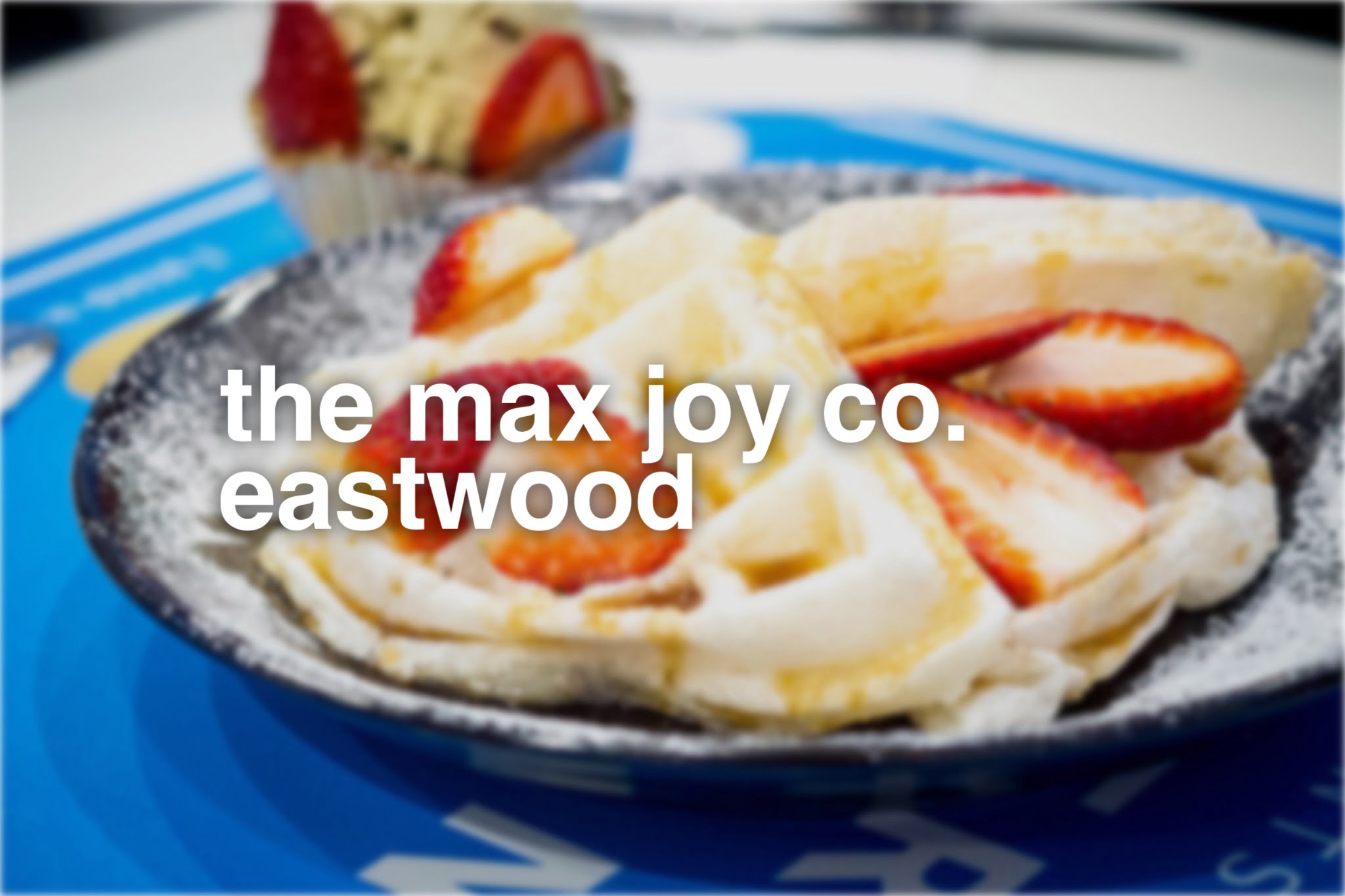 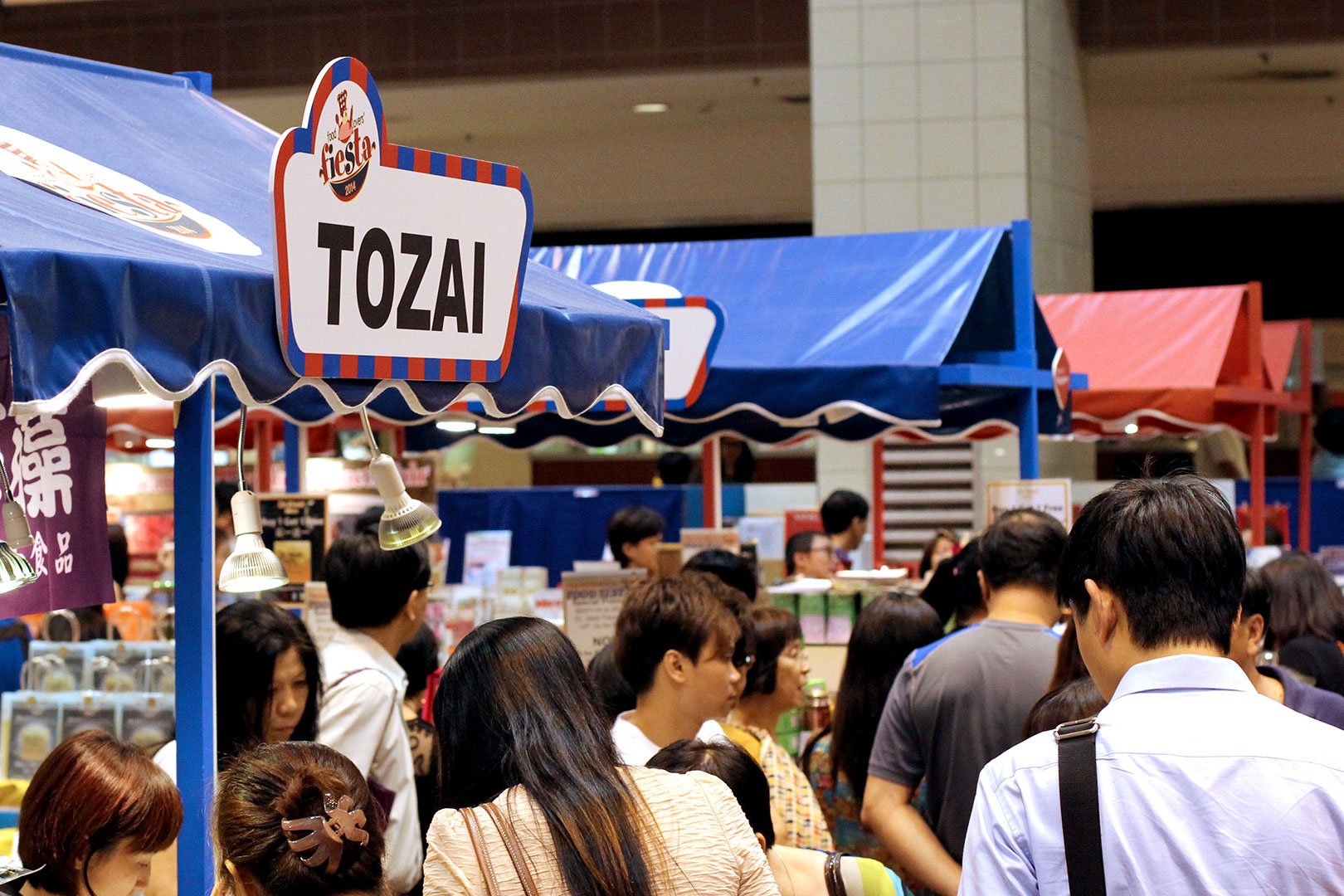 Things You Should Do In Singapore 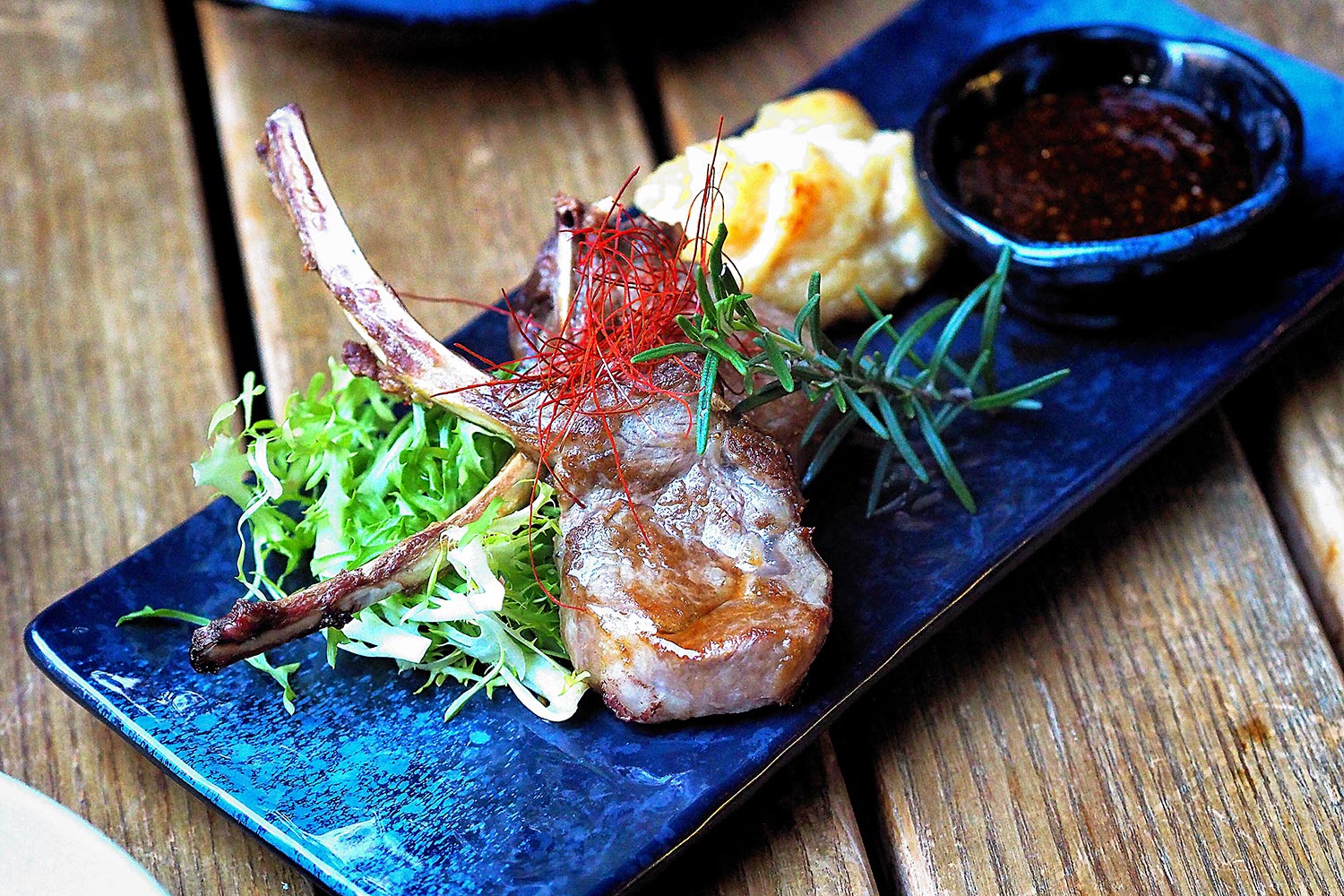