What does it mean to be Singaporean? Singapore Day 2013 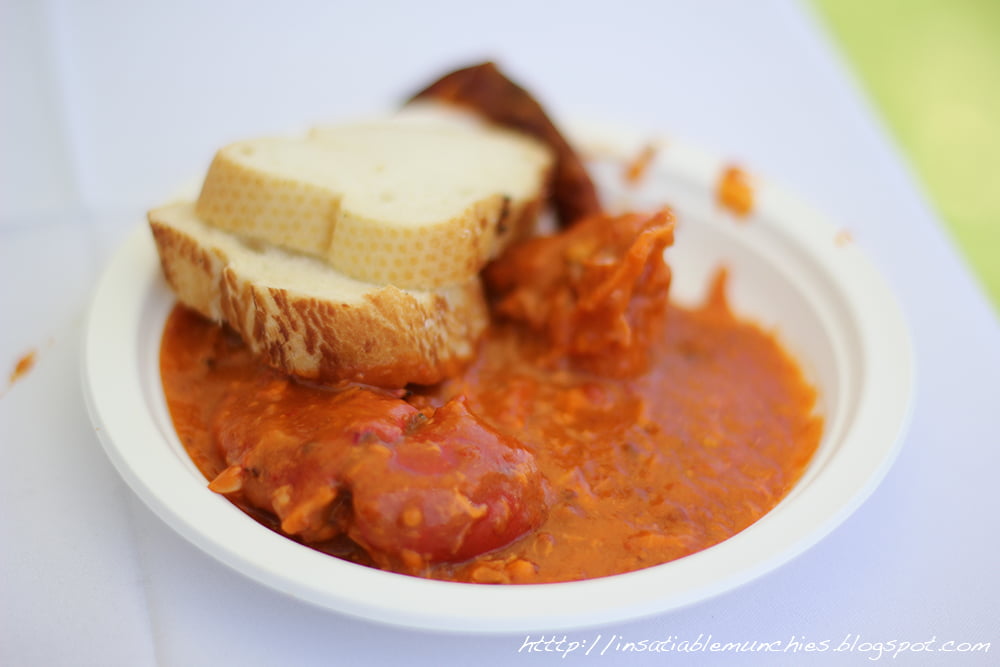 I find that it’s rare as an adult to look forward to a full weekend. Most people I know have such a packed week that having many plans on the weekend isn’t such an attractive thing. I feel for you man, I feel for you.

But what if it was a weekend filled with food?

I woke up to my Saturday bouncing with excitement. My first stop was Singapore Day – a free event organised by the Overseas Singaporean Unit for Singaporeans living overseas, and sponsors include various Singaporean food and media outlets, as well as government agencies.

The whole point of the event is to “engage Singaporeans overseas”, which I interpret as trying to lure us who have decided to move away, back to Singapore.

And man did they put up a valiant effort. I don’t know about the rest of the exhibits, but they did fly over famous hawkers who specialise in various cuisines to feed the hungry masses. RESPECT. 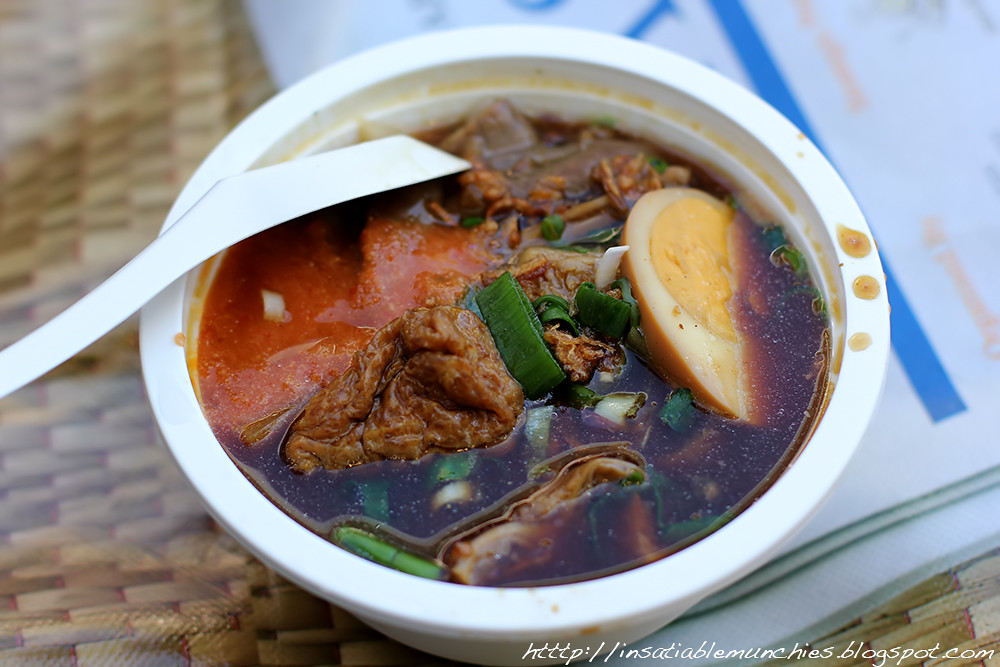 Some of the food you simply can’t get in Sydney. I would loosely translate Kway Chap to “Noodles in soup with random things”. Large pieces of rice noodles are added to the bottom of the bowl, before being covered with a flavourful broth that contains everything from slices of stewed pork belly, to large and small intestines, to pig stomach, tofu and egg. A garnish of fried shallots and side of chilli is essential to making a beautiful bowl of Kway Chap.

Another one that I haven’t found in Sydney is this: 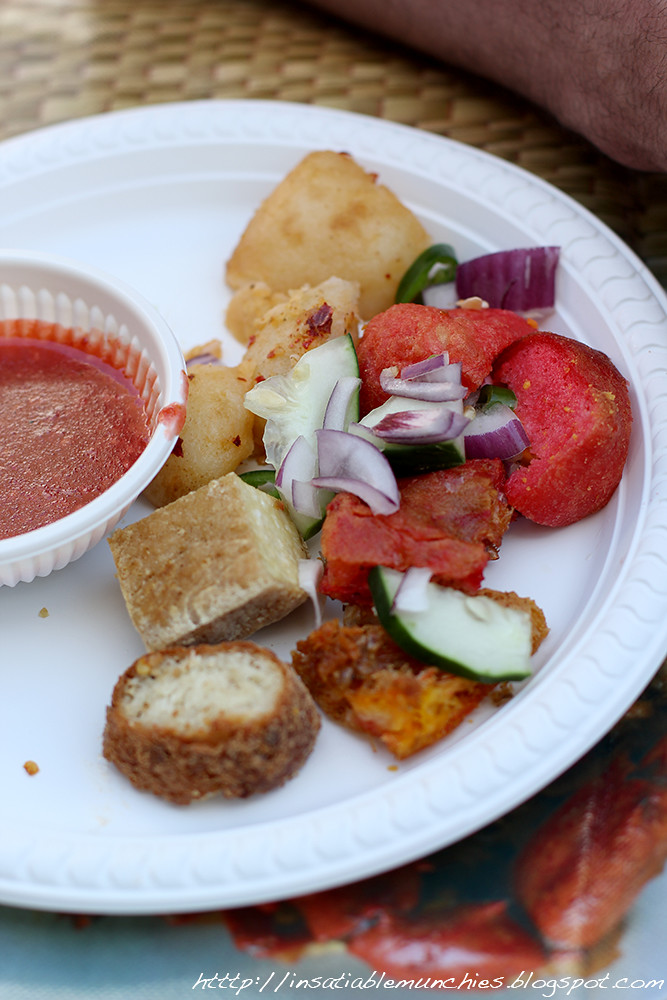 Indian Rojak – not to be confused with Malay Rojak – is what I would describe as “a mixed plate of starchy things”. It’s a big form of comfort for me, with the chewy breads a big favourite. Rojak actually just means “mixed”, and could really refer to any form of dish with mixed ingredients. Malay Rojak for example, is basically a salad with pineapple, a bit of you tiao – a type of bread stick – some turnip, cucumber, apples, prawn paste and sometimes, jelly fish. The Indian Rojak consists mainly of starches, potato included, seasoned and deep fried. It’s served with a hot gravy for dipping in on the side. 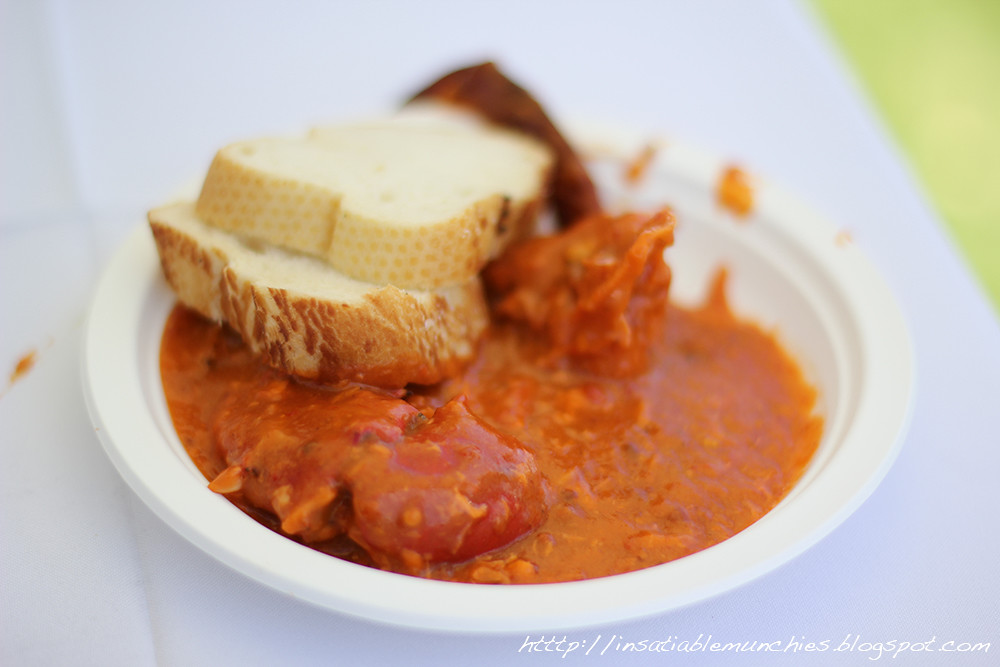 One of the more popular Singaporean dish exports is the chilli crab. Mud crabs are drenched in a thick fragrant chilli gravy with a hint of sweetness, and usually served with deep fried mantou – which is a kind of sweet fluffy Chinese bun. 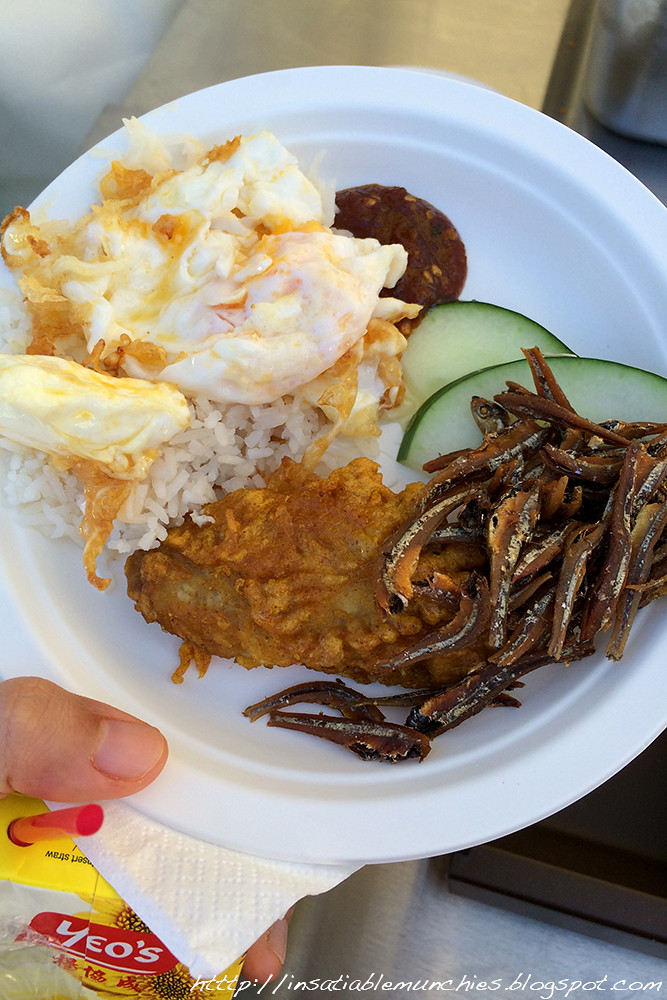 Nasi lemak is also a pretty common sight in Sydney. Rice (Nasi) is cooked in coconut milk/cream, and this cooking process is called lemak. In Sydney, it comes with curry, for some reason, but in Singapore, a piece of seasoned fried chicken, crispy anchovies (ikan bilis) and a heaping spoon of sambal is common. Slices of cucumber is added on the side for guilt management purposes, and if you’re feeling like a treat, you add a crispy fried sunny side up egg on the top.

There were also plenty of other dishes up for grabs, like satay, char kway teow, chai tow kway and so on, but by the time I had my last dish – barbecued stingray that I absolutely demolished before I even thought about taking a photo – I was wayy too sunburnt to be queueing up for any more food.

To leave you with a thought: Sam, who I went with, expressed a concern that he was spending more time queueing than learning about Singaporean culture.

To which I replied, “this is the Singaporean culture: we queue for everything!” 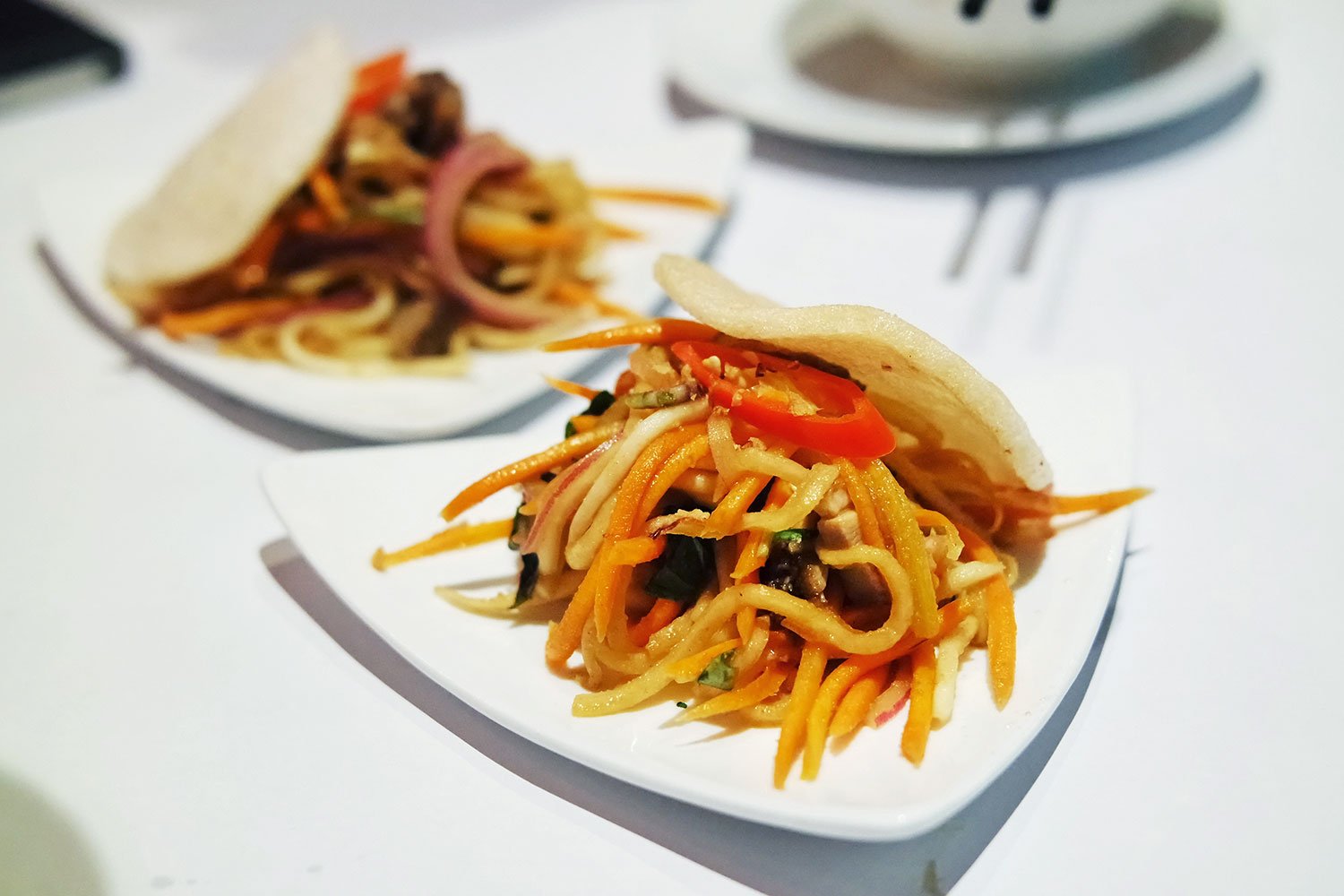 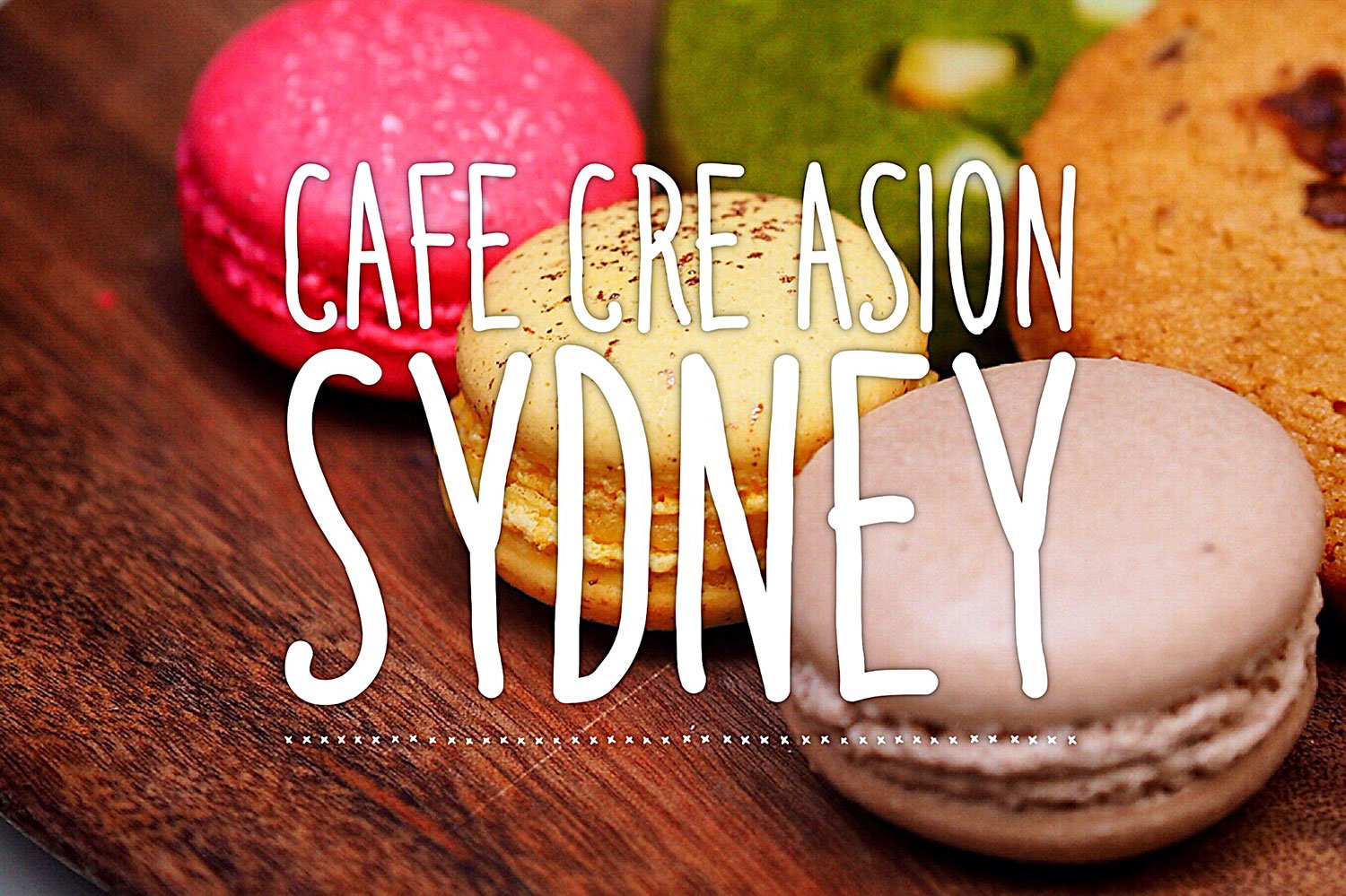