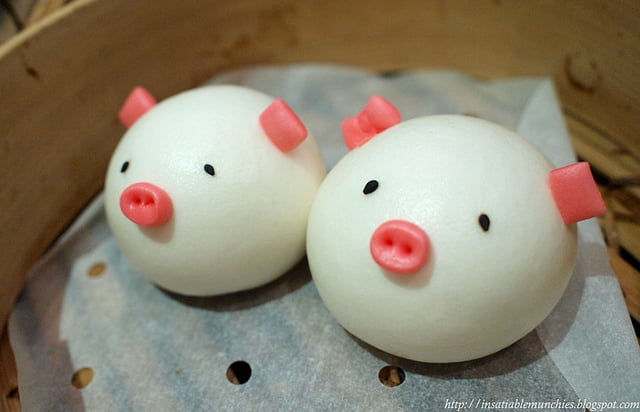 …Four, actually, but somehow that didn’t sound as nice.

After the incident the last time we went for Laura’s birthday, Chef’s Gallery very kindly invited us back for dinner. There was much discussion about whether to accept the invitation back and whether to write about it, but in the end I thought that it was really great that they read blogs and that they were nice enough to try and work it out when something went wrong.

And for that, I commend them.

We tried some other food this time – we love variety – and there were some favourites that we had to order again.

The hot drinks came highly recommended, and given that it was a cold, wet, winter night, we tried some. Laura and Mel had the Chrysanthemum, Rose Bulbs and Goji Berry Tea, and I had the Coca-cola with Preserved Mandarin Peel. The Chrysanthemum tea was well-received, with absolutely no complaints. The Cola – and I know that many of you are thinking, “WARM COLA?! You’ve lost your mind!” – was actually not bad at all. Just imagine Orange flavoured cola (like vanilla cola or cherry cola, just citrus-y), but warm. It’s a little difficult to visualize in its entirety, but don’t knock it till you’ve tried it. I quite liked it, but then again I’ve to warn you that I’m a fan of flat soft drinks, so be warned that I’m biased that way.

We had ordered heaps of food, so the Wok Fried Water Spinach with Chilli Prawn Paste was kinda the token veggie “healthy” dish. For me, anyway. It was not bad as far as veggie goes – it’s a version of the Sambal Kang Kong that we have in Singapore (a must try if you visit), except with less chilli.

The Fluffy Chinese Roti with Pork Floss was very much Prata, and I found the addition of Pork Floss quite interesting. For those of you haven’t tried Pork Floss, you need to. It looks like cotton wool, but I assure you that it’s much more tasty. It’s pork that has been seasoned and dried, and the sweet threads melt in the mouth. The closest way I can describe it is dehydrated pulled pork. Not the best description, but there you go. The Roti was nice but not the best I’ve had, but the Pork Floss was the “ooh, that sounds nice” twist to it.

We thought that since the poor noodle chefs were standing in the giant fish tank, their every move scruntinized by the hungry public, we should order a noodle dish. And so we had the Wok fried Spinach Noodles with Seafood and Prawn Roe. Unfortunately this dish didn’t do very much for us, the seafood was nicely cooked, but somehow it felt like there was something missing in the noodles. For me, the individual elements were quite nice, but when had together, felt like they didn’t quite gel. Perhaps we should have tried a different noodle dish?

The Barrel Squids with Glass Noodles fared much better, with the soft squid and savoury noodles with just enough bite. It was simple and tasty, and wasn’t devilishly naughty like some of the others that we had ordered.

Like this! Both Fried Eggplant with Olive Vegetables and the Fried Eggplant with Tangy Minced Pork Sauce were divine. The eggplants were firm and not mushy (and not that greasy, for that matter), and were easily the favourites of the night. The dish with the olive vegetables was the lighter of the two (and a good vegetarian option), but I felt the one with the minced pork sauce was the tastier. There was a really addictive quality about it, and something I’d label a must-try if you went.

The Wok Fried Green Beans with Minced Pork was ordered again, but this time with pancakes! The green beans are much the same, but I preferred it with the pancakes, which came in a little steamer basket. I felt that by contrast, the soft pancakes brought out a lot more texture in the green beans, and carried the minced pork better.

And who can forget dessert?

Oh, and those piggies?

Absolutely exploded from all the food that was consumed! There were some witnesses, but all were too traumatized to come forward. We’ve got someone one the case though:

Note: Insatiable Munchies and other food bloggers mentioned in this post dined as guests of Chef’s Gallery. 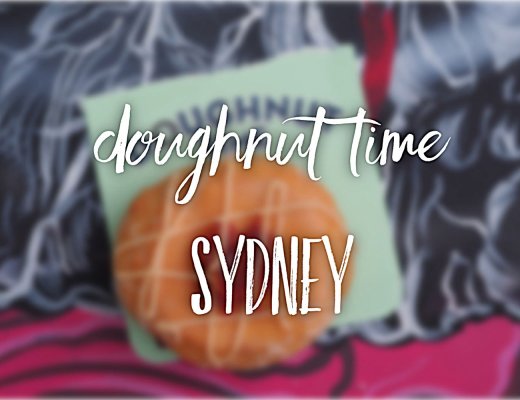 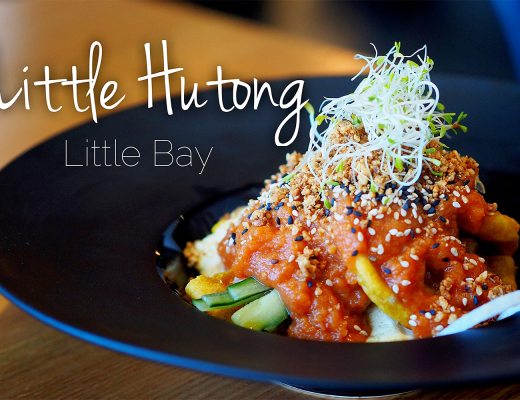 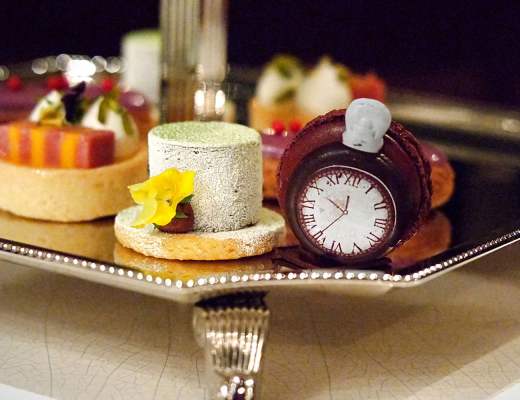