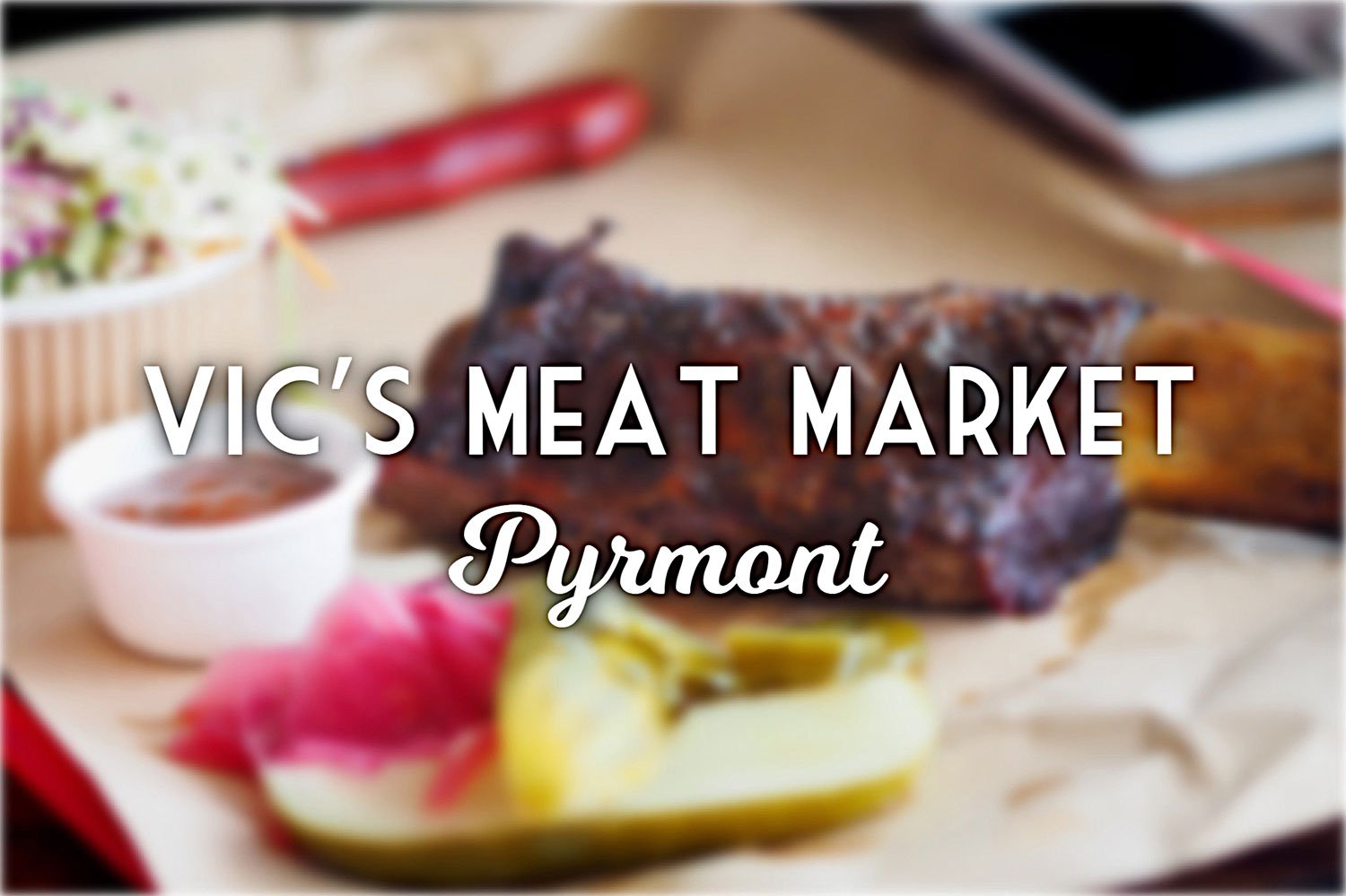 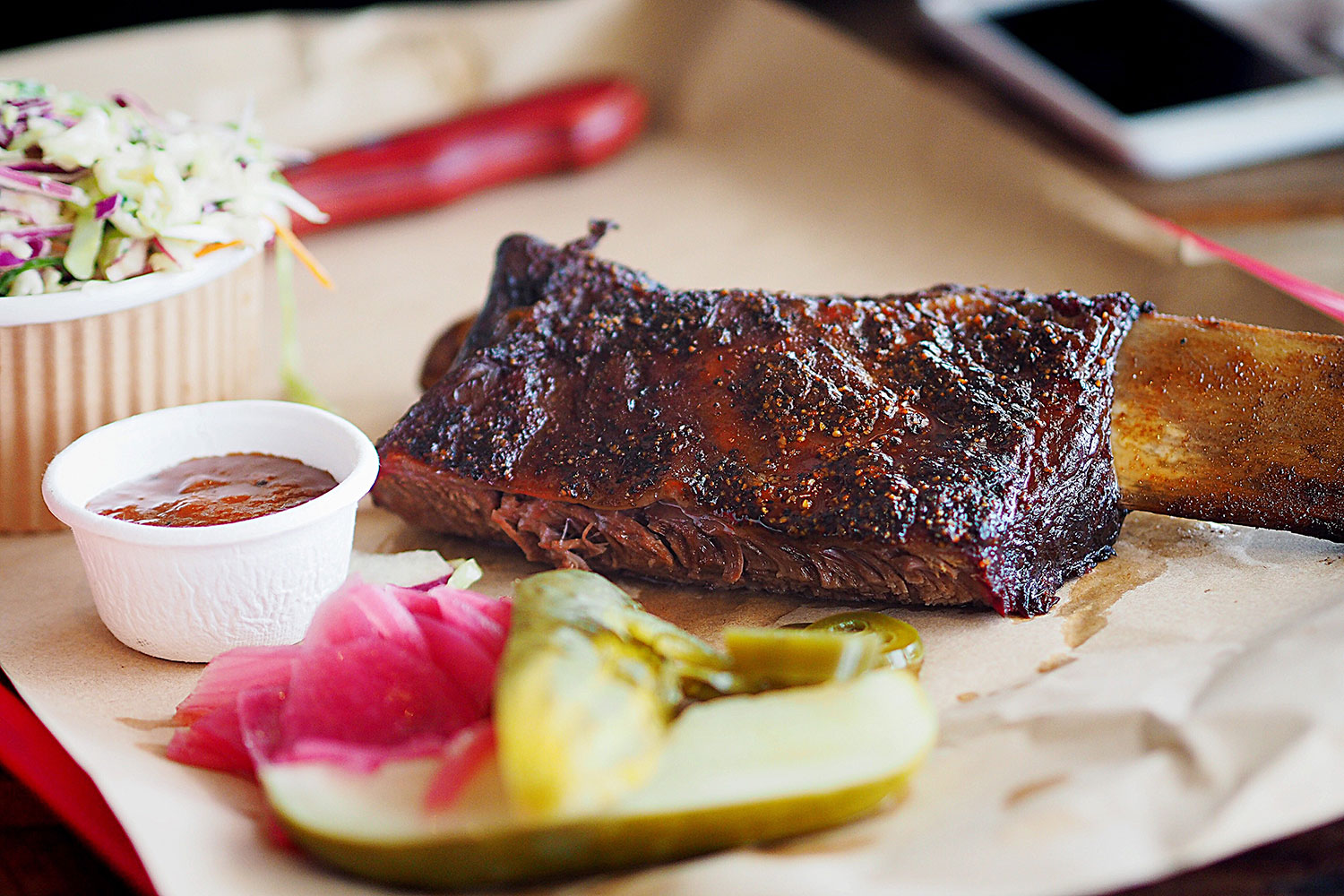 There was a period of time when I was absolutely obsessed with barbecue. Like barbecue errthang. Meat, marinaded, plain, sausages, basted, wings, foiled…I mean, ERRTHANG. Because it’s all about that smoke, ’bout that smoke, no trouble.

So when my Instagram just exploded with pictures of Vic’s Meat Market’s luscious, shiny, barbecued thangs, I just had to put it on the Eat List.

Vic’s has always been known for their meat and quality, and you just know that things are going to have a certain standard walking in. 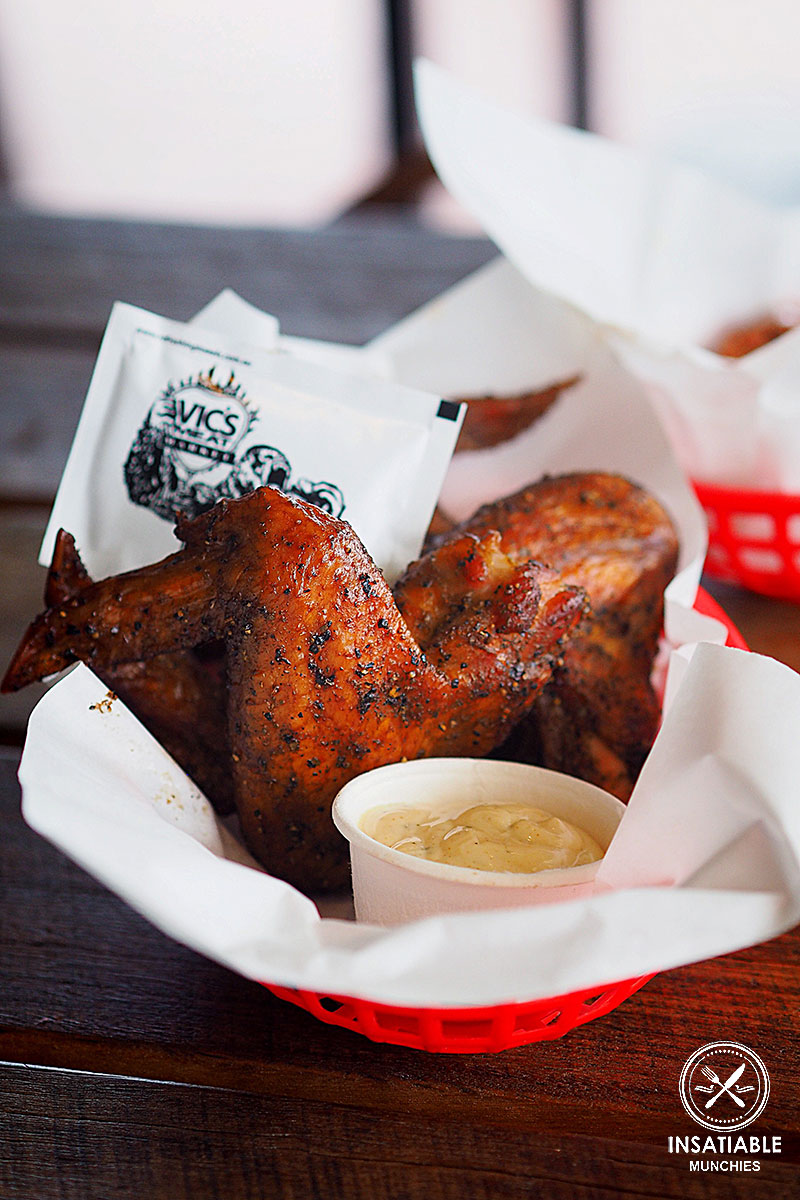 The Chicken Wing Basket, $10, was only very lightly smoky, covered in peppery spices that added a crunch to the tender perfection of nature that is the chicken wing. 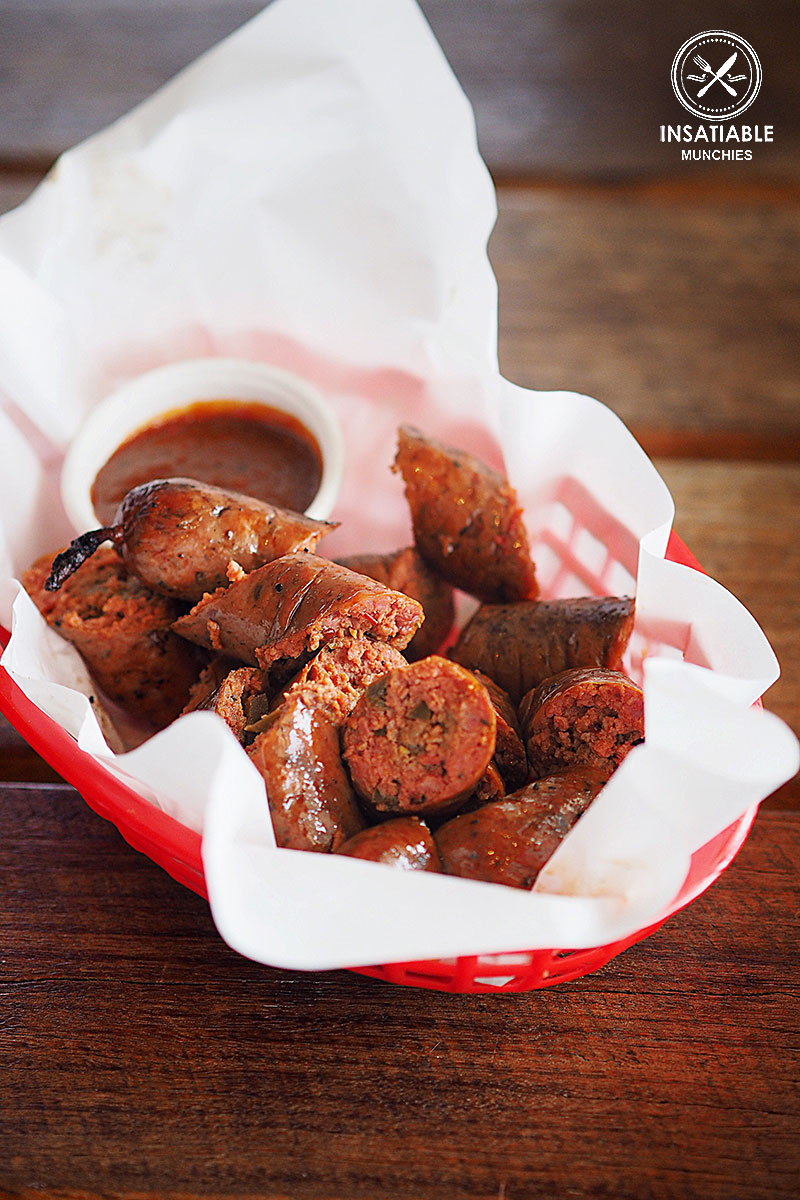 The Smoked Sausages were juicy, but not particularly smoky. That barbecue sauce that it was served with, though, really brought things together and made it ever so easy to keep picking at it. 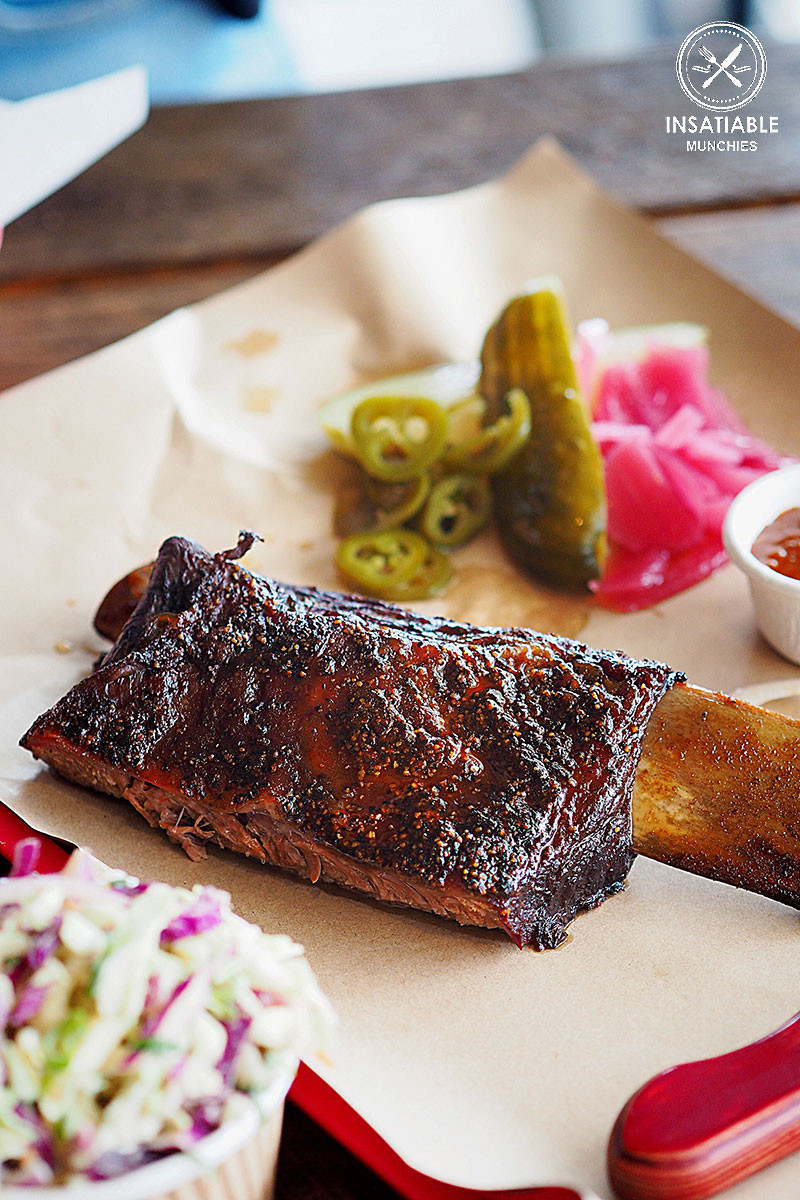 And the main event – the Beef Ribs, $30. Beef ribs are my favourite kind of ribs EVAHHHH which makes me automatically partial to this dish. I love mixing it up with the sides, even though it feels like I’ve had, well, beefier ribs in other places. The tangy pickles – McClune’s – provided a really nice counterpoint to the meatfest, too, which kept me eating way more than I should.

And no that wasn’t a Magic Mike joke.

Maybe I’ve been to one too many Brazillian barbecues, but I was kind of missing a sense of “go on, you know you wanna” when I ordered at the counter (it’s not table service, by the way). Don’t get me wrong, it was perfectly pleasant and polite, but there is an unabashed joy and fun that I associate with barbecued meats that somehow I expect from the service too.

Although I do really like that they give out individual packets of wet wipes with your meal. That, for “exuberant” eaters like myself, was very thoughtful.

How much would you pay for beef ribs? There was much chest clutching when I told my friends that the platter of rib and sides cost $30. Yeah, it’s not a typo. 1 rib. Even with what I like to call “CBD tax”, it’s a bit steep for me. I can understand that barbecue takes a lot of time, effort and resources, but I think there are a few other barbecue joints that provide a similar quality, for a lower price. Mind you, I didn’t hesitate dropping $30 on it to give it a try, but I would definitely think twice about paying $30 to eat it again.

The wings and sausages were priced okay, but added to the fact that you’d have to schlepp all the way out to the fish markets to have this? Not sure that there aren’t other things that I might make the effort for, instead.

Plenty of sunshine, open spaces and dark wood make for a classy approach to the kitschy barbecue dives that are glamourised on the travel channel. It’s got a really chilled vibe that makes you feel like you could spend all afternoon there, which is no mean feat considering it’s a restaurant right next to a car park. Not the MOST cozy of places, but quite nice enough.

If you’re the type to actually do your fish shopping at the fish markets – the parking alone is cray cray – then you might be happy to know that you can just do your meat shopping whilst you’re at it, too. The butchers are pretty helpful, and actually have a wide range of culinary knowledge, which is a step up from many a local butcher I’ve spoken to.

Be warned though, the meat is still “fish market produce” prices, but if it works for you, then there’s no judgement here. Meanwhile, I’m off to get some oysters. 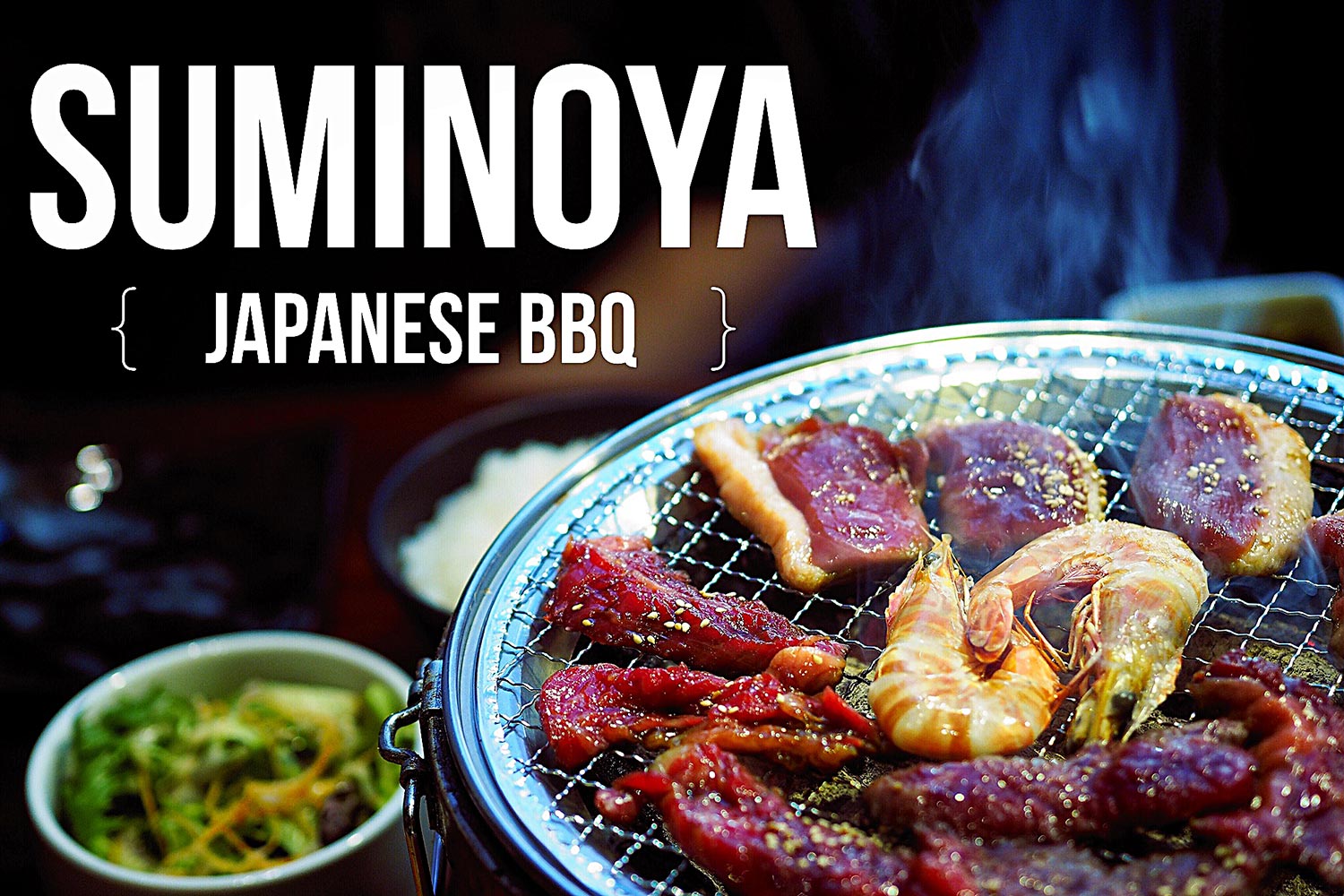 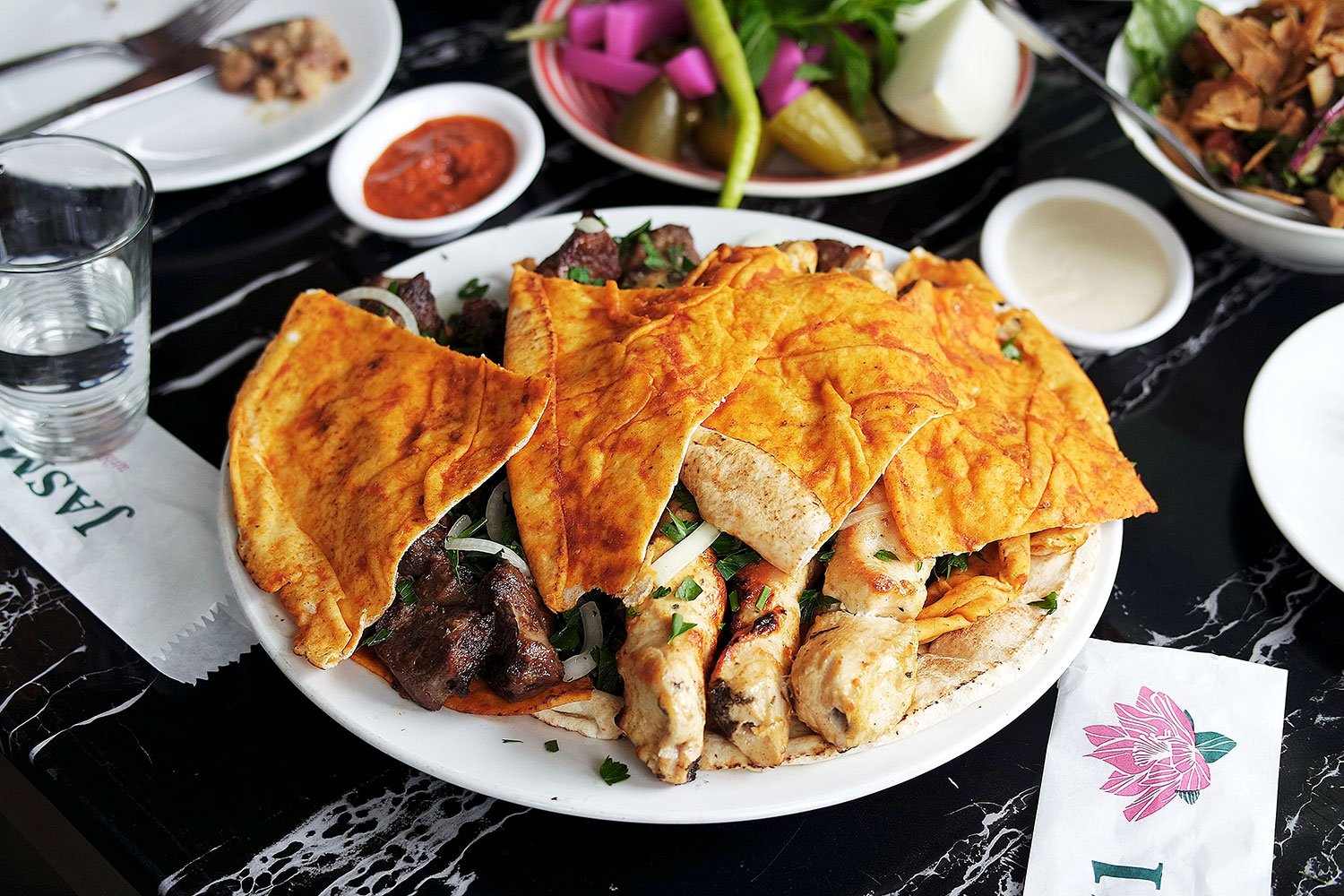 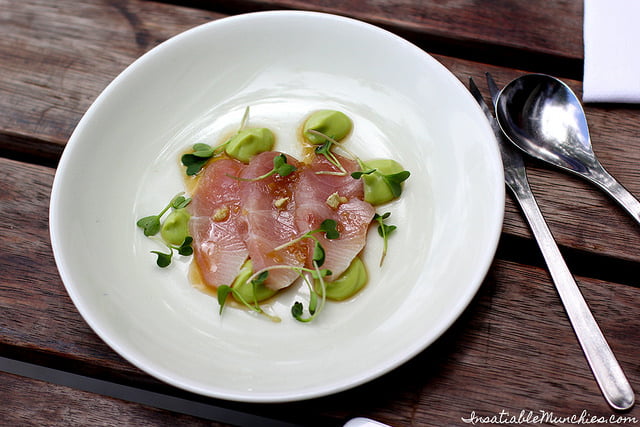