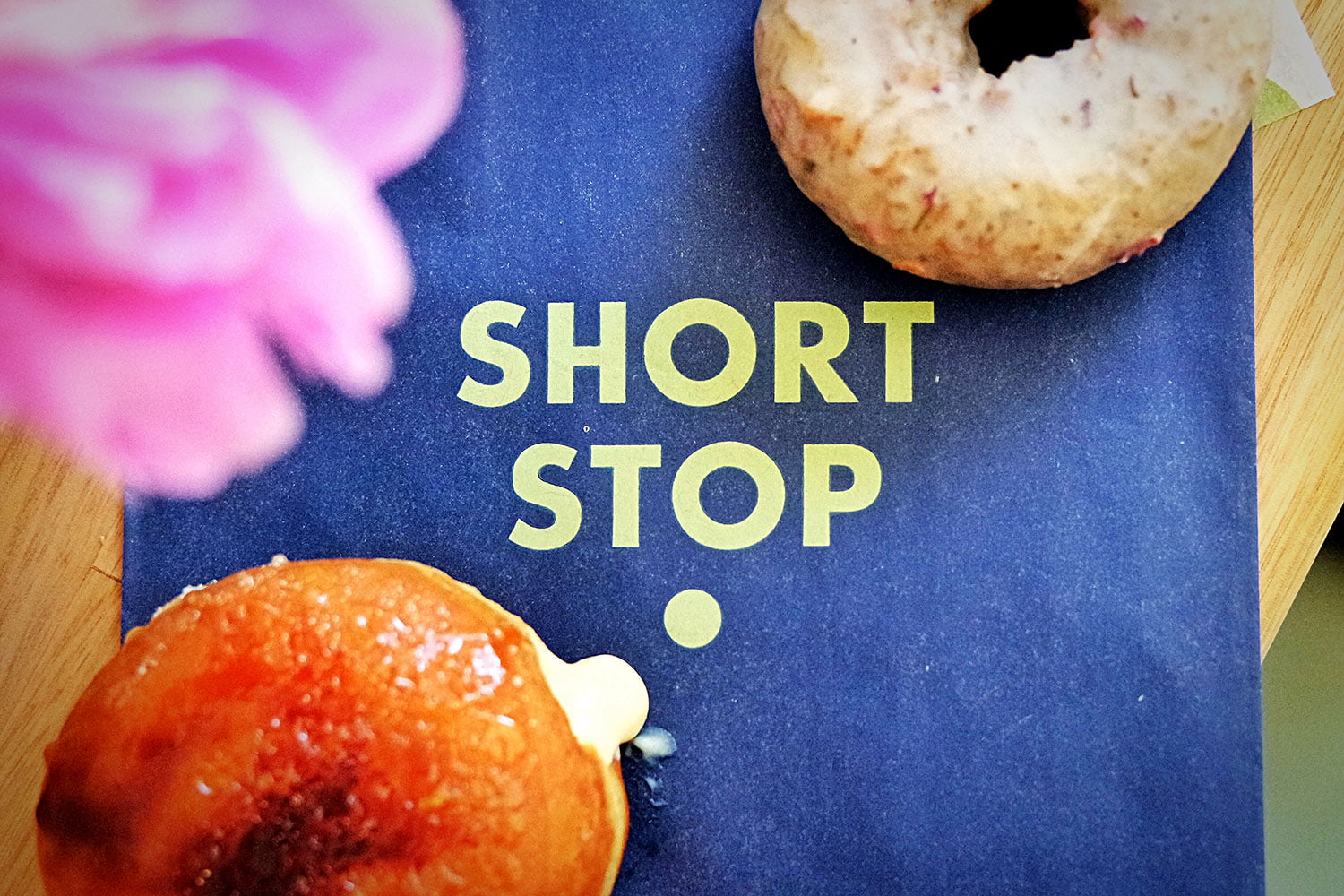 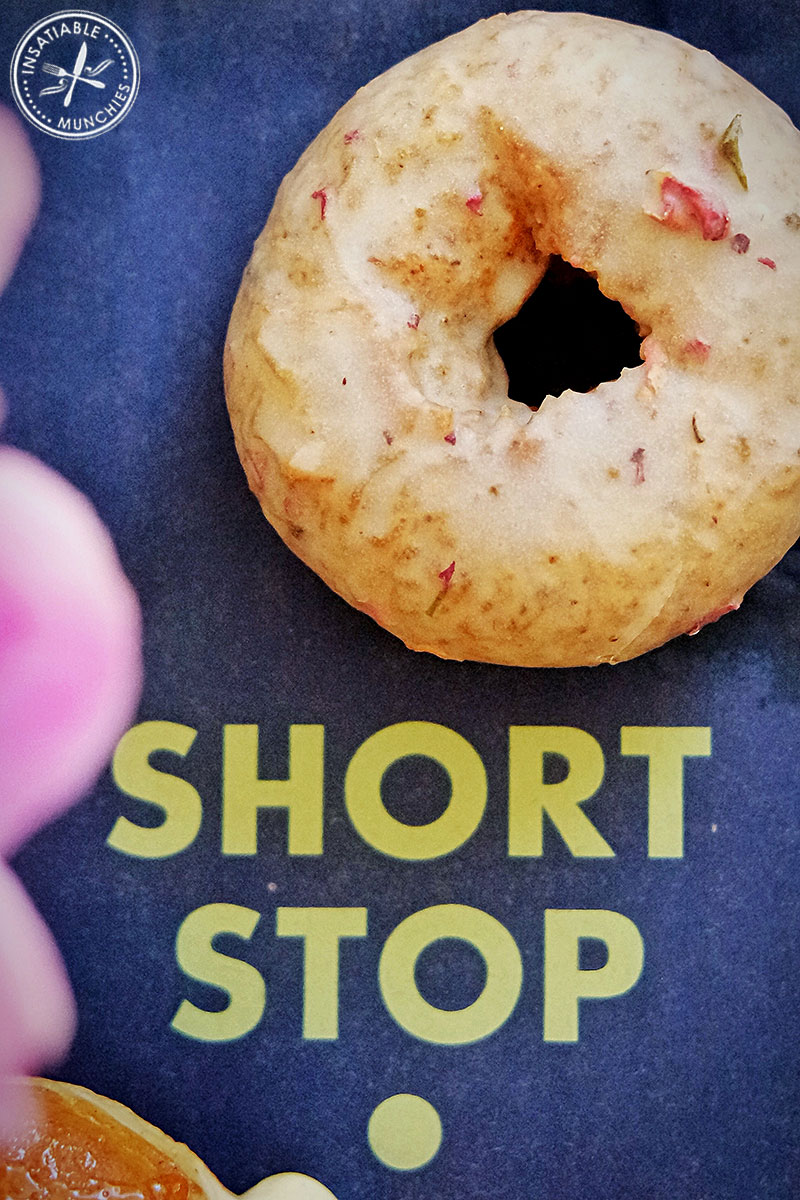 After following Chocolate Suze’s Instagrams of her time in Melbourne, I knew that I had to make a, ahem, stop at Shortstop Coffee and Donuts. With varieties like peanut butter and jelly filled doughnuts, classic yeast doughnuts, french crullers, to the newer cake doughnuts, made with cake batter. 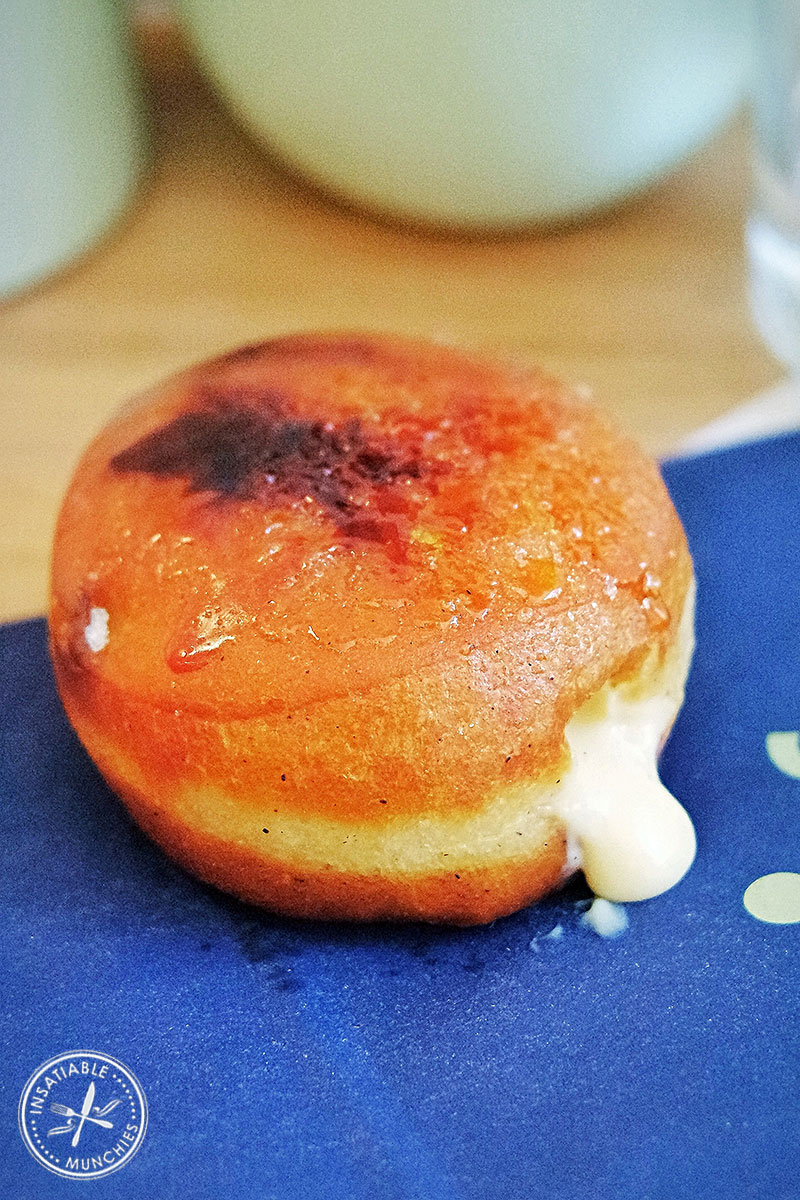 Creme Brûlées have always been a bit of a hit or miss thing with me – the egg custard has to be cooked just right because overcooking brings out an overwhelming egg yolk flavour, the brûlée should be relatively even with just the right darkness of caramel, and so on – so I was a bit apprehensive about a creme brûlée doughnut. But let’s be honest here: I love a filled doughnut, and peanut butter and jelly was sold out, so creme brûlée it is! 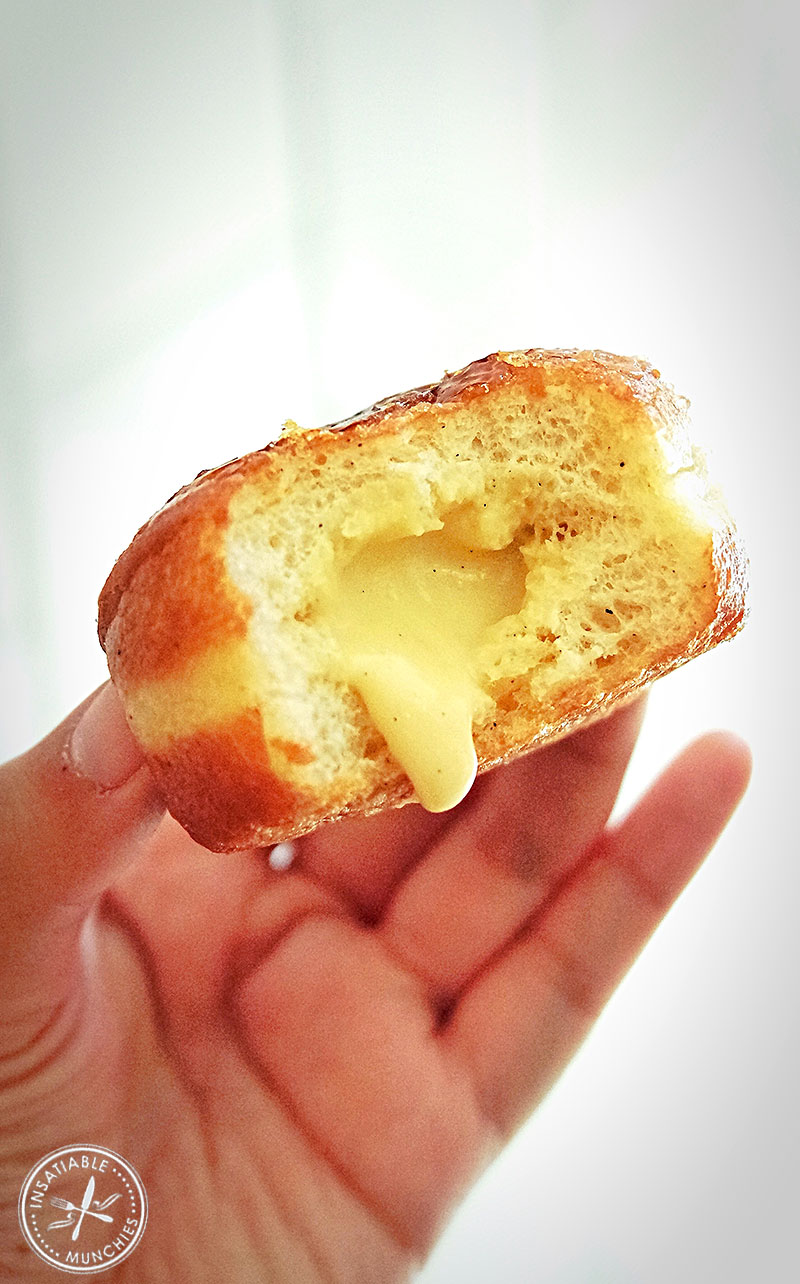 On first bite, the caramelised sugar top of the doughnut shatters between your teeth, giving way to the ooze of a bourbon laced vanilla custard. It had all the elements of a creme brûlée you’d expect – sweet custard, crispy toffee, the dark caramel of the sugar – but just with the addition of the doughnut bread. It was light and pillowy, but not as chewy as I prefer: I like a doughnut that fights back a bit. It was a fantastic doughnut to filling ratio though, and I had a ready amount of custard till the very last bite. 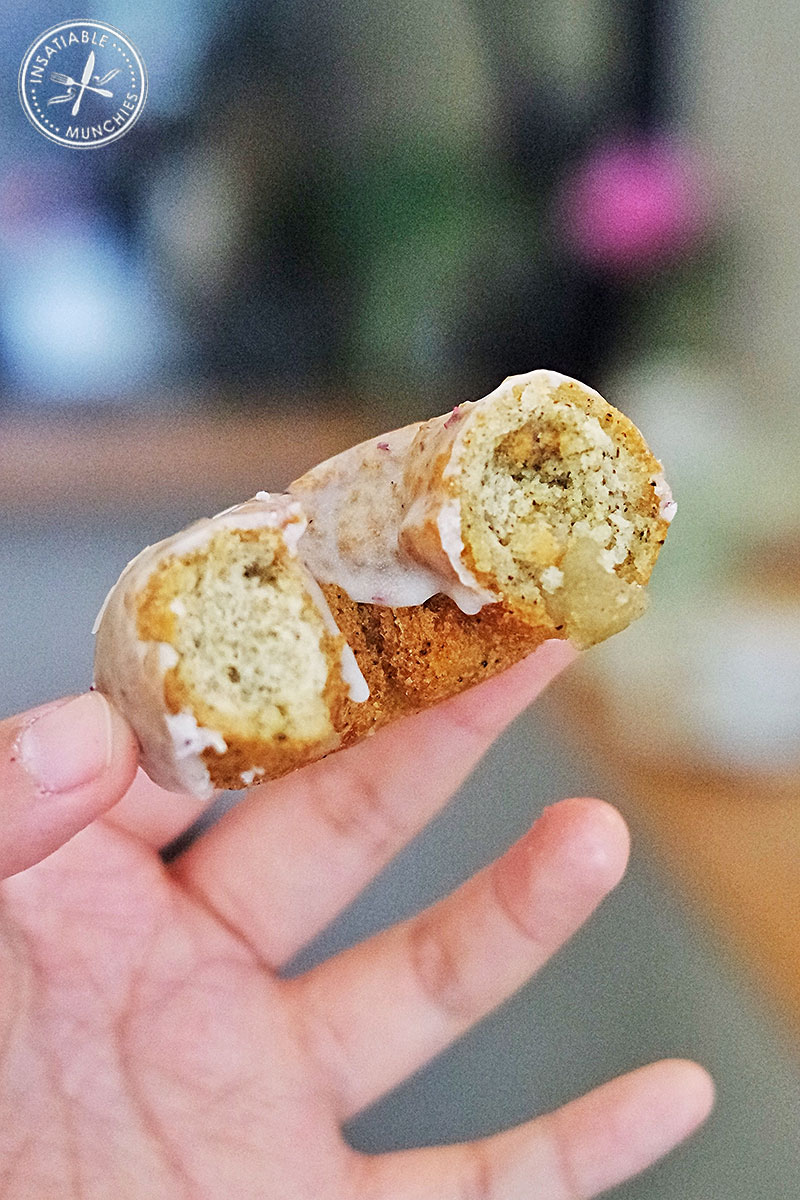 And just because they were so nice, and it was toward the end of the day, I also got a complimentary Earl Grey Cake doughnut to try. Did I mention that this is deep fried cake batter?

It’s redonkulous. And then, just to up it a notch, the fragile cake crumb donut is hollowed out manually in parts, before being hand filled with different flavours.

I was really surprised by the cake doughnut. The floral bergamot from the earl grey was delicately enhanced by the lemon mrytle gel, which texturally reminded me of an apple jam. It was moist, unlike some cake that has me reaching, no needing that cup of tea, and incredibly moreish, especially with the sweet glaze to finish.

The Sutherland street cafe is a little hidden piece of sunshine in the middle of a busy city, and has a great relax atmos to while away an afternoon. 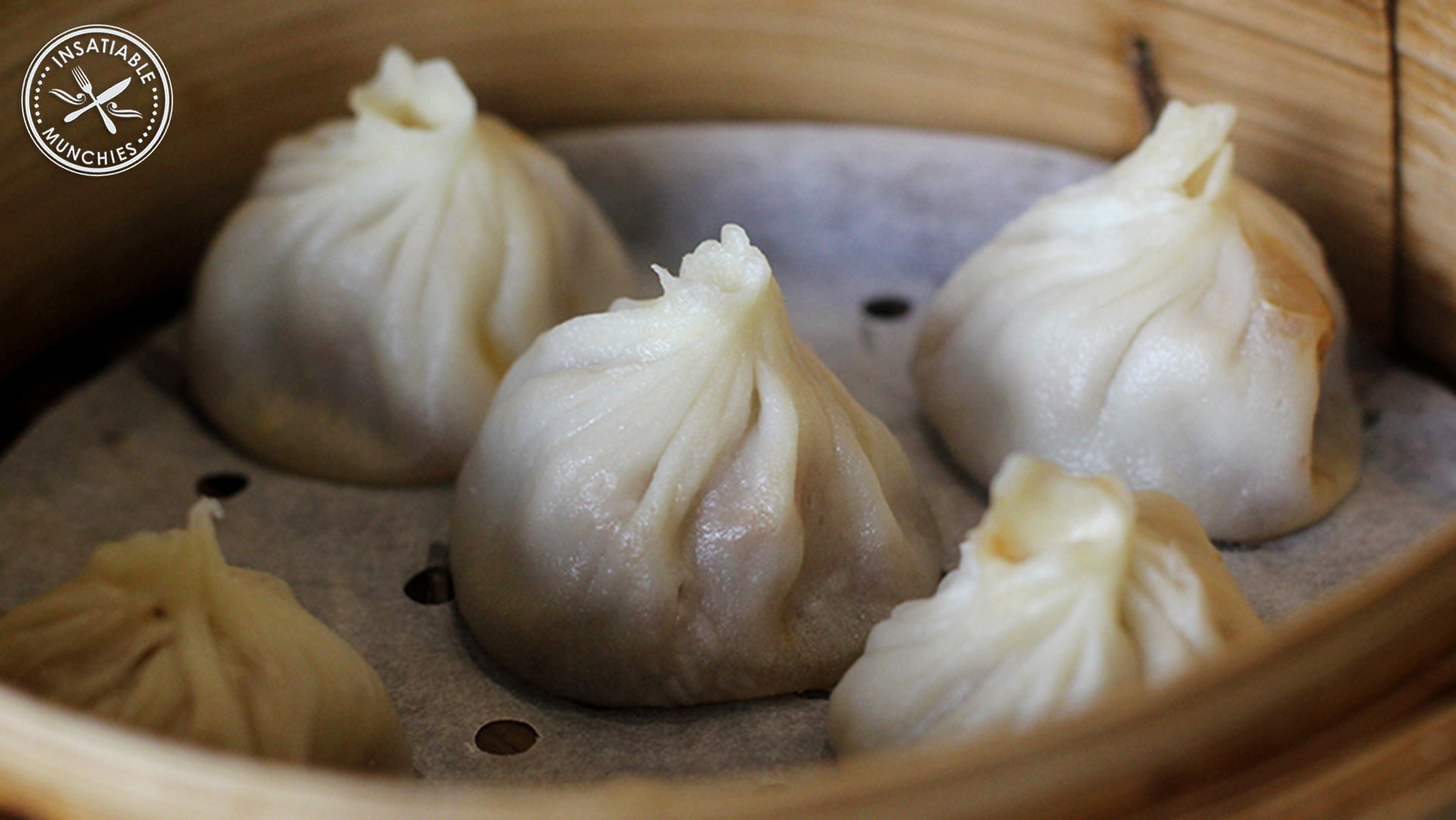 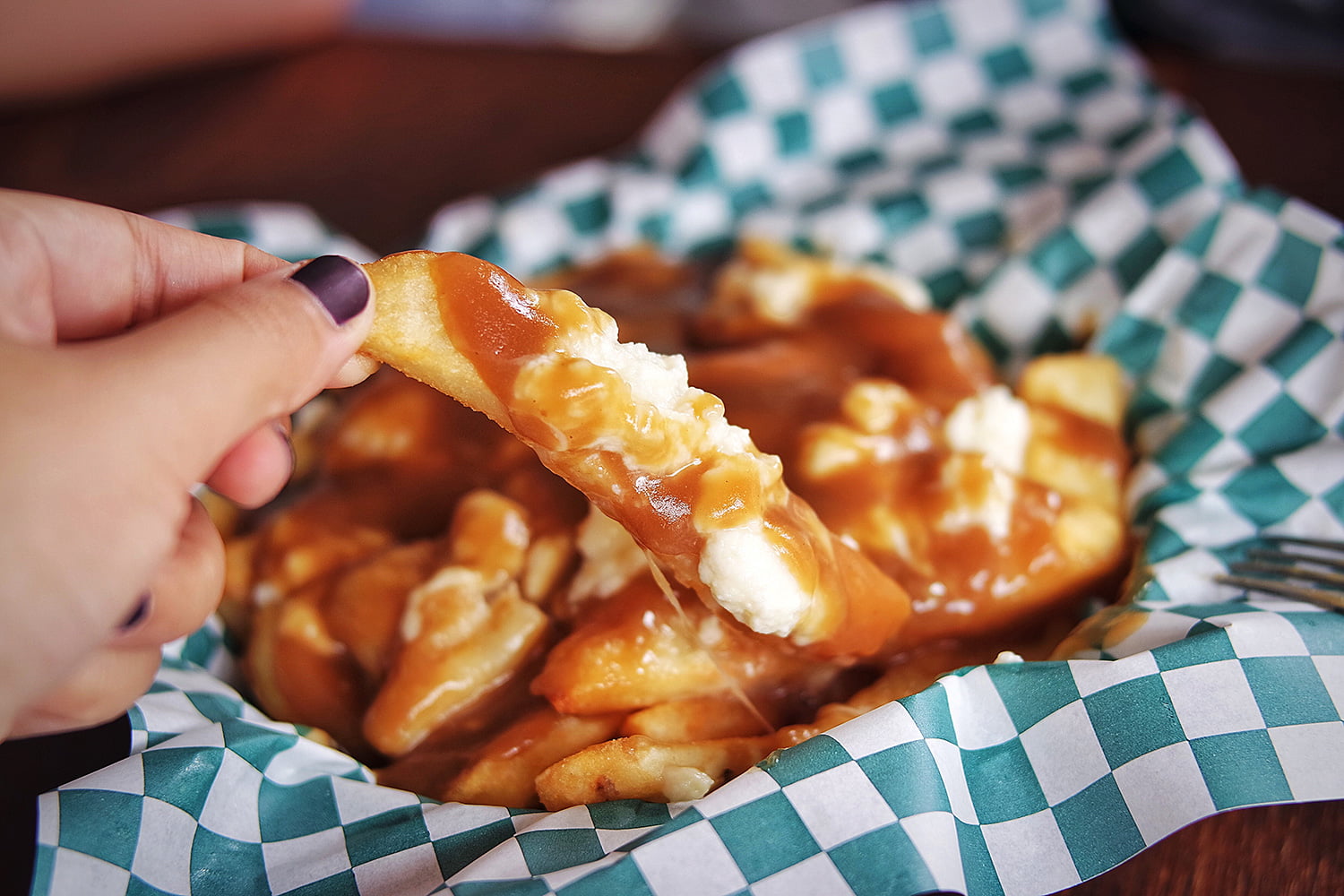