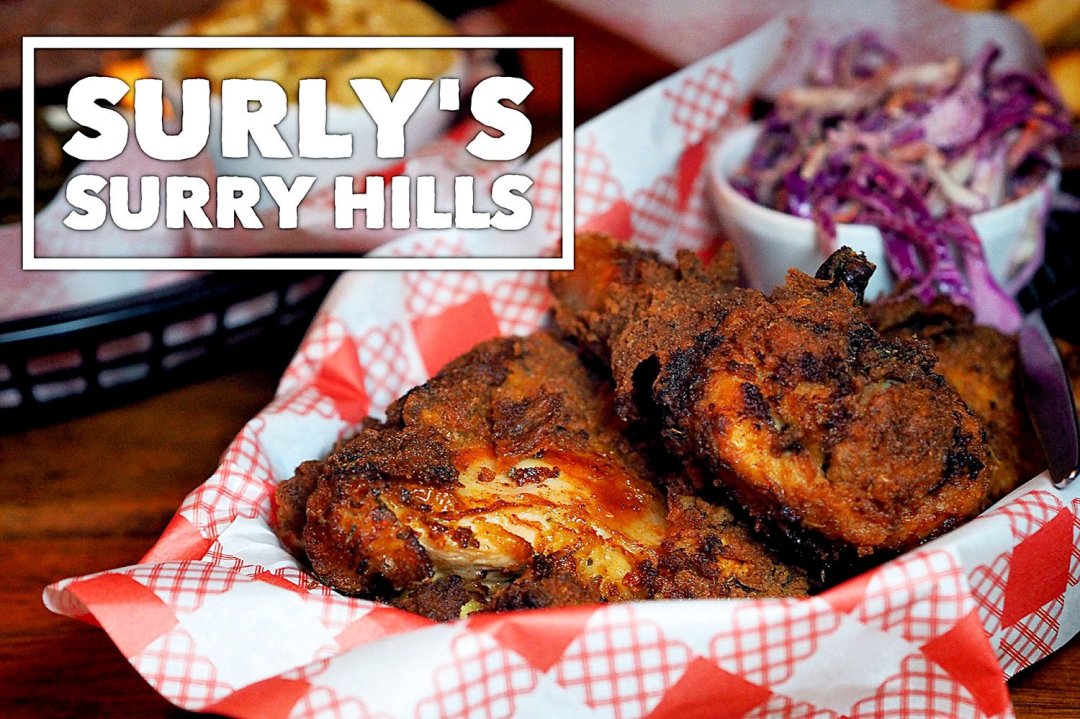 I’ve long watched reality TV shows about Americans and their obsession with barbecue. Where bigger is better, and people fueled by smoke and meats.

Come to think of it, its a pretty ideal existence!

So when an old Uni friend suggested Surly’s for dinner, I was SO THERE.

I can’t go past beef ribs on a menu without ordering it, and this time, it’s accompanied by fried chicken, fries, mac and cheese, green beans, and slaw. Because you can’t have a barbecue without slaw.

Their Spicy Fries were, unfortunately, like a date from Tinder – not as advertised. They distinctly lacked spiciness, and about half the basket was left sad and alone at the end of out meal.. just like Tinder too.

The Fried Chicken was juicy and crispy all at once – a good sign that the chicken has been brined – but the flavour was just a touch underwhelming. Maybe it’s my Korean Fried Chicken spoiled tastebuds, but I was expecting a much punchier taste.

The Beef Ribs was again, good but underwhelming. I didnt taste much smokiness from the meat, as juicy and texturally satisfying as it was. And it ain’t barbecue without the smoke.

So sadly, I don’t think I will be returning to Surly’s any time soon. Not that they did anything wrong, but more so that they didn’t do more right than the other barbecue joints around Sydney. And there are A LOT.

I think a visit to my butcher is in order…