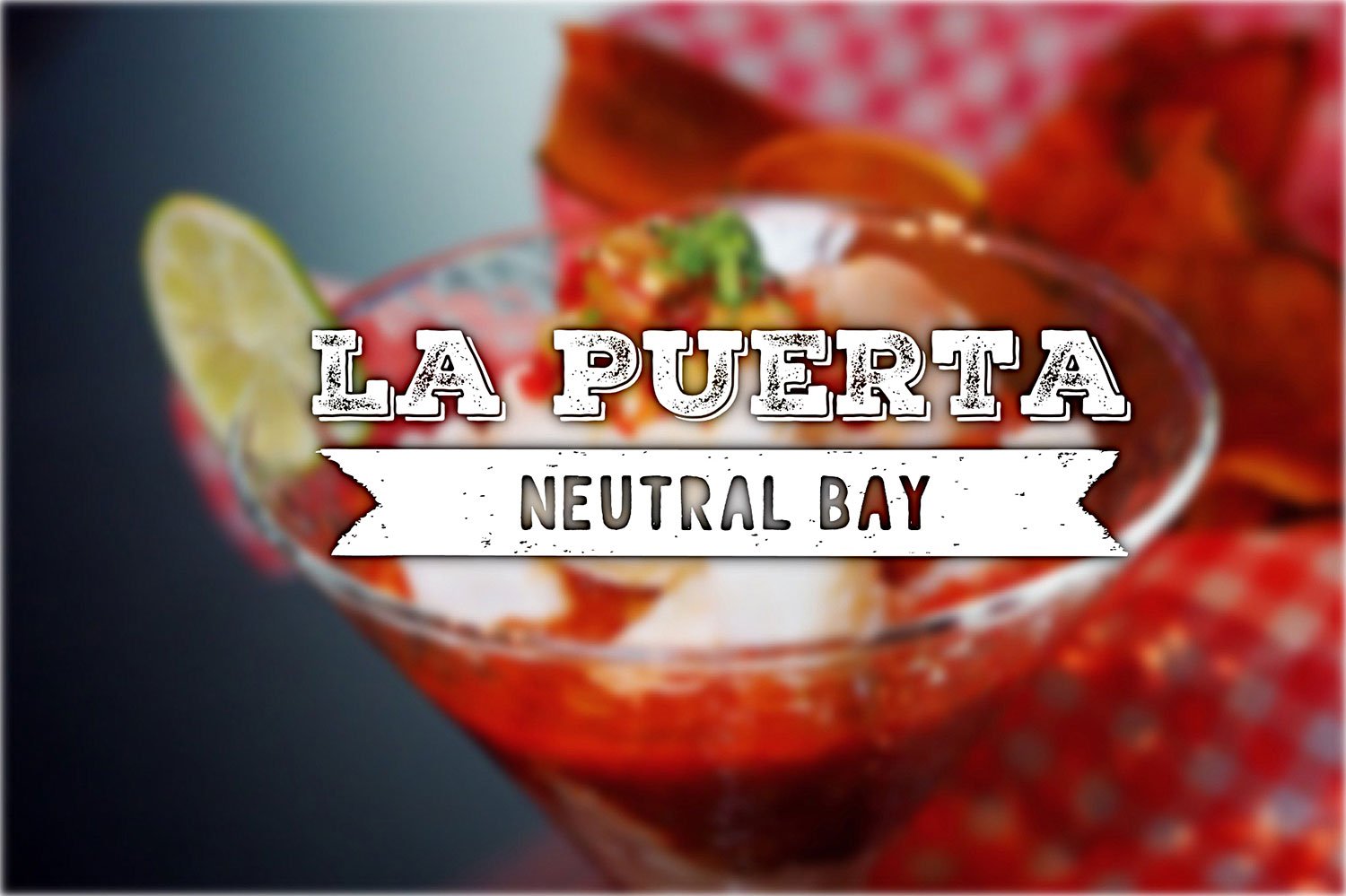 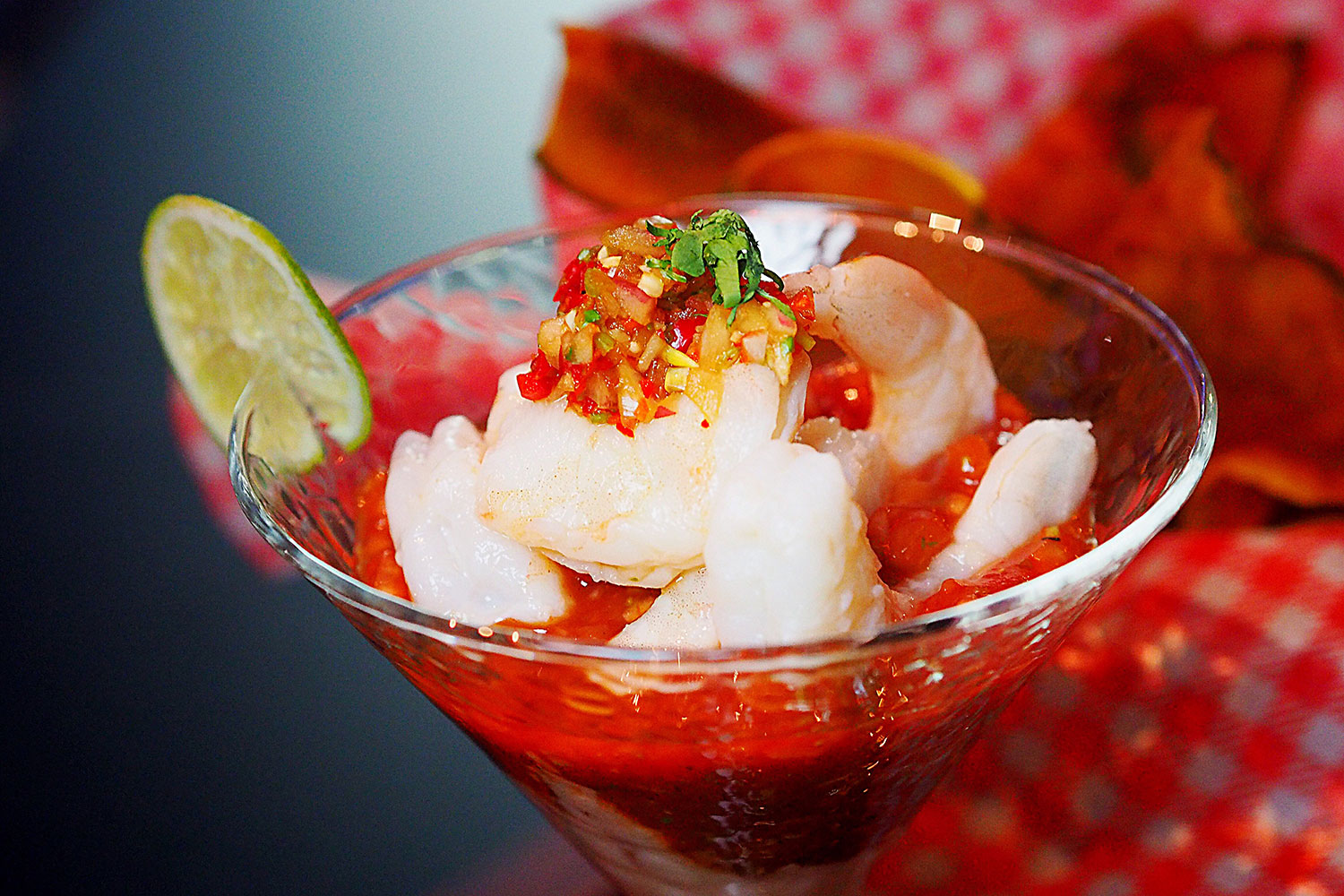 Tell me something: when you walk into a restaurant, are you looking for something “authentic”? What’s does it mean, anyway? Can Steak and Chips at the pub be considered “authentic” to any cuisine?

Those are the kind of questions I wonder about when I get invited to La Puerta, serving up a mix of influences from the South American region, to the high level of critique of my South American friends.

And you know how passionate they get. 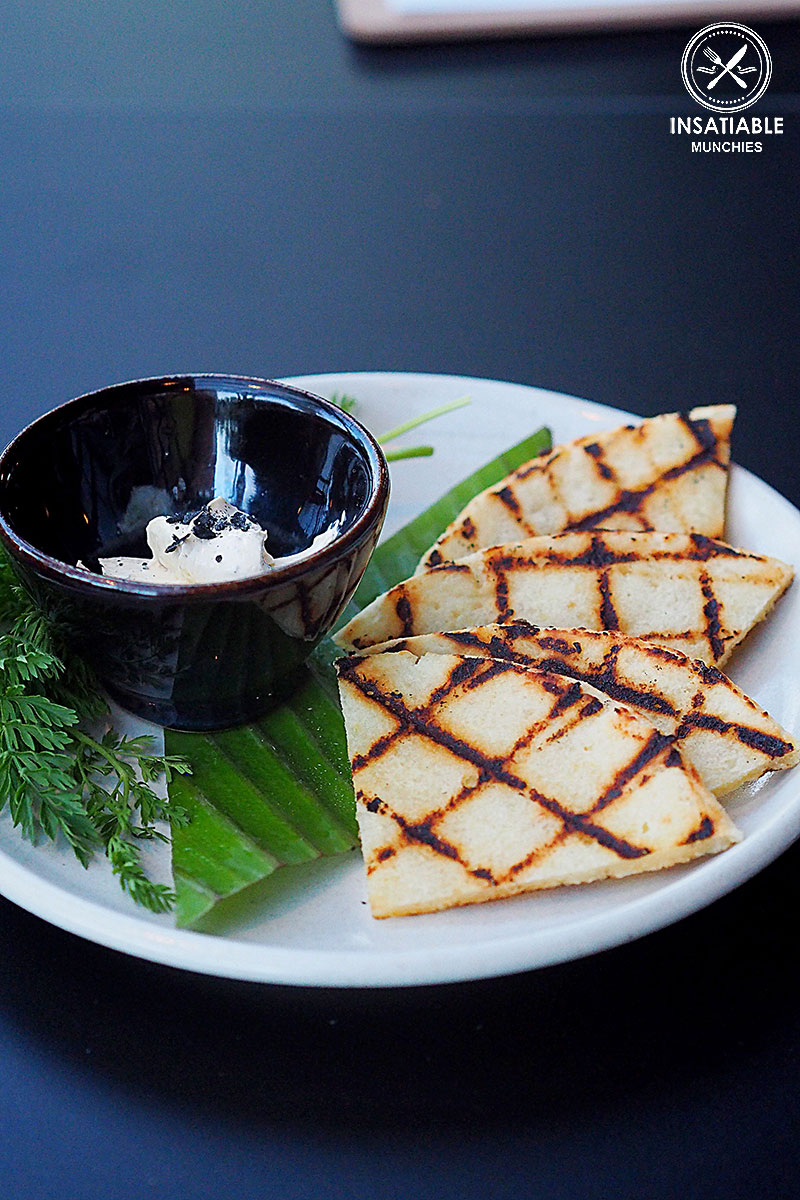 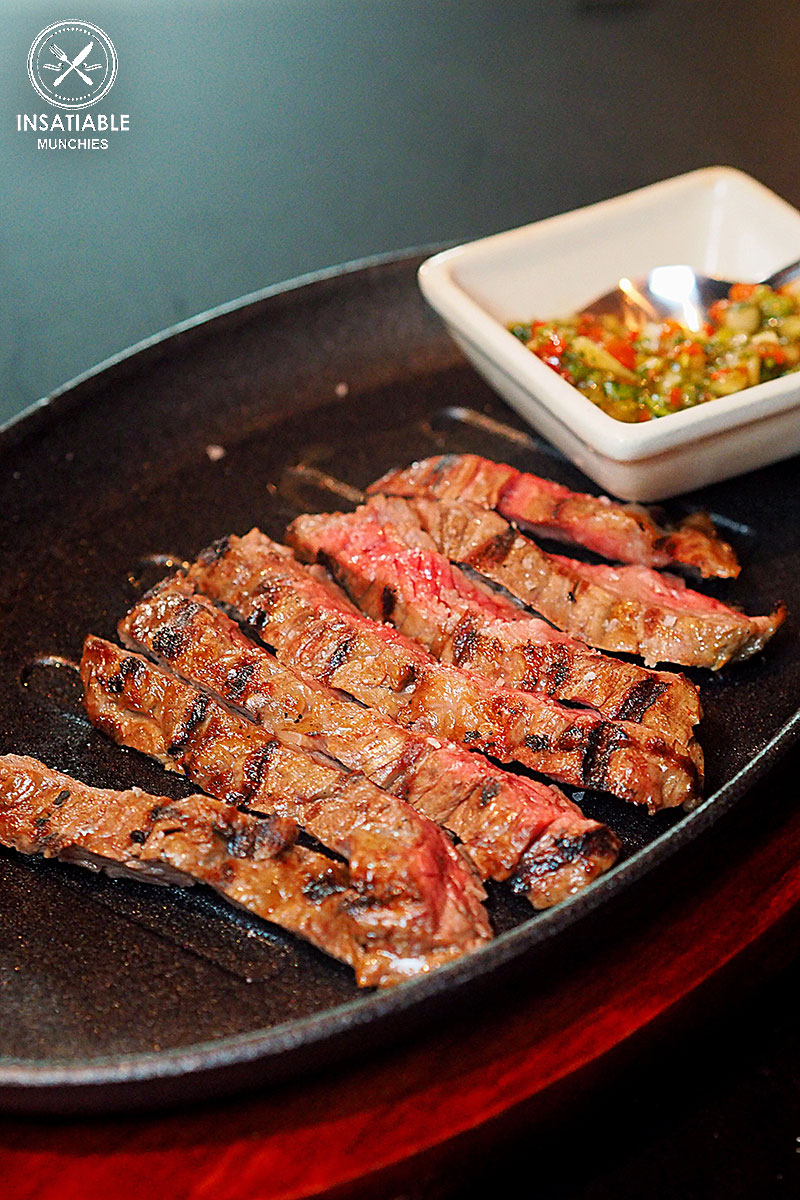 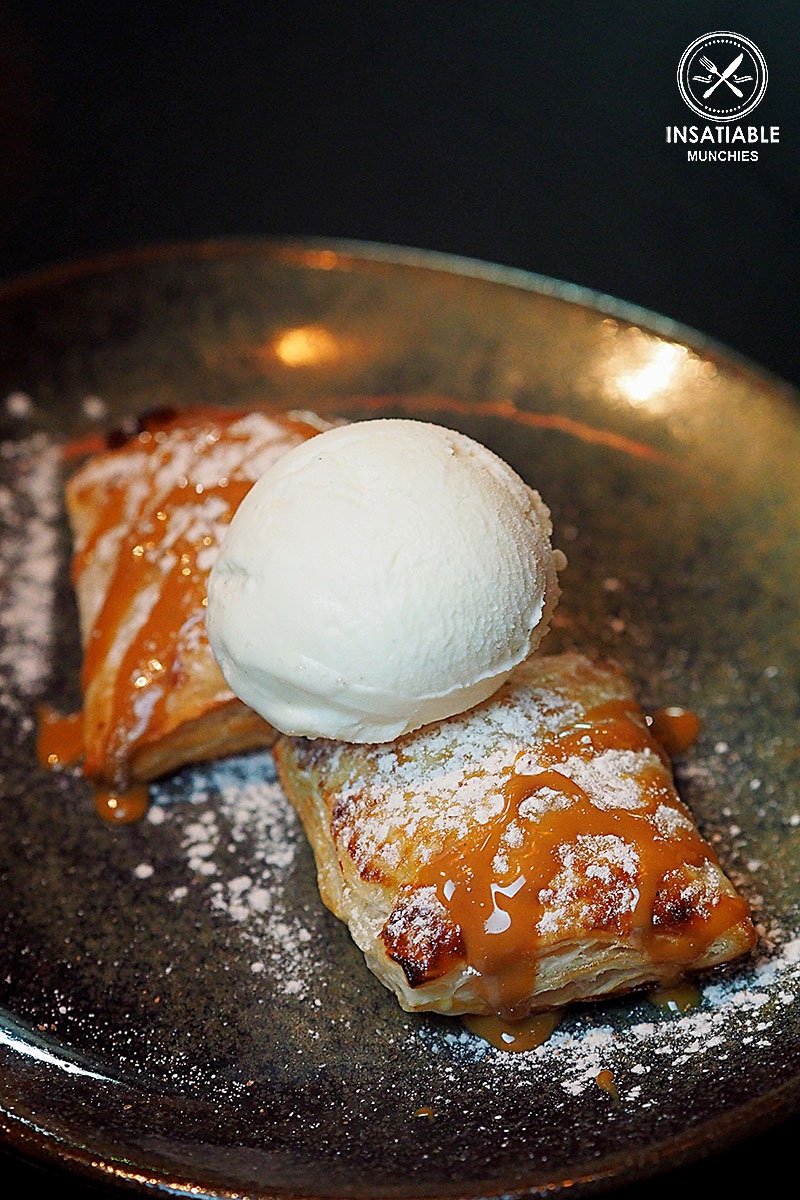 The result? My South American friend wasn’t a fan of most things, while I quite liked that it was something different on the Sydney dining landscape. 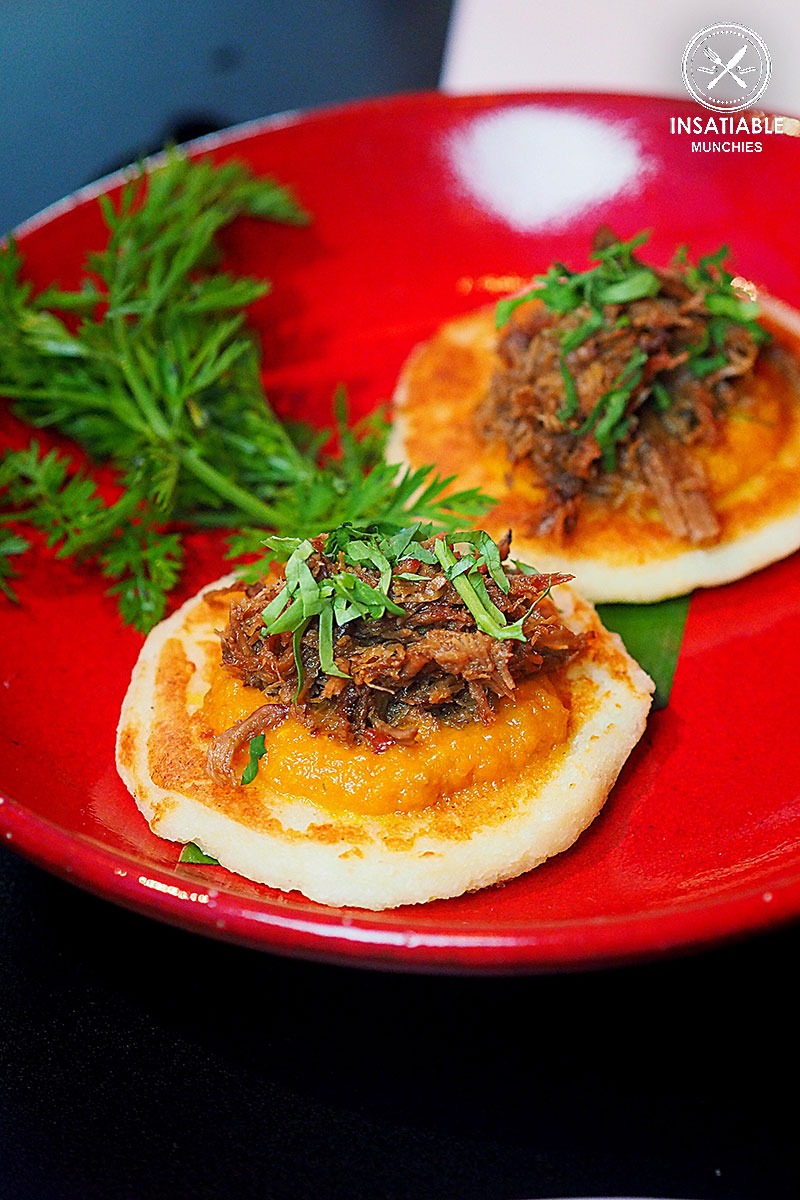 The Arepitas, for example, polarised the discussion. Smaller versions of Arepas (corn bread sandwiches filled with meat and are usually pretty heavy), the Arepitas presented textural issues for him, while I was just happy that it did sit as heavy in my belly like the others that I’ve tried. Was it my favourite at the table? No, but I didn’t actively dislike it like he did. 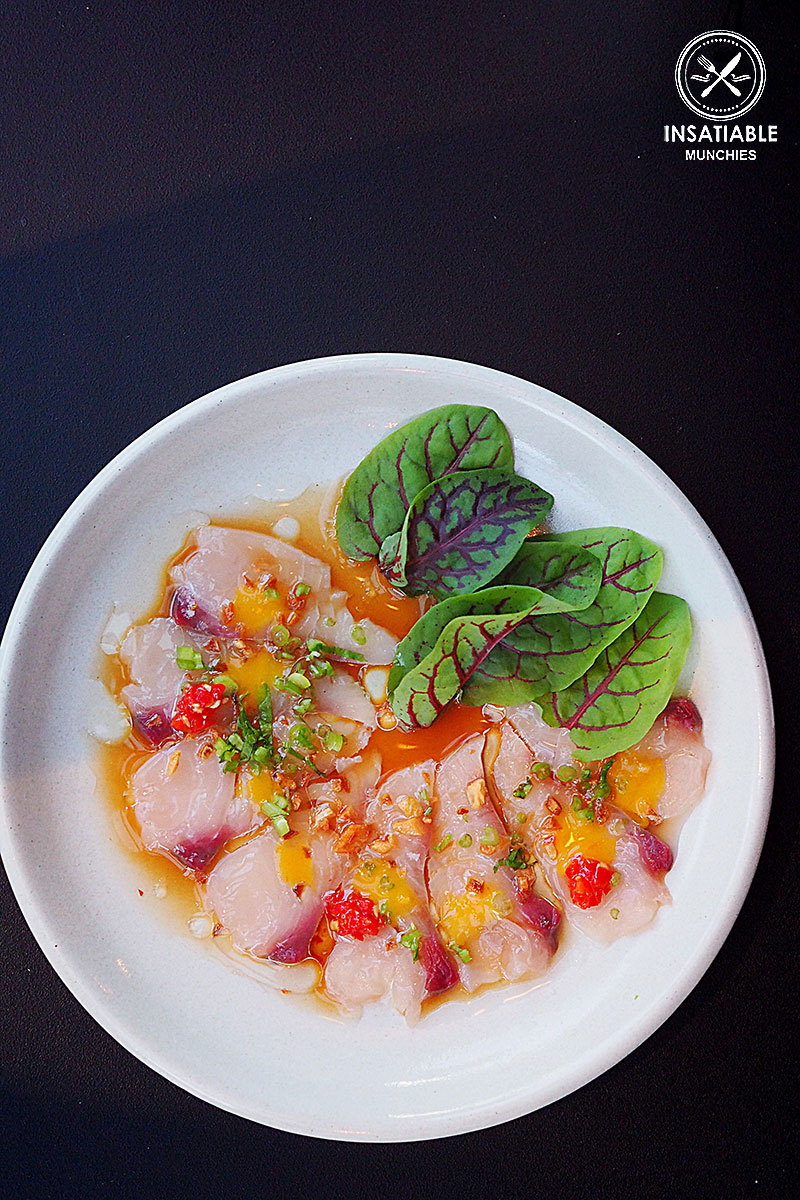 What we could all agree on, though, was that the Tiraditos (think a white fish carpaccio with hit of tangy citrus and chilli) was absolutely lovely. It was fresh and colourful, and everything that you could hope for on a balmy summer evening. 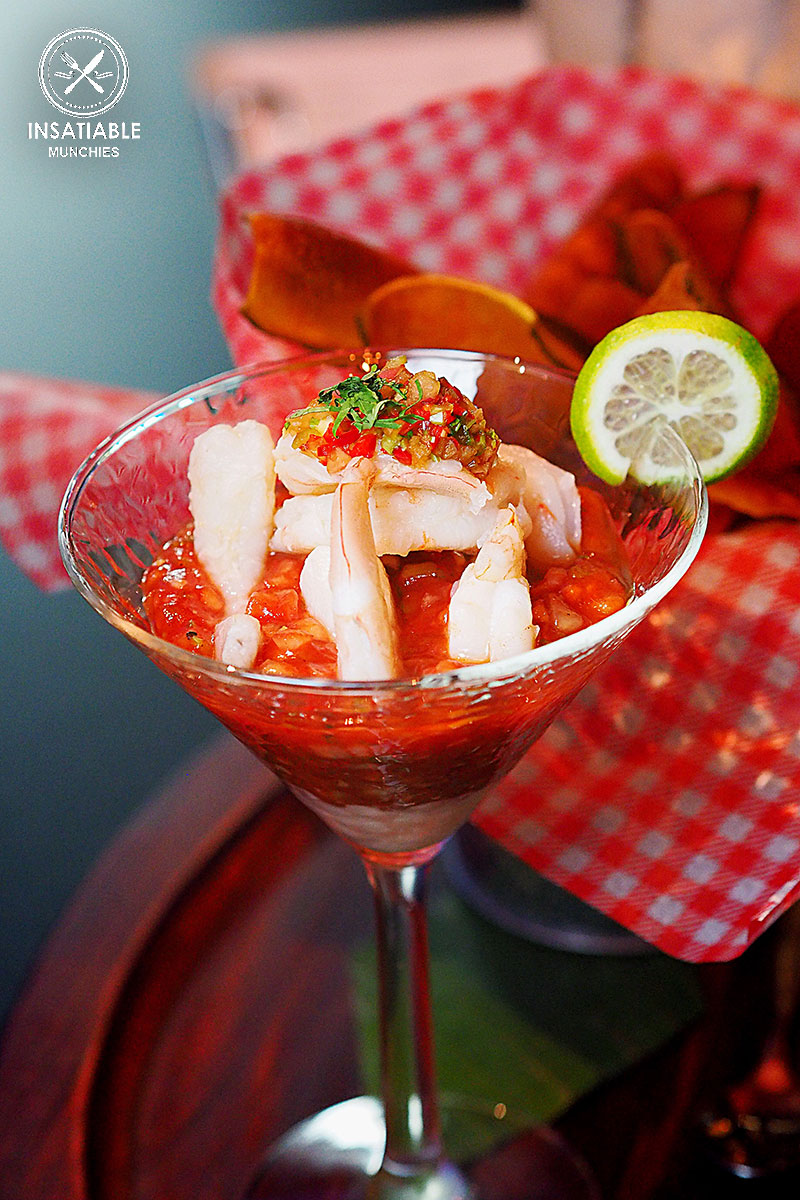 Also on the hit list for me? The Coastal Prawn Cocktail. Kinda like a ceviche but not, the citrus cured prawn was served with plantains and a tomato based sauce, and the combination just made all my taste sensors go off at once. In a good way. Very moreish, and definitely whets the appetite. 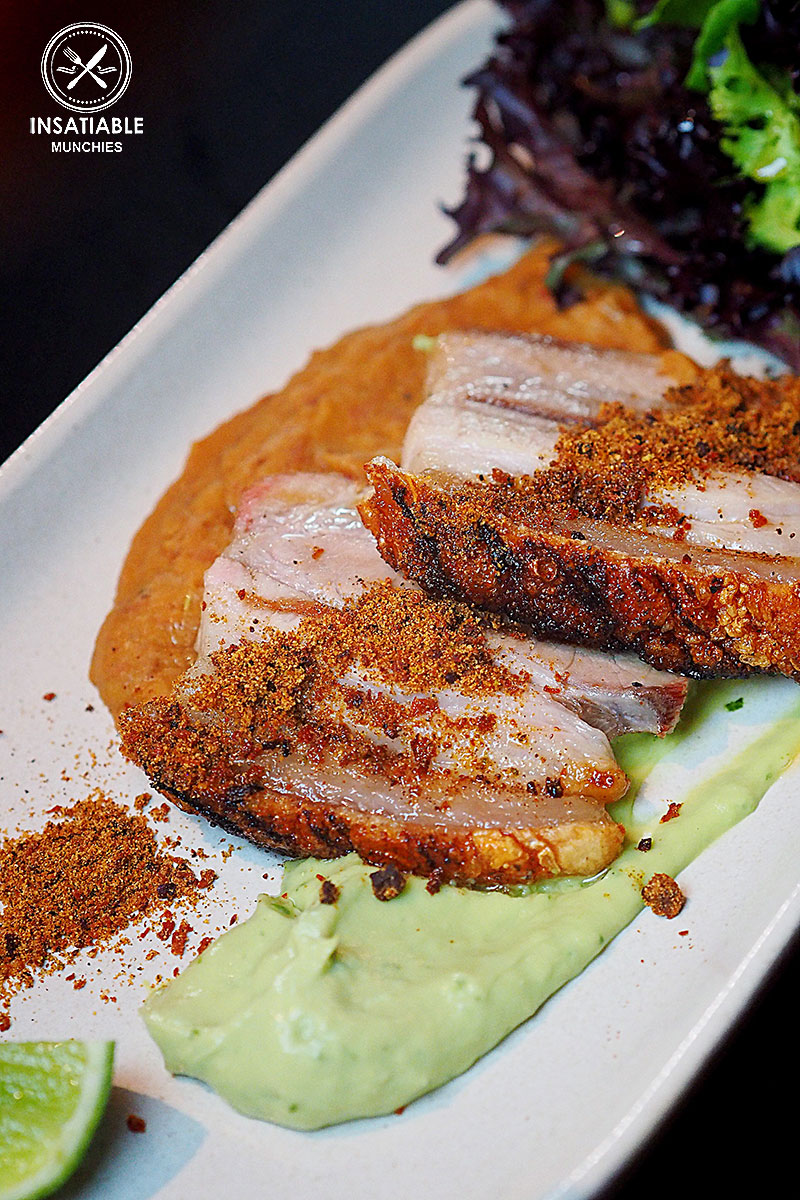 The Chicharron was also lovely, because it takes an especially sad person to mess up crispy pork belly served with chorizo crumbs. COME ON! Does that not just speak of piggy genius? Seriously though, it was a really nice dish, save for the one critique that the chorizo crumbs weren’t especially…chorizo-y. I was expecting more paprika and smoke flavours to come through on that count, but it didn’t. Not that it took much away from the dish I don’t think. 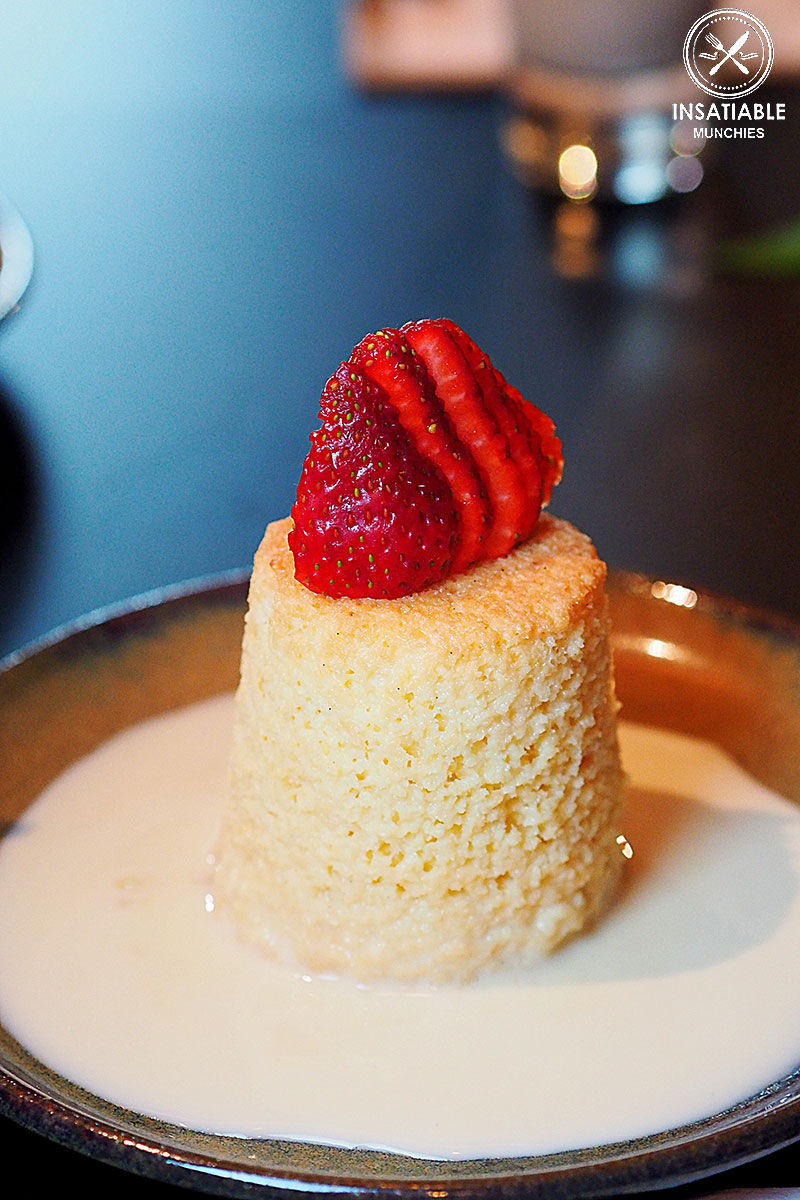 On the dessert front, the Tres Leches cake was particularly moreish for me. I have my doubts about its authenticity, but there was just something about it that triggered childhood memories of me soaking my sponge cake in milk to make a pudding of sorts. Heck, I still do it. Because it’s delicious. That’s why.

La Puerta had a very family feel to it, especially when co-owner Catherine runs the front of house while her husband Oscar runs the kitchen. They were friendly, and Catherine easily chatted to groups of diners throughout the evening. I’m not sure whether this would change with hired guns (we didn’t see any other waitstaff in the small restaurant assisting Catherine) but so far, the small team just means that it’s all personal and cozy.

You’re probably looking at a $30 per diner range, not counting the drinks, and I think that’s fairly reasonable for a night out in Neutral Bay. I can’t say that it’s the most value for money dining given that there are more choices in the city for a lower price tag, but I do think that the South American cuisine is underrepresented in Sydney, which makes La Puerta worth a try.

Located just off a busy street, La Puerta gave me a sense of a little hidden corner where you can have dinner and conversation, and unwind after a long day’s work. The sense of family makes everything really comfortable, and Catherine’s easy charm makes for a very relaxing evening.

The criticisms of my South American friend made this review a hard one to write. For me, the experience was more about the warmth of the service than the food, but I didn’t think that there was much to complain about either. It was nice, but not stellar, and to be honest I don’t have enough experience to give a good critique on its authenticity.

I guess that’s the thing with cultural foods: whether or not it’s “authentic”, as long as it speaks to you, it works. Sure, it won’t work for everyone, but I like that La Puerta wasn’t trying to sell a particularly authentic take anyway. They want it to be an accessible version of their home favourites, and I walked away wanting to try more South American cusine.