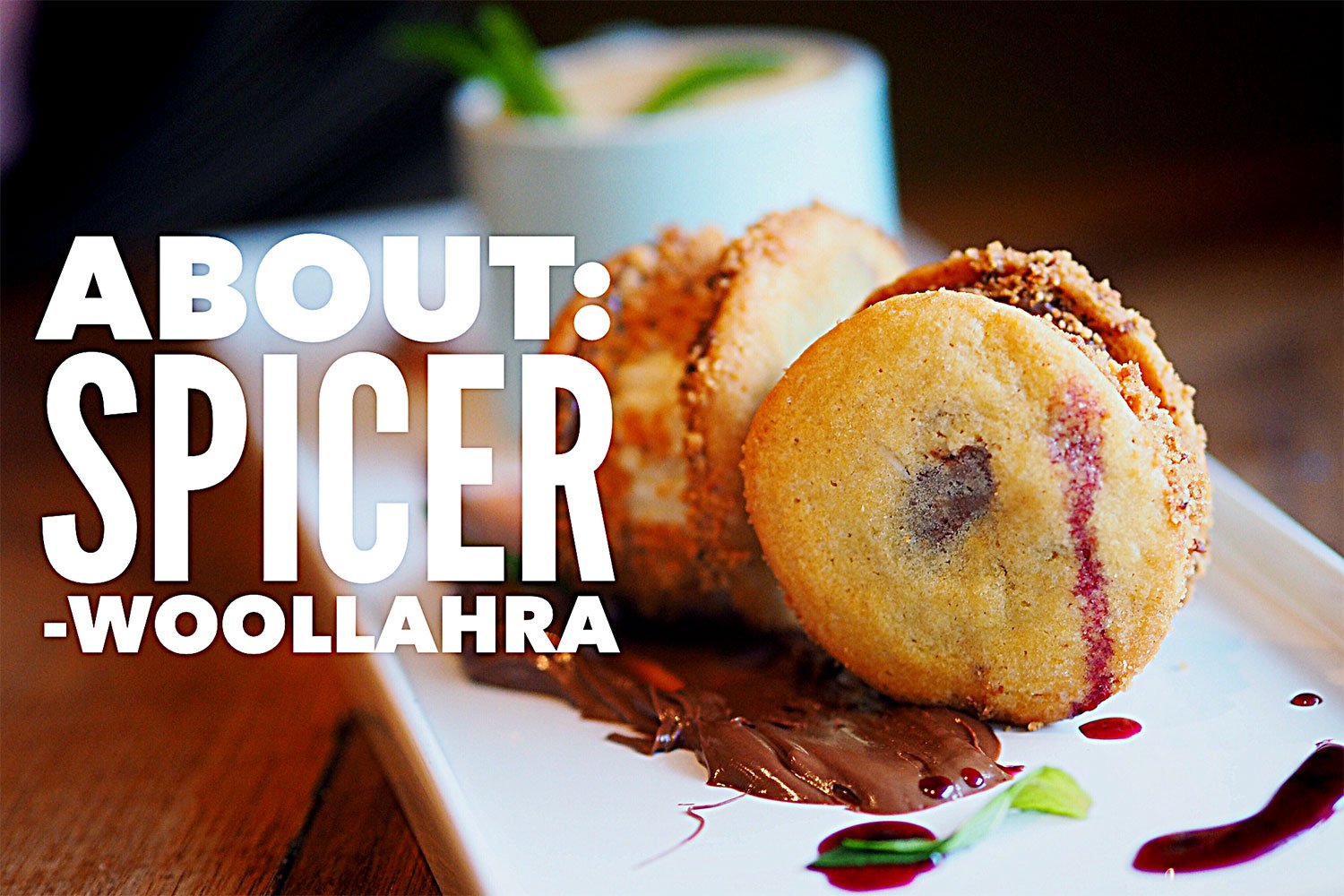 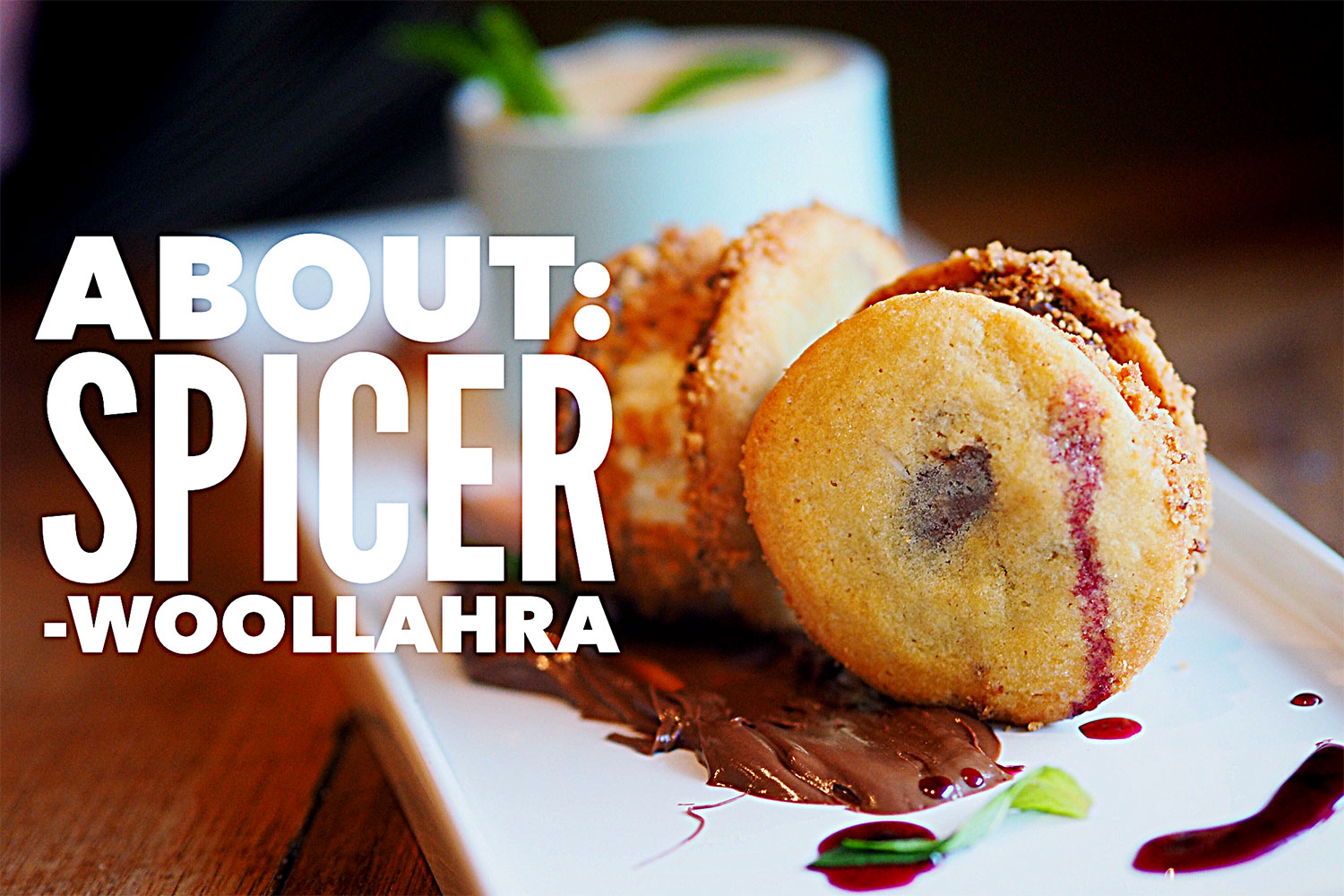 Other than my time at Victor Churchill where I met Anthony Bourdain (I’m still fanning myself from the excitement of it all!), I don’t spend a lot of time in the Eastern Suburbs. I mean, it’s pretty and all, but I only ever get more absorbed in my plate of duck fat potatoes as fit people in gym gear run by with their giant dogs on a leash. 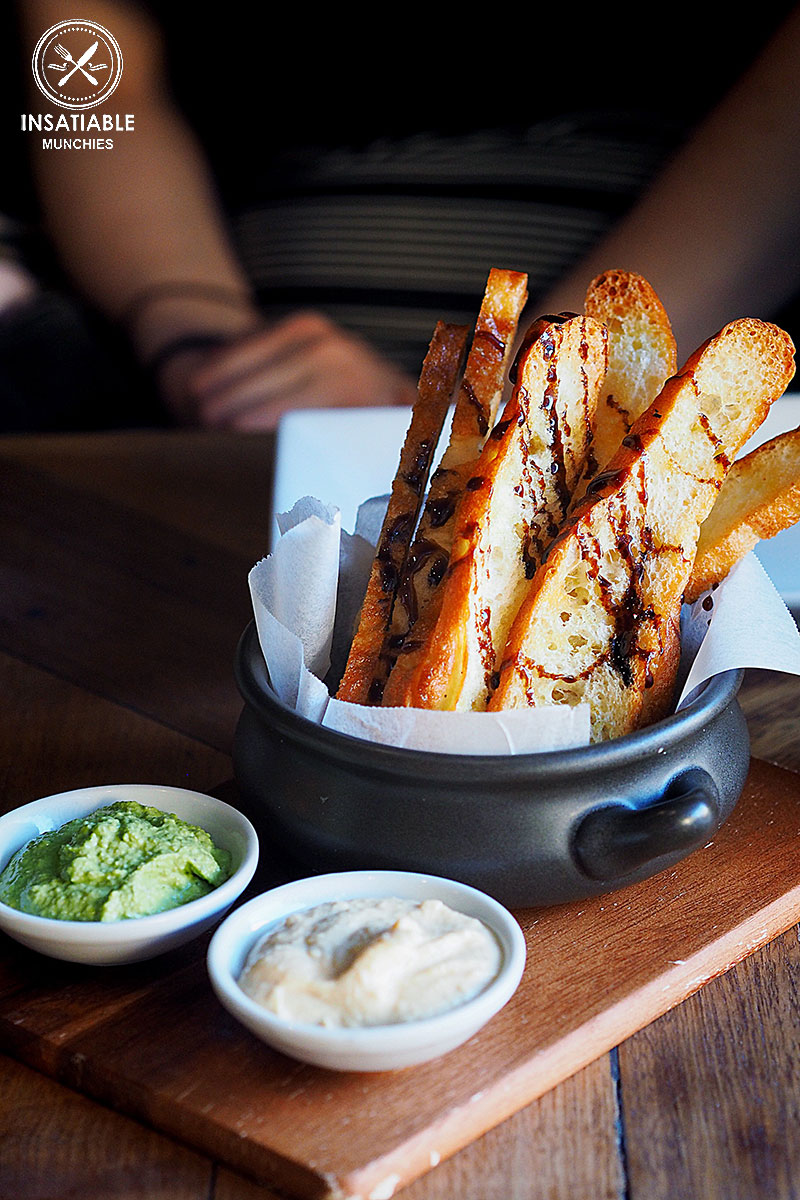 So anyhoo, I put on my best sweaty gym chic – I’m just joking, it was just a hot day – and made my way up the hill to About:Spicer, who has just started serving up a brand spanking new dinner menu, featuring the oft-misused term, Tapas.

Tapas basically refers to Spanish appetisers, or snacks, and it’s a way to turn my food ADHD into a socially acceptable way of having a meal. The idea is that you order everything and the kitchen sink, and you share it with your friends so everyone can have a bite of everything. 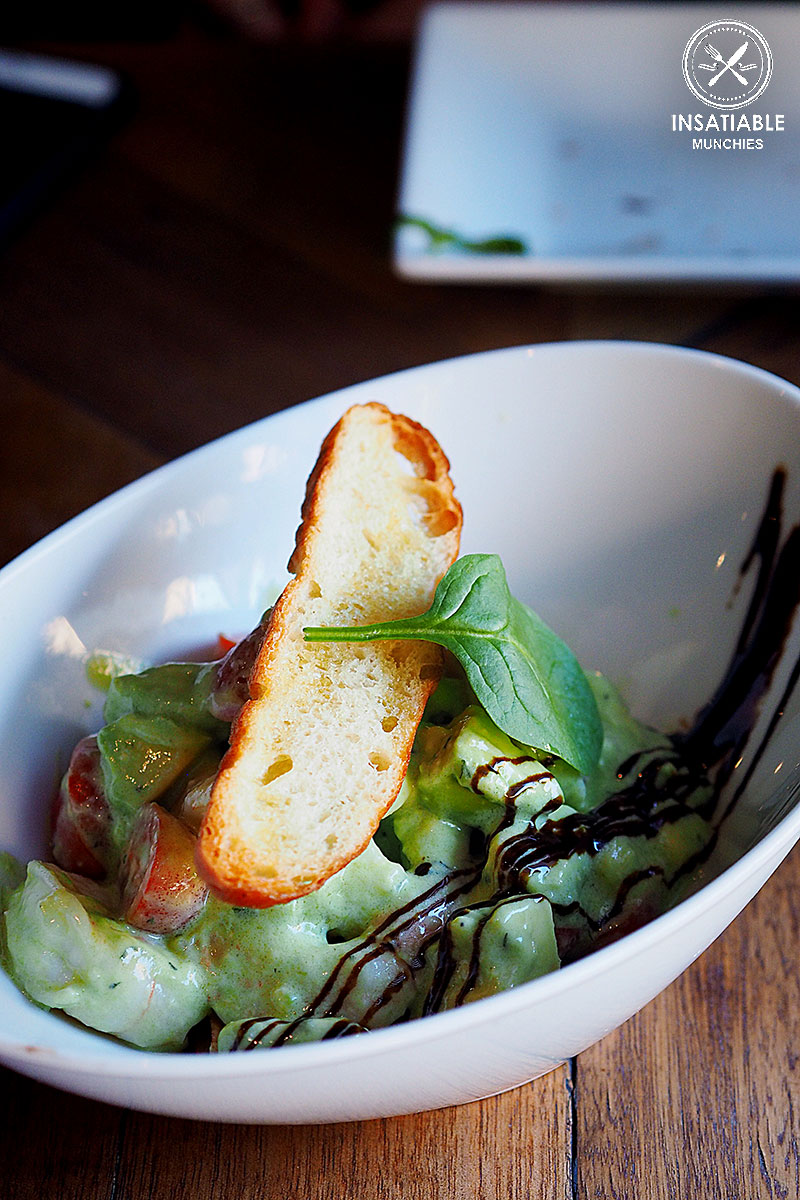 Well, at About:Spicer, the Tapas is just a little on the large side. Much like the rest of Australia, it’s actually in a large enough serving that you can have it as a meal to yourself. Great for value, not so much for variety. The classic Prawn Cocktail, $18.50 is light, creamy, and ever-so-slightly sweet, and whilst not the most photogenic dish, was a refreshing dish for a balmy summer evening. 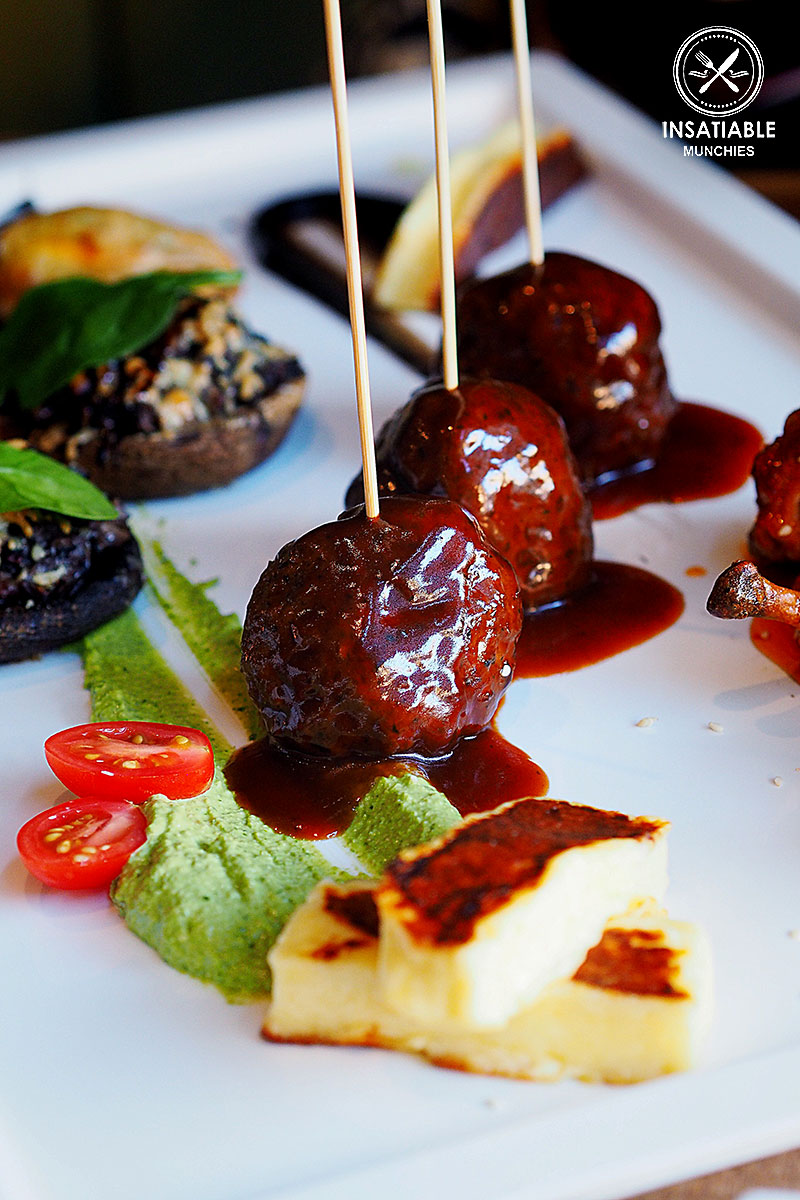 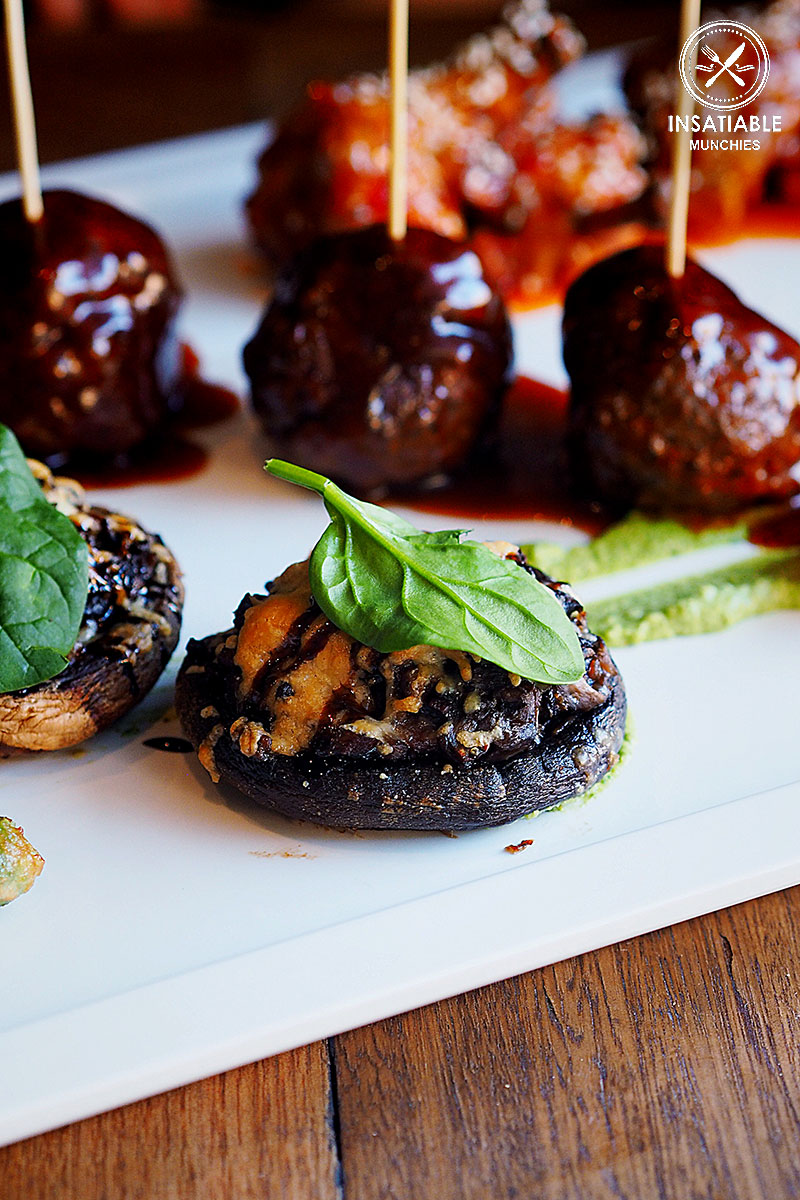 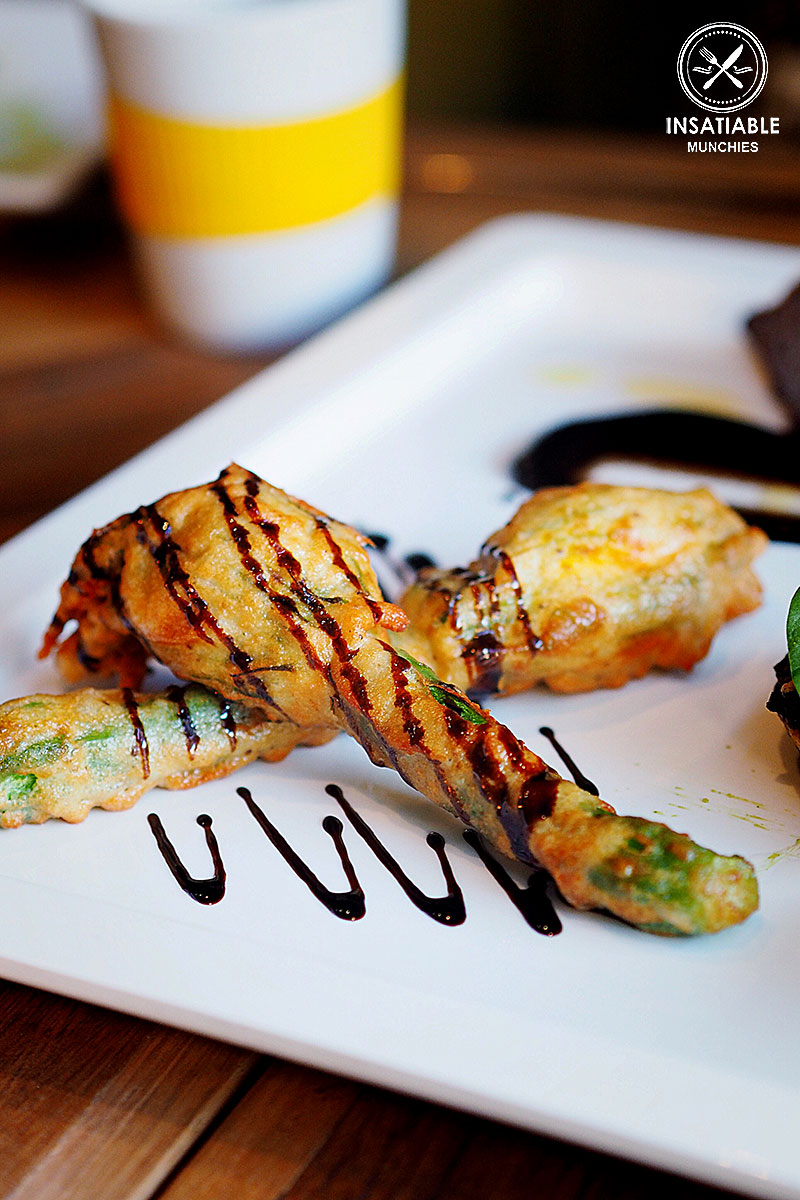 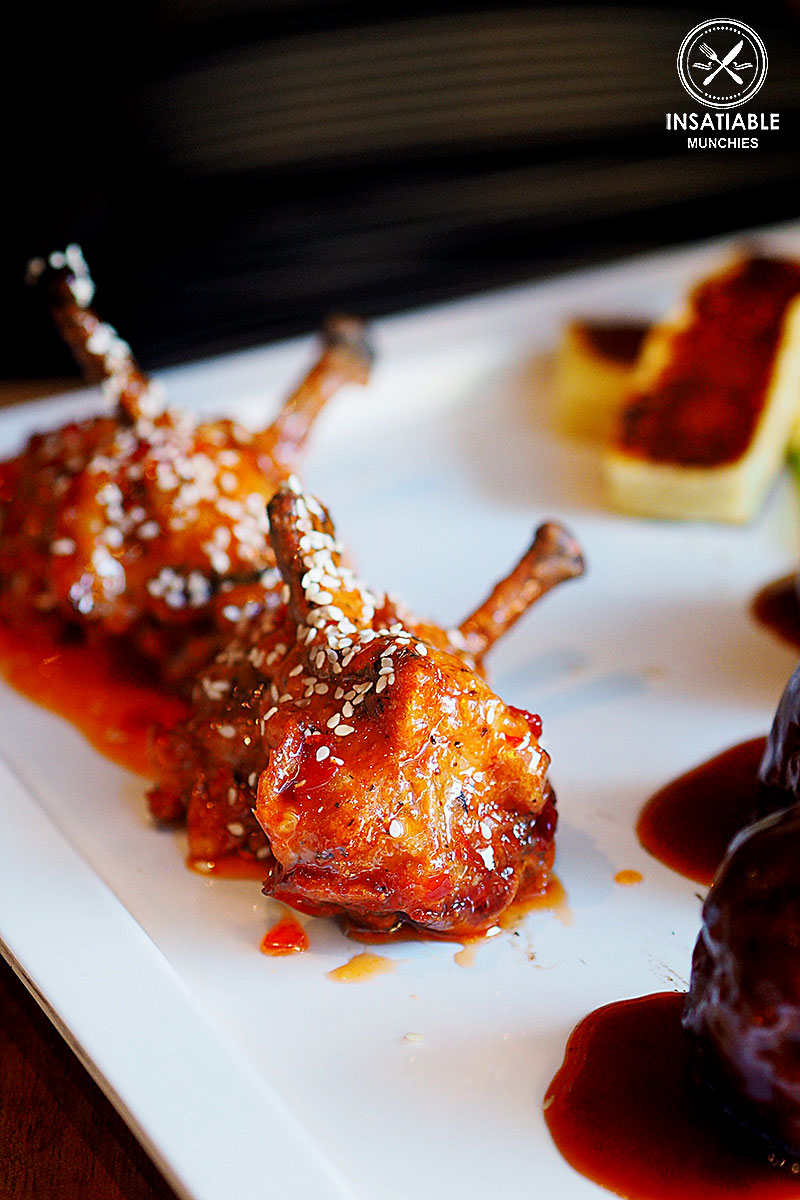 Other notables included the Stuffed Zucchini Flowers, because you can’t go wrong with the words : cheese and deep-fried. Sure, the flavour of the goats cheese might be a little affronting to some people – goat and sheep dairy tends to have a love-it-or-leave-it relationship with many people I know – but I’ve always thought that zucchini is the wallflower of vegetables (or some might say, ahem, delicate) and the goats cheese was just the personality that the zucchini needed.

The Kentucky Bourbon Meatballs were finger lickin’ sticky sweet, and while not the most amazing meatballs that I’ve ever had, brought back childhood memories of loving glazed EVERYTHING. Glazed ham, glazed doughnuts…glazed look in my eyes. 😉 In fact, I still have a childish glee when I see the glossy sheen of sugar on my food.

And you know what else is delightfully notable? The service. Sina (pronounced Zee-na, like the warrior princess), our waitress, was bubbly and fun, and just exuded the kind of careless charm that only a European can pull off. It really made us feel relaxed, relaxed enough to actually believe we could take a nap right at the table to try and work off the food coma. 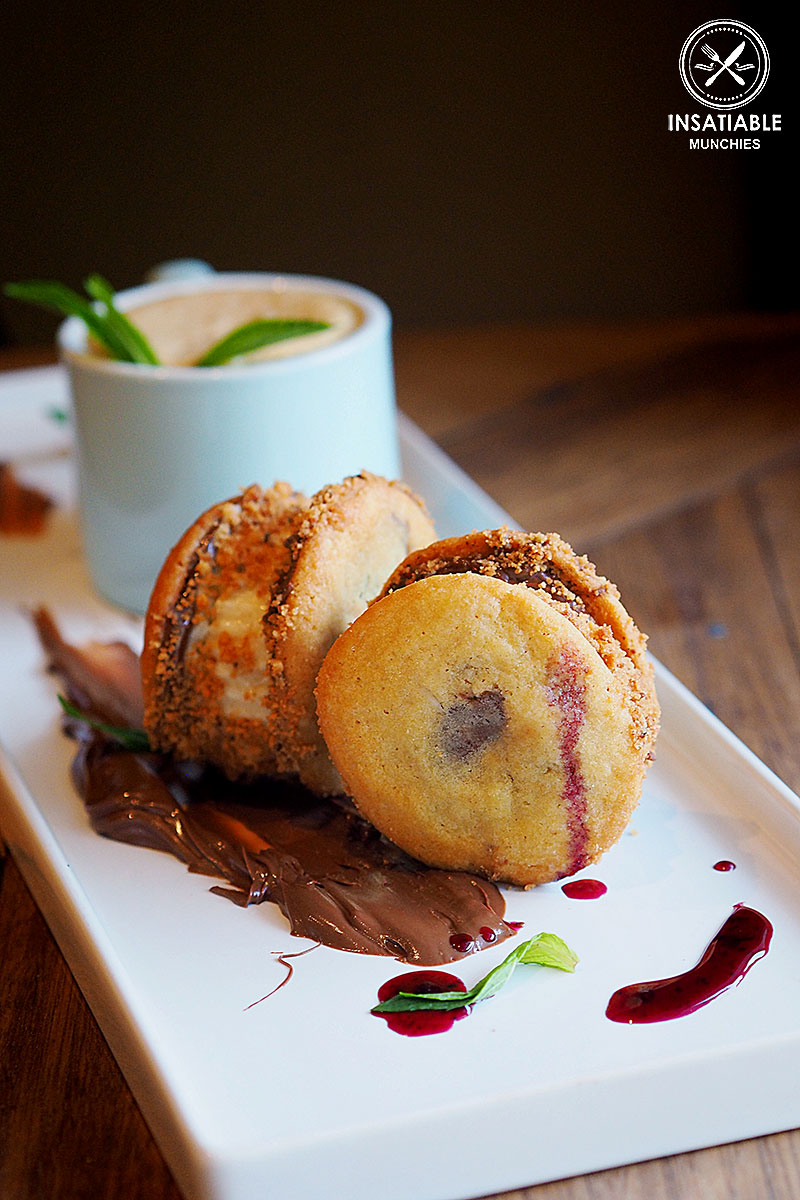 And food coma it was, compounded by the luxurious Frozen Banana Cheesecake with Nutella and Kahlua Foam. If you order nothing else at About:Spicer, you should order this. Packed full of actual banana flavour, and a strangely satisfying icy texture, I could bring home a whole tub of that frozen cheesecake and lick it all up with a spoon. The rest of it, however, I could take it or leave it. The kalua and nutella were saccharinely sweet, which probably wasn’t the best idea after eating my weight (and what a large weight it is) in food.

For a new menu, I think that About:Spicer is heading in a good direction. Nothing that I tried tasted too much like other things on the menu, which gives you value for variety, but the individual dishes could use a bit of finesse for my taste. The Stuffed Mushrooms, for example, didn’t deliver that salty kick that I wanted out of well, bacon and cheese, and it came off as a bit average for something that includes my two favourite things in the world.

I’d really like to see what they do for breakfast though – bonus points if that banana cheesecake is available in the morning too!

Insatiable Munchies dined as guests of About: Spicer.