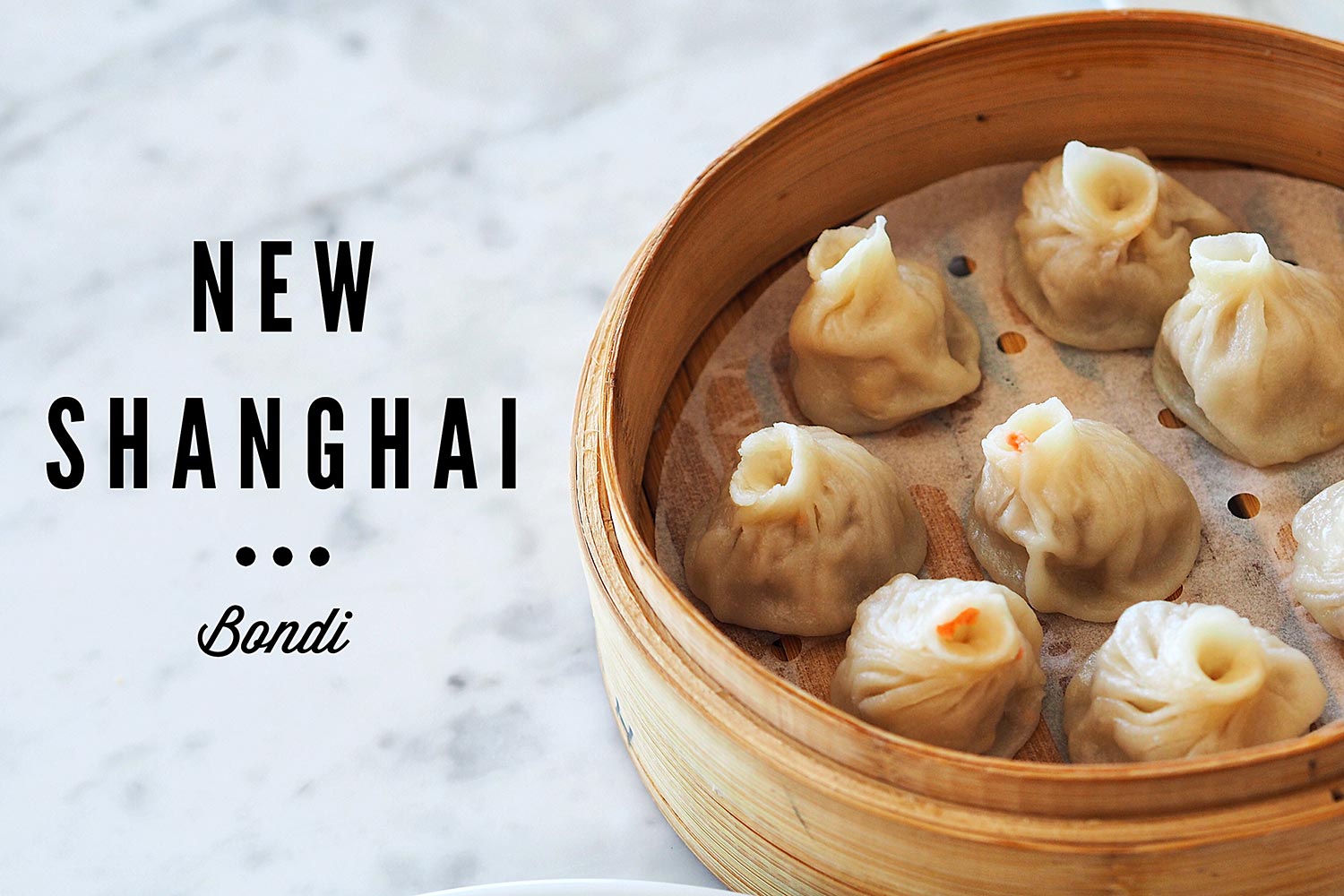 You know the stereotype about Asian menus having 10 billion different items so you don’t know what you want to order? Well, let me tell you that the Struggle. Is. Real.

And I was totally struck by a case of analysis paralysis when I rocked up for my invite to New Shanghai and their steaming baskets of dumplings.

So what do you do when you don’t know what to order? Well, “order everything” seems like an answer we can go with! 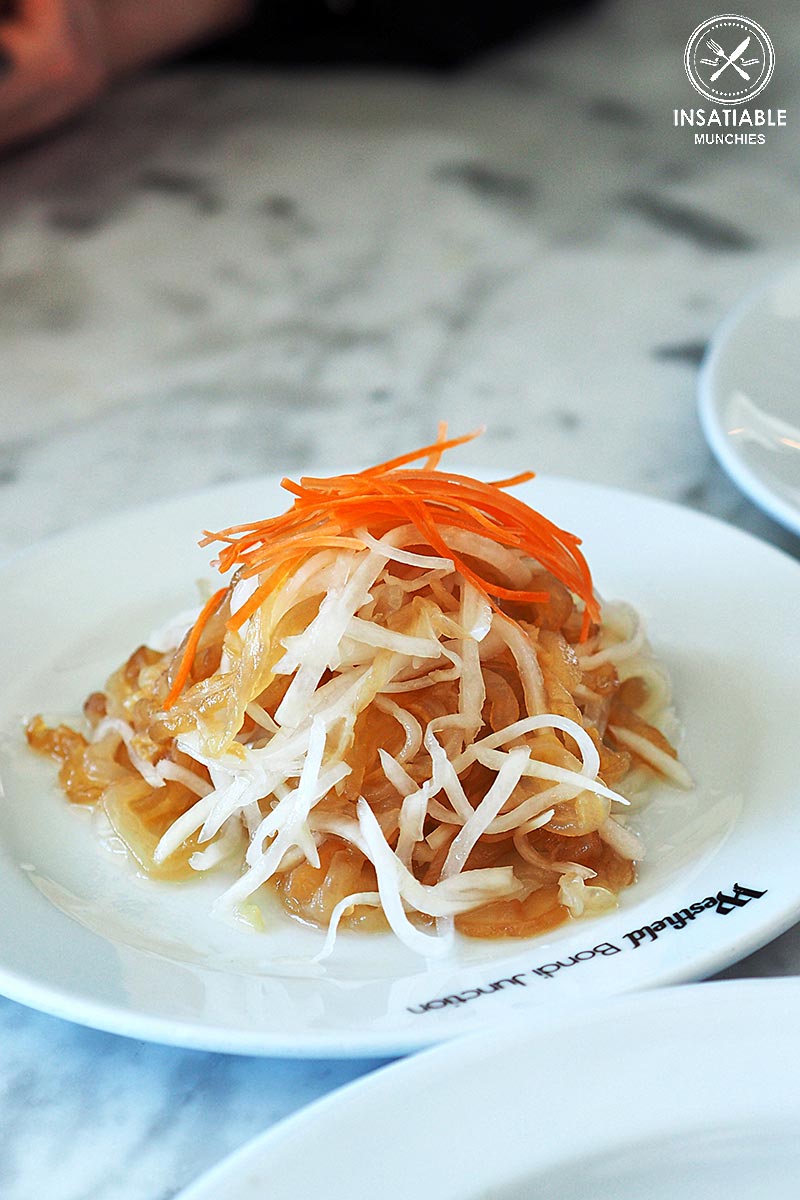 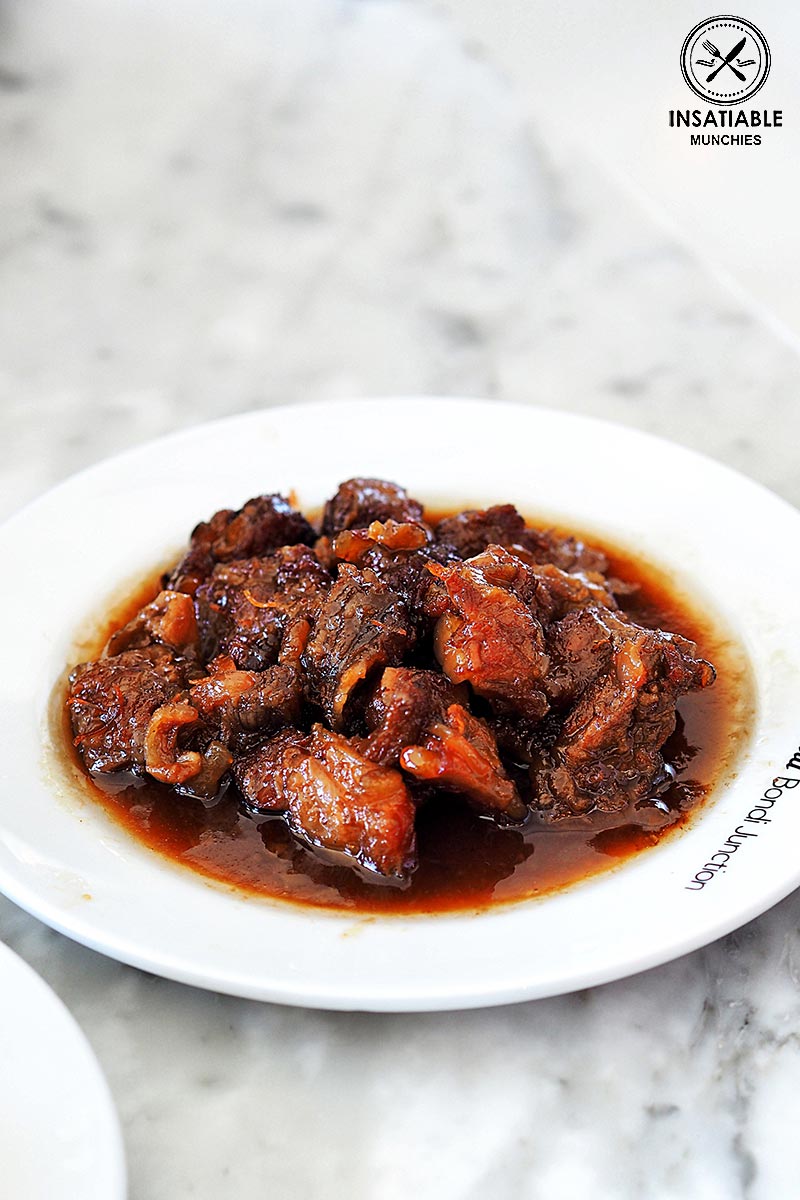 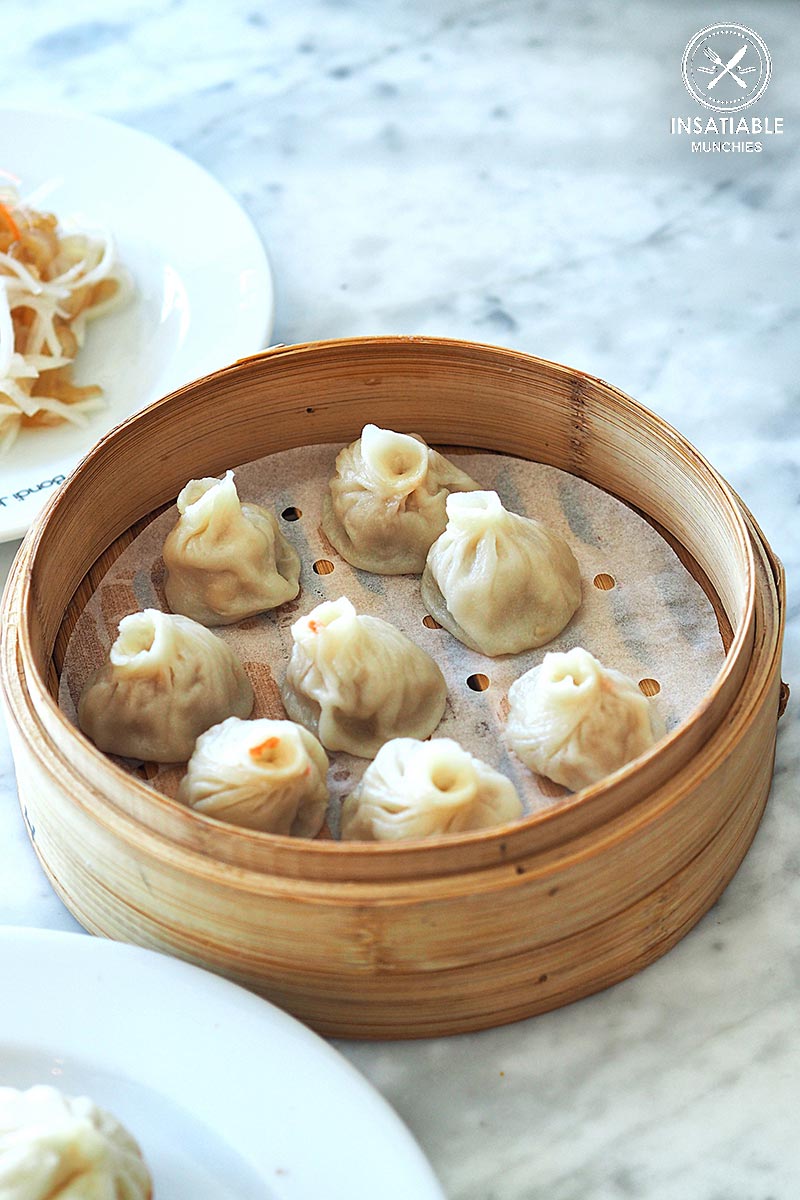 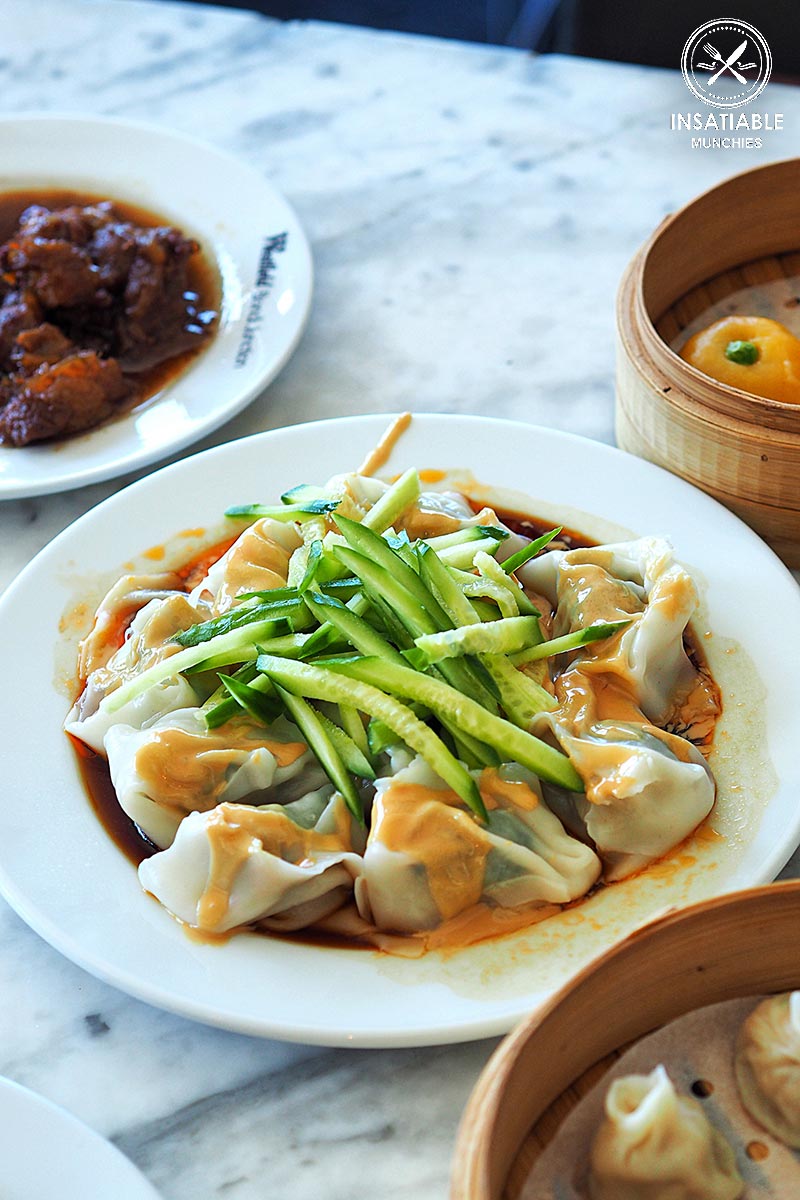 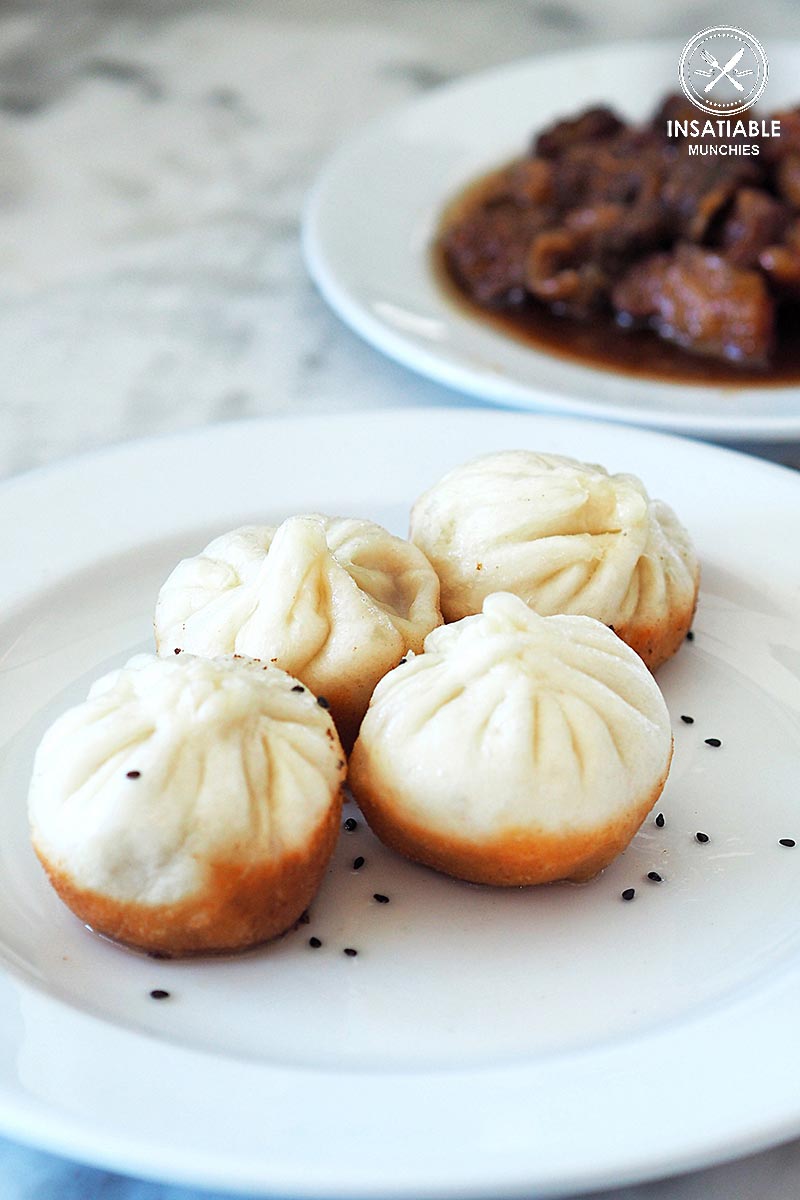 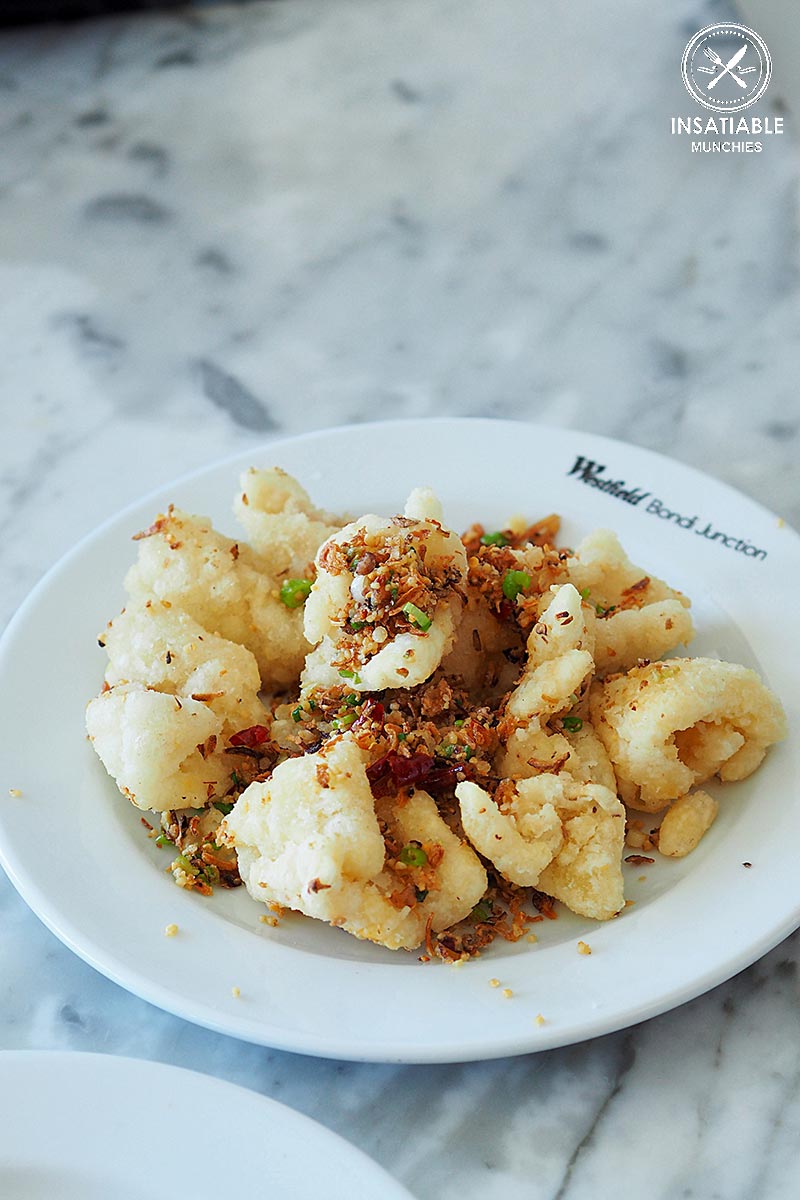 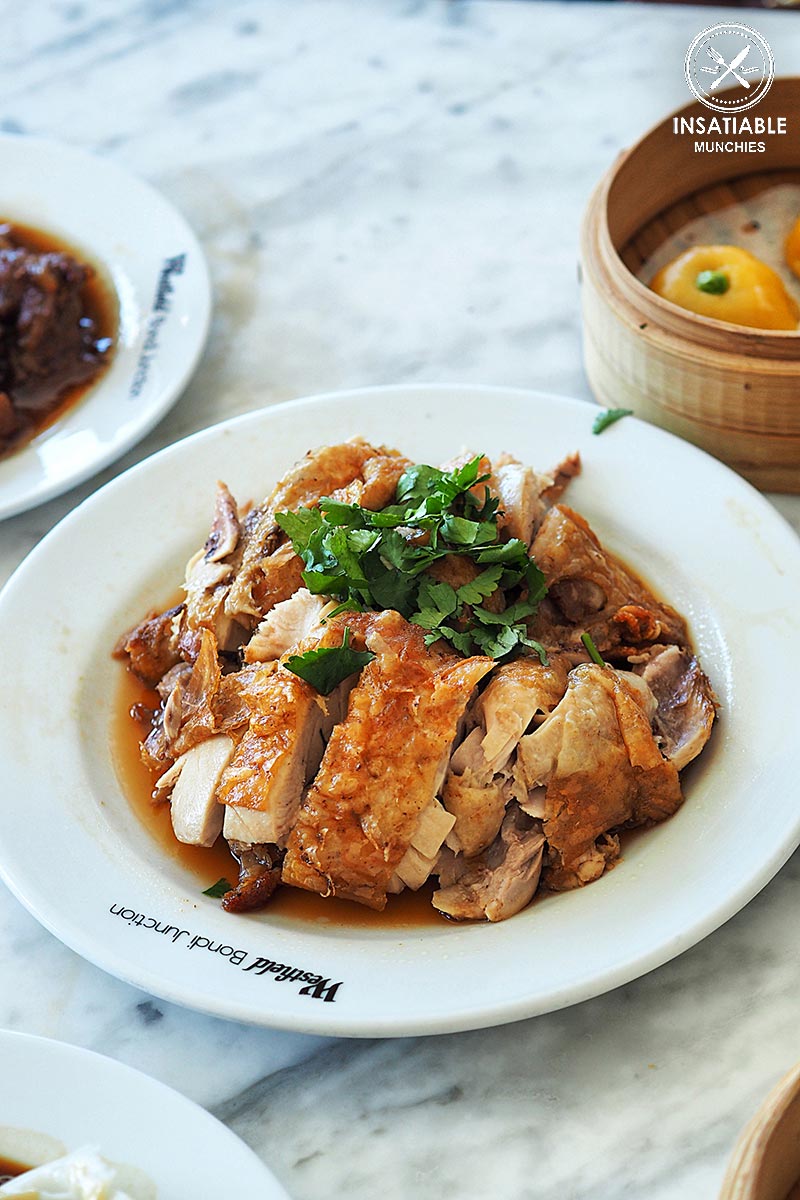 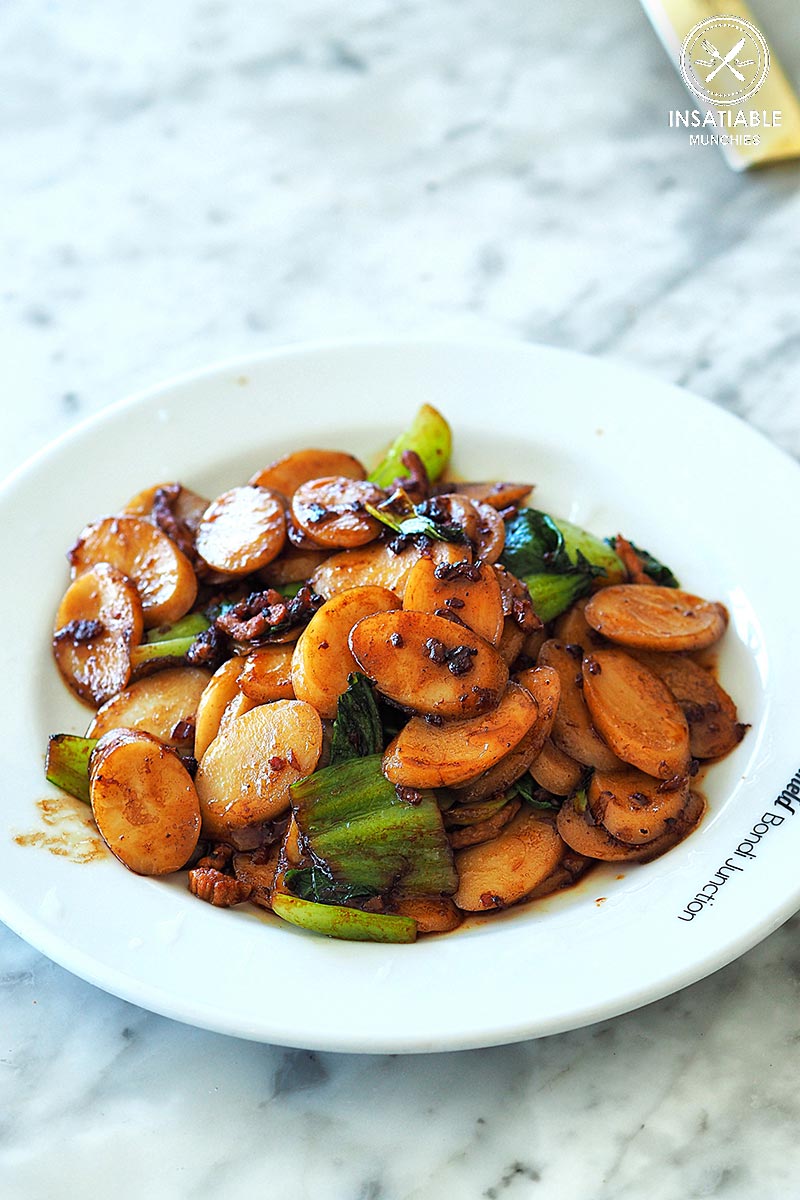 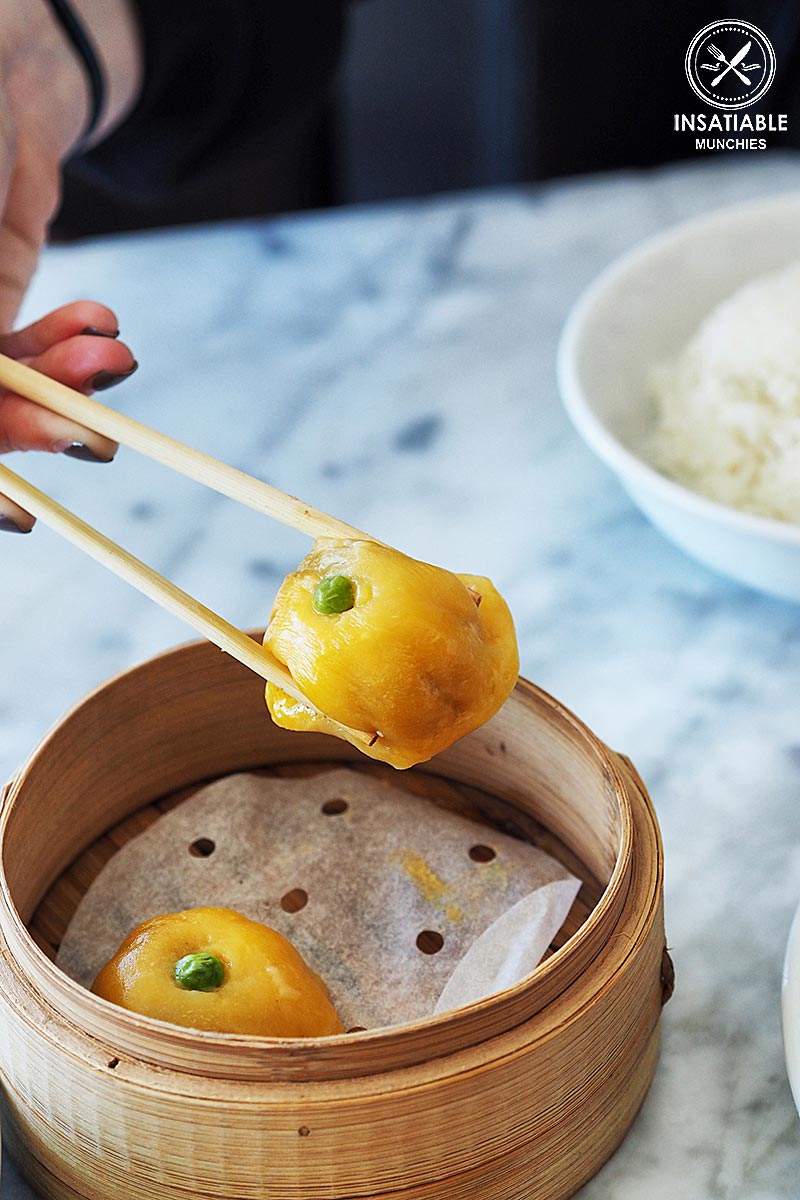 I’ve long popped my New Shanghai cherry, and the biggest gripe I’ve always had is about the consistency between the outlets. I usually go to Chatswood, for example, and it’s usually pretty good, but a scheduling decision put me at the Bondi branch this time, which showed some cracks in its armour. The all important Xiao Long Bao (Soup Dumplings) have always been steaming hot full of liquid in Chatswood, but this time, they were not quite as soupy as they should be. Even accounting for the time it took for me to take photos. The skin was not quite thin or translucent enough, although the filling itself was quite tasty.

The Pan Fried Pork Buns, on the other hand, did what the soup dumplings should have done, and burst forth with super hot juices encased in a sweet fluffy shell made out of Chinese milk dough. That, I could have kept eating forever. That, and the Fried Rice Cakes in X.O sauce? YYAAAAASSSSSSS. There’s just something about the firm, chewy slices of rice cakes that just gives you a warm hug from the inside and tells you that everything is going to be okay.

Cold dishes also fared well – the Shredded Jellyfish with Sea Salt and Soy was quite refreshing, and the Sweet and Sour Pork Rib, while containing more cartilage than I was expecting – was also very moreish. Light, and balanced, because shredded jellyfish is a salad right? And it’s good for you?

Other hot dishes, on the other hand, didn’t do quite so well. The Salted Egg Yolk Calamari tasted like it had no egg yolk at all – which either means that there was a distinct lack of egg yolk, or that the order was taken down wrong, even though it was repeated back to me – and it did taste like more batter than calamari at many points. The Shandong chicken had clearly been off the mountain for too long, because while it’s meant to be served at room temperature, both the chicken skin (which was meant to be crispy) and the sauce were a pale shade of tepid.

The sweet dish to finish – Steamed pumpkin & sticky rice cake filled with pumpkin paste reminded me of Japanese mochi, which is not such a bad thing, except that I was really looking forward to a pumpkin tasting filling, rather than something that looked and tasted like red bean.

But like any relationship, it has its ups and downs, and while this might’ve been a blight in my otherwise great experience at New Shanghai, it’s not enough to deter me from going back…to the Chatswood branch.