Like a Pizza, But Not: Just Man’oushe, Sydney CBD 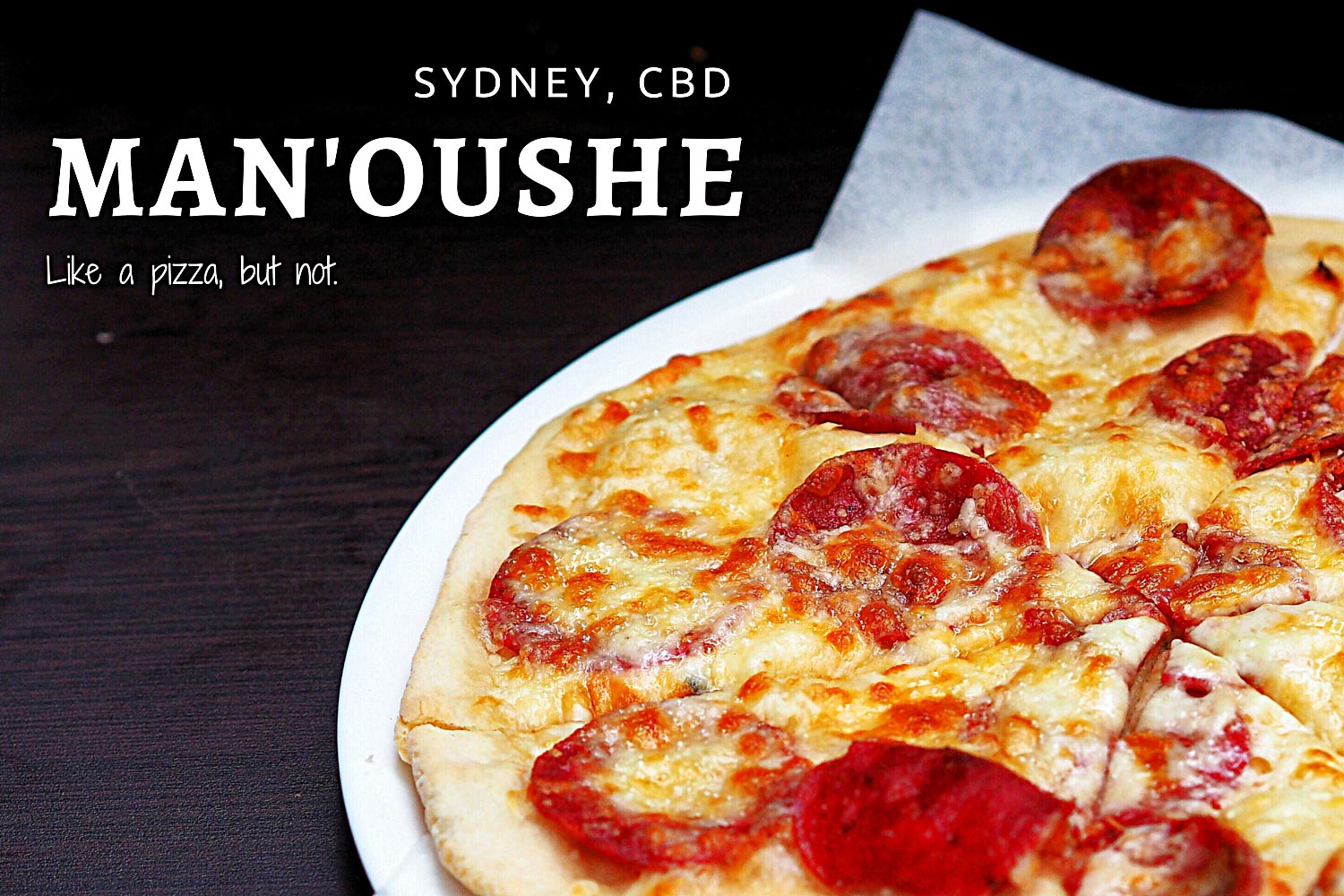 I have something to admit: I’m not much of a pizza person. I mean, I like it as much as the next person, but I don’t live for it, like some people do. Heresy, I know. 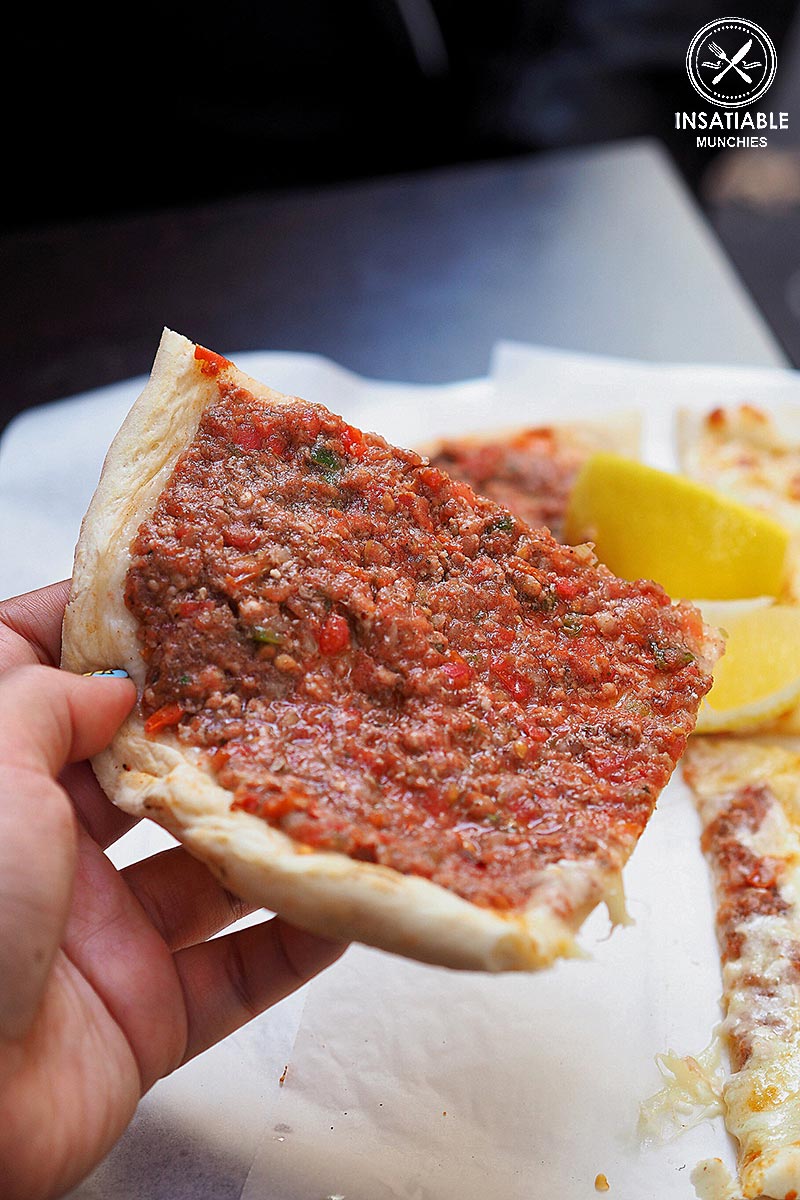 Man’oushe really refers to the flatbread, and is usually served with some melted cheese with a smattering of dried herbs like oregano and thyme. But like all delicious things, there are always variations, and it has evolved to pizza-like proportions, with a huge variety of options to choose from! 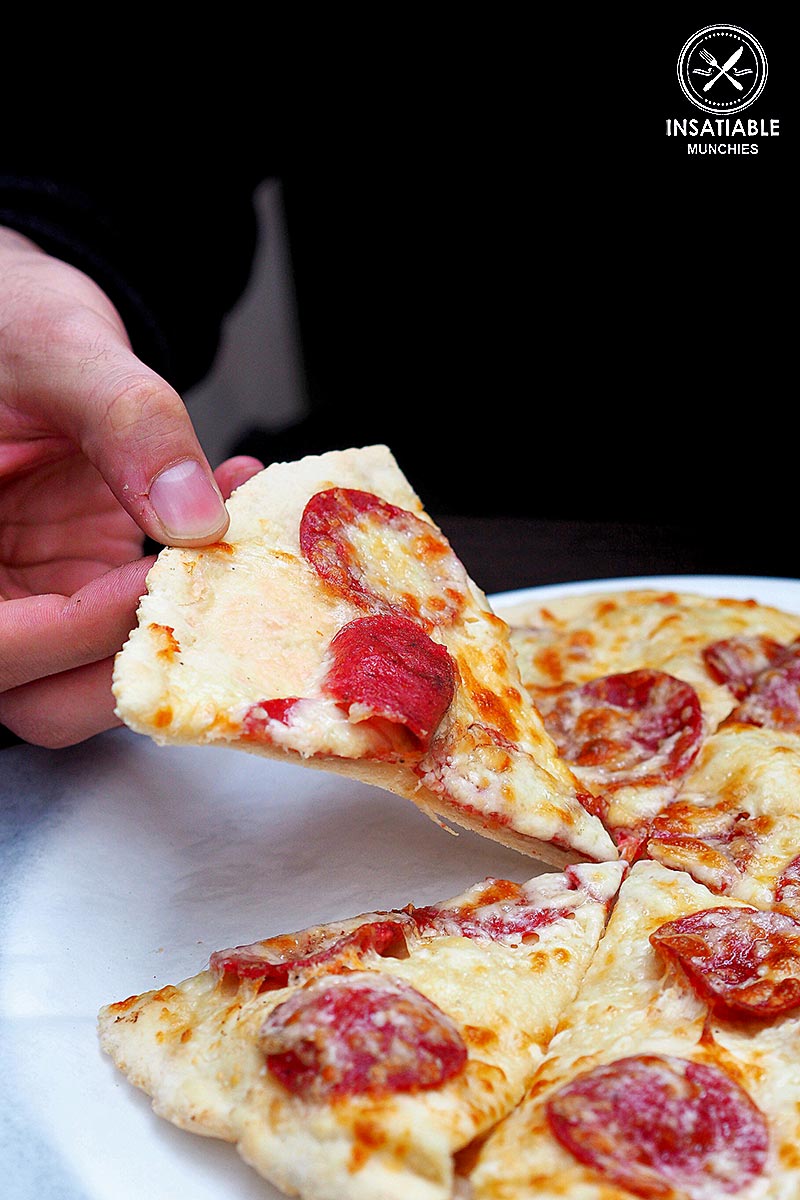 The biggest difference to me between man’oushe and pizza, is that there isn’t a sauce requirement to go over the base. But really, with a squeeze of lemon and a sprinkle of chilli flakes, it does not need it! We tried the Minced Beef and Cheese, which involves seasoned raw beef mince warmed on flatbread, and it was super addictive. The mince was laid on thinly, and wasn’t as chunky as the beef mince that you’d get from the store, making it more saucy than mincy, if you’ll excuse my uh, scientific terminology here.

If you’re not as adventurous, the sujuk and cheese – a spicy beef sausage and a light covering of cheese – also works as a delicious variation on the classic pepperoni pizza. But really, try the beef mince. It’s amazing.

The service has also been delightful, all owing to the young pizza chef. He clearly loves his food, and is always at the ready with helpful suggestions and explanations to create the best experience! We went there after a rainy afternoon one day, and he was the only one to notice that the seats were wet, and came out of the kitchen to get us dry chairs. Very thoughtful.

I’m looking forward to working my way through the menu at Just Man’oushe, and if what I’ve had so far is any indication, it’s going to be awesome.